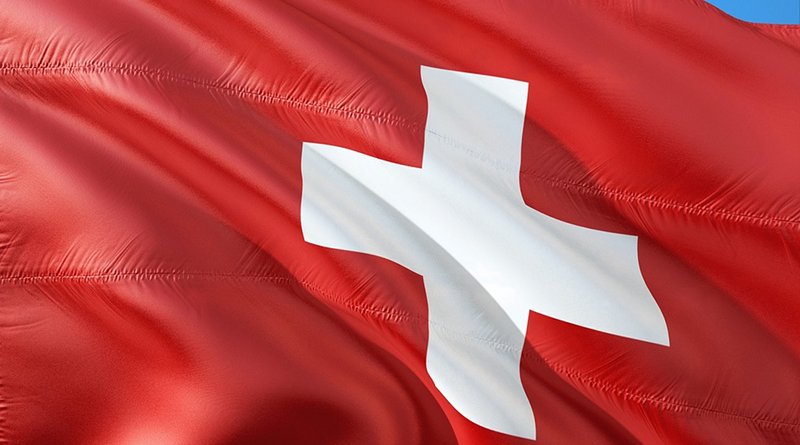 It’s been about a decade since funds embezzled in a Kenyan corruption scandal were frozen in Switzerland, and the money hasn’t moved. If the Kenyan authorities continue to dither, the case for giving it back may lapse. Switzerland could take independent action – but will it?

It seemed that a long, inglorious story was drawing to a happy end when, in July 2018, Kenyan President Uhuru Kenyatta welcomed his Swiss counterpart Alain Berset to Nairobi.

They signed an agreement that set the framework for the repatriation of corrupt money to the east African country. Switzerland had frozen around CHF2 million ($2.02 million) originating from one of the biggest corruption cases in Kenyan history – the so-called Anglo Leasing scandal. In it, Kenya lost more than CHF600 million through systematic fraud. The money was funnelled to numerous shell companies, many of which had an address in Geneva. Because part of the criminal money was laundered in Switzerland, or via the Swiss financial system, the Swiss Attorney General in 2009 opened a money-laundering investigation and froze the CHF2 million.

The money remains in Switzerland to this day. The Swiss Office of the Attorney General is waiting for a court decision in Kenya “ordering the confiscation of the assets in question,” according to a joint statement made to swissinfo.ch by the Federal Department of Foreign Affairs and the State Secretariat for International Finance.

Kenyan corruption experts – especially John Githongo – believe that Switzerland will have to wait a long time for the judgment in question. As a top anti-corruption official, Githongo began to expose the Anglo Leasing scandal more than 15 years ago. But he resigned from office over the course of the investigations and spent two years in exile because he feared for his life after receiving threats.

“Several court proceedings have been dealing with the case for years,” the 54-year-old said in Nairobi. “None of them have reached a conclusion; there has been almost no progress.”

Githongo is a witness in two cases which are decisive for the return of the money that is blocked in Switzerland. He has received no invitations to testify for more than a year.

“The anti-corruption officials are responsible for advancing the cases, but they seem to be stepping on the brakes. They are also constantly being replaced,” he said.

A May 2019 report by the Africa Centre for Open Governance, a civic organisation, has described Kenya as a case of “state capture”. This means that there is systematic political corruption in which private interests wield considerable influence over state decision-making processes. According to the report, which was largely endorsed by the Kenyan media although the government never commented on it, all state authorities are undermined by private interests, particularly the executive but also the judiciary.

Anglo Leasing is described in the report as one of three case studies of “state capture” in Kenya. Each of the three corruption scandals took place under a different government and each removed hundreds of millions of dollars from the state budget. None of these cases has yet reached a legal conclusion.

The most recent of the three scandals unfolded during President Kenyatta’s first term in office, even though he profiled himself as an aggressive fighter of corruption. The media is full of reports and pictures of allegedly corrupt politicians being led away in handcuffs, and internationally, Kenyatta’s Kenya is considered a country with independent and effective anti-corruption institutions.

“Corruption definitely remains a big problem in Kenya,” says Gretta Fenner, the director of the not-for-profit Basel Institute on Governance, which is associated with Basel University and advises the Kenyan anti-corruption authorities in investigations into complex, mostly international corruption cases – among then Anglo Leasing.

“However, the authorities have recorded some significant successes in recent years,” she notes, adding that some $27 million in stolen assets were seized in the first four months of this year alone.

For John Githongo, it is too early to interpret these successes as a turning point. The anti-corruption institutions generally hold back when it comes to political and economic elites, he says. Five years ago, two shell companies tied up in the Anglo Leasing scandal won a court case in Geneva against Kenya for the sole reason that the Kenyan state prosecutor withheld important evidence.

“Switzerland has done everything it can in the Anglo Leasing case,” Githongo says. “This is low-hanging fruit, but on our side, the will to pick it is clearly lacking.”

But Fenner believes the Swiss authorities could do more. “They are not dependent on a court decision in Kenya. The Office of the Attorney General opened a criminal investigation a long time ago. They could conclude their proceeding, seize the assets and return them to Kenya, she argues.

Tobias Schaffner, a senior associate at Baldi & Caratsch, a firm of attorneys specialised in repatriating illegal assets, says Switzerland has room to manoeuvre. “If the trial in Kenya is dragged out, there is a danger of acquittal because of statutes of limitation – and this would also mean the criminal investigation by the Swiss attorney general would end.”

But a few years ago the Swiss government gave parliament the power to block assets. “This would allow the Federal Administrative Court to seize and repatriate the money to the Kenyan people,” Schaffner says.

Githongo praises Switzerland’s conduct in the Anglo Leasing case but wonders why it remains so easy to open a shell company in the Alpine country.

The Swiss foreign ministry and the State Secretariat for International Finance point to a provision of the Swiss Financial Market Supervisory Authority (FINMA) which compels banks and other financial institutions to apply “increased due diligence” with shell companies.

Fenner of the Basel Institute on Governance criticises the way this is applied in practice. “Unfortunately, in cases in which we are involved as advisers, we see that dirty money still flows into or via Switzerland,” she says, adding that FINMA’s mandate from politicians isn’t robust enough to enable it to be effective against institutions which fall short of this provision.

“The mildness financial institutions encounter for malpractice in Switzerland is astonishing when compared with other countries.”

In 2002, the first company exposed in one of the biggest corruption scandals in Kenya was Anglo Leasing Finance. Kenya lost more than CHF600 million at that time through systematic fraud. The money was channelled into 18 security contracts. Payments went to numerous shell companies, but behind them were always the same business people. They never provided the services paid for, or at best, delivered inferior wares. The main beneficiaries appear to have been several ministers in the government of the time.

Of the 18 shell companies involved, 11 owned companies with an address in Geneva. So a part of the criminal money was laundered in Switzerland, or via the Swiss financial system. In 2007, Kenya asked the Swiss for legal assistance. Two years later, the Swiss Attorney General opened a money-laundering investigation; the sum of CHF2 million has been frozen since then.

Home » When Will The Swiss Release Kenya’s millions?