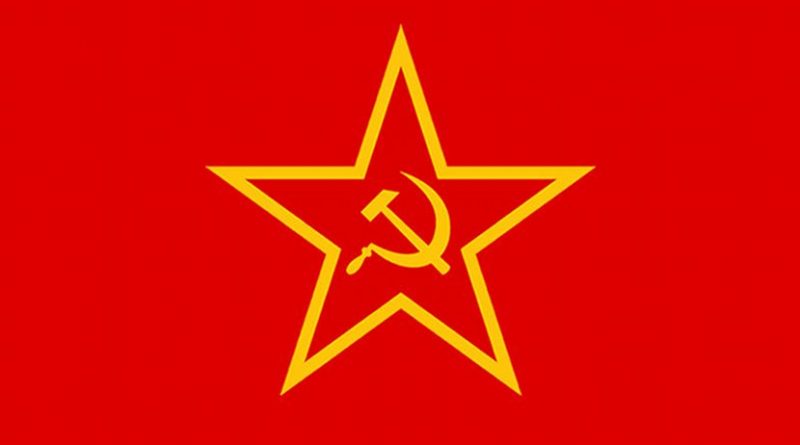 “The five-pointed red star, one of the symbols of communism, the Russian army and the Kremlin, is celebrating its 100th anniversary today, Dmitry Lyskov of Vzglyad reports, noting that it is still surrounded by controversy as many Russians consider it to this day to be “an emblem of Satanists and Masons.”

The idea that the red star is a satanic symbol has circulated in post-Soviet Russia for a long time. In 2014, for example, LDPR leader Vladimir Zhirinovsky asked the defense ministry to look into its continued use because, he said, the five-pointed red star for “certain Orthodox” Russians “is associated with satanic symbols.”

Several Russian Orthodox writers have gone further. One argued that “nothing reflects so clearly the anti-Christian and satanic essence of bolshevism as its symbols,” including the red star (rusk.ru/st.php?idar=112449). And another argued the red star is “at one and the same time masonic and satanic” as well as Jewish given that “the most important task of masonry is the destruction of Christianity” (belrussia.ru/page-id-2308.html).

But Lyskov says that this is more than a little much given the history of the appearance of the red star in 1917. Had it contained all the meanings these authors say, one would have expected the leaders of the anti-Bolshevik movement to use it as a mobilizing tool against Red forces. The fact is that they didn’t.

Indeed, many White officers wore on their uniforms stars of the same shape because those had been introduced into the tsarist military in 1827 by Nicholas I who was copying French uniforms of the time of Napoleon. They thus had no reason to view the red star as anti-Christian, satanic or masonic.

Moreover, as many Russians knew, the five-pointed star had a long history as a Christian symbol, tracing its origins to the pre-Christian Pythagoreans but enshrined in Christian symbolism and even informing the works of perhaps the greatest Russian icon painter Andrey Rublov.

Efforts to transform the star into an anti-Christian symbol appear to have their origins in the work of Louis Constant, a nineteenth century French promoter of the occult, but as Lyskov points out, “it isn’t completely clear how such an odious figure could serve as an authority for a believer.”

It is true, the Vzglyad writer says, that there were some in the White Russian emigration in the 1920s and 1930s who did talk about “the occult roots of Bolshevism” and who linked that to what they saw as a Jewish conspiracy against Russia and Christianity. But such people remained extremely marginal even when they were supported by the Nazis.

Soviet citizens knew little of this or of the actual history of the red star. But when the sluice gates of information were opened during perestroika, Russians were exposed to all kinds of information, some reliable but some not; and they often had great difficulty in distinguishing the one from the other.

“In our atheistic society, had had ideas both about religion and the pre-revolutionary past that had been distorted by communist ideology, even the most improbable notions fell on fertile ground, up to and including satanic treatments of a two centuries-old army symbol which they began to call ‘the Bolshevik star.’”

And on the basis of a common anti-communism, these ideas penetrated and combined in a “paradoxical” way with those of Russian Orthodoxy, completely confusing the situation. And some Orthodox radicals even began insisting that overcoming communism requires the elimination of all red stars (belrussia.ru/page-id-2308.html).

The actual history of the appearance of the red star is still clouded in much mystery and dispute, Lyskov says; but it appears that it originated with Red military commanders who viewed the star as a sign of the army and acceptable as long as it was red, the color of the revolution, and featuring a hammer and sickle.

No one at the outset of the Soviet period had any intention of interjecting “any mystical, occult or anti-Christian meanings in the new symbol of the new army; and the Bolsheviks did not come up with anything fundamentally new in this area that represented a complete break with the history and culture of the country.”

“But in order to understand this,” the journalist concludes, “one must know one’s history.” And for Russians, there are now as there have been in the past real problems in that regard.

Home » The Red Star, One Of Most Mythologized Soviet Symbols, Marks Centenary – OpEd

One thought on “The Red Star, One Of Most Mythologized Soviet Symbols, Marks Centenary – OpEd”