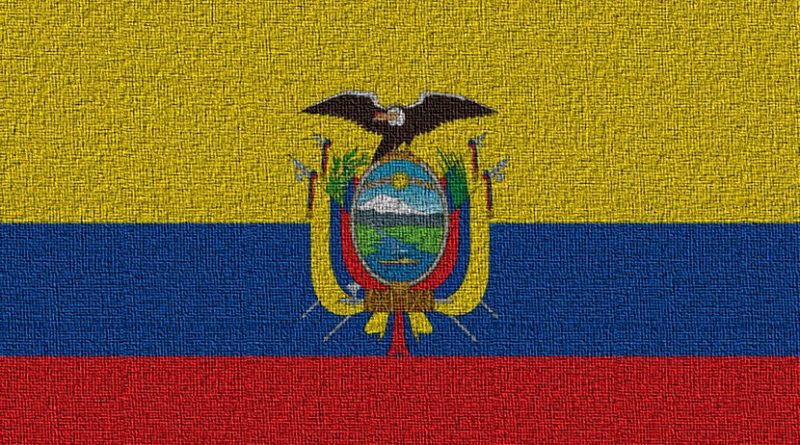 Ecuador is one of Latin America’s largest oil exporters, with net oil exports estimated at 305,000 barrels per day (bbl/d) in 2009. The oil sector accounts for about 50 percent of Ecuador’s export earnings and about one-third of all tax revenues.

Despite being an oil exporter, Ecuador  must still import refined petroleum products due to the lack of sufficient domestic refining capacity to meet local demand. As a result, the country does not always enjoy the full benefits of high world oil prices: while these high prices bring Ecuador greater export revenues, they also increase the country’s refined product import bill.

In 2007, Ecuador re-joined the Organization of the Petroleum Exporting Countries (OPEC), after leaving the organization at the end of 1992. Ecuador is the smallest oil producer in OPEC, with an assigned production quota of 434,000 bbl/d. OPEC quotas combined with an uncertain investment climate have had a negative impact on international investments and oil production, severely impacting Ecuador’s economy. In this climate, government budget support has come in the form of Chinese oil-backed loans, whereby the Chinese government provides infrastructure loans in exchange for oil contracts (often at a discount to market prices).

Ecuador’s energy mix is largely dependent upon oil, which represented close to 80 percent of the country’s total energy consumption in 2007. Hydroelectric power represented 19 percent of total energy consumption in 2007, and accounts for about half of all generated electricity. Natural gas consumption is minimal, due to the lack of domestic infrastructure to transport, distribute and utilize the fuel. While urban electrification rates are close to 100 percent, droughts in late 2009, affecting the Paute River hydroelectric plant, caused the government to implement electricity rationing from November 2009 to January 2010.

According to Oil and Gas Journal (OGJ), Ecuador held proven oil reserves of 6.5 billion barrels in January 2010 – a significant increase from 2009 estimates of 4.7 billion barrels, and the third largest reserves in South America after Venezuela and Brazil. Ecuador is the fifth-largest producer of oil in South America, producing 486,000 bbl/d of oil in 2009 (almost all of which was crude oil), down from 2006 highs of 536,000 bbl/d and decreasing – first half 2010 data indicate that Ecuador’s average oil production was 470,000 bbl/d.
In 2009, Ecuador consumed 181,000 bbl/d of oil, leaving 2009 net exports of 305,000 bbl/d. Ecuador sends about 60 percent of its oil exports to the United States, the remainder split between Latin America and Asia. In 2009, Ecuador exported 185,000 bbl/d of oil to the United States, accounting for less than two percent of total U.S. oil imports. Other major destinations for Ecuadorian crude in 2009 were Chile, Peru and China. Ecuador has begun to look more towards the Asian market, namely China, as a way to diversify its oil investment and trade.
Since 2009, Ecuador has agreed to two separate oil-backed loan agreements with China. Under these agreements, Ecuador is required to invest a share of the loaned amount in infrastructure projects involving Chinese companies and repay the loans in fixed-price crude oil shipments. In 2009, Chinese oil imports from Ecuador totaled 36,000 bbl/d, 12 percent of Ecuador’s total oil exports, an increase from the previous year’s 21,000 bbl/d.

Petroecuador, the state-run oil company, controls most of the crude oil production in the country. The largest foreign-owned oil company is Repsol-YPF, followed by Andes Petroleum, a consortium led by the Chinese National Petroleum Corporation (CNPC) that acquired assets in September 2005 formerly owned by EnCana. Other international companies operating in Ecuador include Italy’s Eni, Brazil’s Petrobras, Chile’s Enap and Petroriental of China.
In August 2010, oil companies were reportedly provided with new contract models under the new Hydrocarbon Law and have been given until the end of the year to agree to negotiate the new terms or leave Ecuador. This process is designed to increase the Ecuadorian government’s share of oil revenue by transforming existing contracts with foreign oil companies into service agreements. Under the latest contract terms, all oil production will be considered state property and oil companies will act as an agent that produces oil on behalf of the state, receiving a flat fee as compensation.
Petroecuador and the Ecuadorian government have, in recent years, appropriated the assets of international oil companies. In 2006, the company took over the production assets of Occidental Petroleum as a result of expired contracts and in 2009, following a tax dispute, the government also appropriated two blocks belonging to Perenco.

Ecuador’s most productive oil fields are located in the northeast corner of the country. The largest oil field is Shushufindi. Other major oil fields include Sacha, Libertador, Dorine, and Eden Yuturi. Production has fallen in recent years due to lower investment levels, leading to higher decline rates from existing fields. Ecuador produces two varieties of crude oil: Oriente and Napo. Both are heavy sour crudes with APIs of 19° and 24°, respectively, and sulfur contents of 1 and 2 percent.
Crude oil production increased sizably in 2003 with the opening of the Oelducto de Crudos Pesados (OCP), which removed a chokepoint on crude oil transportation in the country (see below). However, production has fallen in recent years, the result of natural decline, the lack of new project development, and some operating difficulties at existing oil fields.
Future increases in Ecuador’s crude oil production will likely come from development of the Ishpingo-Tapococha-Tiputini (ITT) block located in the Yasuni National Park in the Amazon Region. The ITT block contains an estimated 850 million barrels of proven reserves, with potential recoverable reserves as high as 1.3 billion barrels. Analysts predict that, if fully developed, the block could produce at least 190,000 bbl/d. However, the ITT block reportedly contains a variety of crude oil even heavier than Napo, so any oil producer would need to blend the crude with lighter hydrocarbons before shipping it via Ecuador’s pipeline network.
As an alternative to the development of the ITT block, the government of Ecuador in 2010 signed an agreement with the United Nations Development Program (UNDP) where the international community will agree to pay US$ 350 million a year for 10 years for not developing the ITT field. Uncertainty remains regarding the status of this agreement and plans to develop the field.

Ecuador has two major oil pipeline systems. The first is the Sistema Oleducto Trans-Ecuatoriano (SOTE), built in the early 1970s. The 310-mile, 400,000-bbl/d SOTE runs from Lago Agrio to the Balao oil terminal on the Pacific coast. SOTE has suffered from natural disasters that severely disrupted Ecuador’s oil production. In March 2008, landslides damaged SOTE, shutting operations for several days. In 1987, an earthquake destroyed a large section of SOTE, reducing Ecuador’s oil production for that year by over 50 percent.
The second oil pipeline is the Oleducto de Crudos Pesados (OCP). The 300-mile, 450,000-bbl/d OCP mostly parallels the route of the SOTE. The OCP began operations in September 2003, and its completion immediately doubled Ecuador’s oil pipeline capacity. The completion of the OCP pipeline led to a sharp increase in Ecuador’s crude oil production, as private companies were no longer constrained by the capacity limits of the SOTE. Use of the OCP system is mostly confined to private oil producers, with Petroecuador relying upon SOTE.
Ecuador utilizes one international pipeline, the TransAndino. The 50,000-bbl/d pipeline connects Ecuador’s oil fields with the Colombian port of Tumaco. The TransAndino pipeline has occasionally been the target of rebel forces in Colombia, and an attack in March 2008 shut the system down for several days.

According to OGJ, Ecuador has three oil refineries, with a combined capacity of 176,000 bbl/d. The largest refinery in Ecuador is Esmeraldas (110,000 bbl/d), located on the Pacific coast. Despite its status as a crude oil exporter, Ecuador is a net importer of refined oil products. In general, Ecuador exports heavy refined products, like fuel oil, and imports lighter products, such as gasoline, diesel, and liquefied petroleum gas (LPG). Since the heavy product exports command a much lower price on the world market than Ecuador must pay for the light product imports, the value of the net trade balance is more skewed than would be suggested by simply comparing import and export volumes. This can lead to situations where the country is unable to fully take advantage of higher world oil prices, because these higher prices might increase their product import bill by a greater amount than their crude oil export revenues. According to DownstreamToday, the government spends about US$ 3 billion annually on imports of refined products, mainly gasoline and diesel.
Given these imbalances, Ecuador has, in recent years, established “barter” agreements with neighboring countries. In 2009, Petroecuador and Chile’s Enap reportedly signed a deal where Ecuadorian crude would be provided to Chile in exchange for refined products. A similar agreement was signed with Uruguay’s Ancap in March 2010.
The Ecuadorian government is actively seeking ways to increase domestic production of lighter petroleum products. These plans include upgrading the Esmeralda refinery and building new refining facilities to better handle Ecuador’s heavy domestic crude production. In late 2008, Ecuador signed a contract with South Korea’s SK Engineering to repair, overhaul and upgrade the Esmeraldas refinery which is currently underway. The refinery went into emergency conditions in August 2010 following a major oil leak, reportedly caused by poor maintenance and old infrastructure.

There have also been discussions between Ecuador and Venezuela about the construction of a new refinery in Ecuador. The two countries established a joint company in mid-2008 to build the facility on the Pacific Coast in Manabi province. The planned crude distillation capacity of the refinery is 300,000 bbl/d. Construction is expected to begin in 2010 and startup is scheduled for 2013.

According to OGJ, Ecuador had 282 billion cubic feet (Bcf) of natural gas reserves as of January 2010. In 2008, Ecuador produced total of 44 Bcf of natural gas, almost all of which was associated gas from oil production, with the exception of the Amistad field discussed below. Of the gross 44 Bcf produced, 27 Bcf was vented or flared, 8 Bcf was reinjected to enhance oil recovery and only 9 Bcf was marketed. The low natural gas utilization rates are due mainly to the lack of infrastructure to capture and market natural gas.
The only large-scale natural gas project in Ecuador is the Amistad field, located in the Gulf of Guayaquil, which is producing an estimated 22 million cubic feet per day (MMcf/d) in 2010. All of Amistad’s natural gas production flows to Noble’s Machala facility, a 130-megawatt (MW), onshore, gas-fired power plant that supplies electricity to the Guayaquil region.
Other efforts to develop natural gas reserves in the Gulf of Guayaquil include plans by Chile’s Enap and Venezuela’s PdVSA to work with Petroecuador to explore additional blocks in the area.