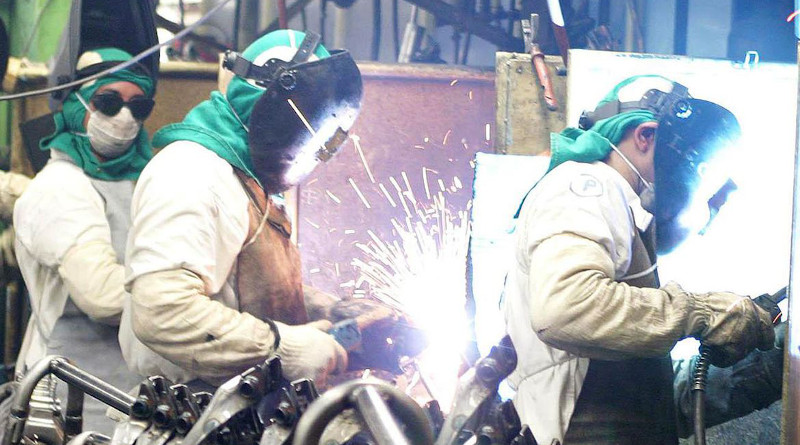 A special survey conducted by the National Confederation of Industry (CNI) indicates that 91 percent of the Brazilian industry reports a negative impact by the COVID-19 pandemic. Three quarters (76%) of industrial companies have reduced or halted production.

Three of every four companies—also 76 percent of respondents—reported a decline in the demand for their products, half of whom (38%) noted that the contraction was “sharp.” The sectors that described the decrease in the demand were clothing (82%), footwear (79%), furniture (76%), printing and reproduction (65%), and textiles (60%).

Of business owners, 45% complained about default among customers and 44 percent stated they had shipping and orders canceled.

In addition to lowered demand, 77 percent of business people declared there was a plunge in the offer of raw materials and supplies for production chiefly due to disorganization in the transport system.

Nearly all of the business owners heard (95%) said they adopted measures concerning their workers, including prevention campaigns, sanitation measures, and social distancing for risk group employees and those running symptoms.

Half of companies sent part of their workers on vacation, 36 percent availed themselves of the compensatory time off system, 19 percent reduced their work hours, 16 percent started collective vacations, 15 percent dismissed their workers, and eight percent temporarily suspended labor contracts.

Guarantee from the Treasury

The data in the CNI survey were collected alongside 1,740 executives in the manufacture industry, extraction (mining and oil), and construction. The collection took place in the first 15 days of April.

Seven out of every ten firms report a loss in revenues. Of the interviewees, 59 percent mentioned difficulties paying suppliers and salaries, rent, and taxes on time. Over half of them (55%) declared that access to credit for working capital became more difficult.

According to Renato da Fonseca, CNI’s executive manager, after measures to expand liquidity in the bank system authorized by the Central Bank, “an increase in loans” has been seen a number of banks.

According to the economist, however, the demand among companies, especially small businesses, was larger than the credit offered. In crisis situations like the present one, banks fear insolvency. In Fonseca’s view, the solution to the increase in credit may be the creation of a fund guaranteed by the National Treasury, as seen in other countries.

In addition to caring for the population, companies, and the preservation of employment, Renato da Fonseca hopes the country gears up to emerge back from the crisis and not set aside its agenda of overhauls.

“If we manage to focus on the competitiveness agenda, with both Congress and the government working on them, reducing political clashes, we could revert the problem and give the sign investors need to return,” the CNI economist argued.

The confederation estimates a 4.2 percent reduction in Brazil’s gross domestic product. It does not rule out, in the worst-case scenario, that losses may add up to seven percent—equivalent to the economic recession from 2014 to 2016.

Renato da Fonseca says that neither the worst projections nor the problems listed by business owners in the study corroborate the end of measures to ease social distancing and other sanitary precautions.

“There’s no use trying to end isolation immediately if this brings about alarming rates of contamination. Workers won’t be available to work one way or another. Actually, the number of deaths would become excessive and people would isolate as a matter of course.”