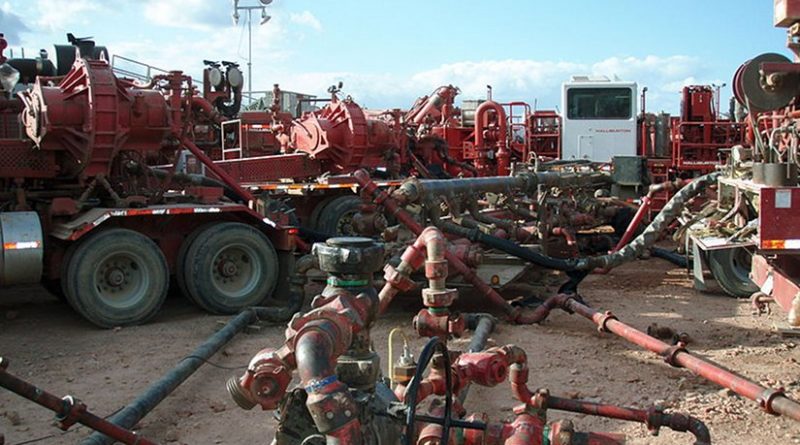 Fracking has driven an oil and natural gas boom in the US over the past decade. This column examines the impact these mining activities have had on local and regional economies. US counties enjoy significant economic benefits, including increased wages and new job creation. These effects grow as the geographic radius is extended to include neighbouring areas in the region. The results suggest that the fracking boom provided some insulation for these areas during the Great Recession, and lowered national unemployment by as much as 0.5%.

The technological innovation of combining horizontal drilling with hydrofracturing has created an oil and natural gas boom within the US.  Wang and Krupnick (2013) point to several favourable conditions in many US locations such as geology, property rights, market structure, pipeline infrastructure, and water availability. The combination of technological change and pre-existing geology has generated large income shocks in many areas of the country.  Employment in the mining industry grew by 60% during a period when overall US unemployment reached 10%.

In a recent study, we use the fracking revolution to study how income and employment shocks propagate across geography and industries (Feyrer et al 2015). We measure the impacts of new oil and gas production on income, employment and crime. We rely on the location of shale formations (geology) as a source of exogenous variation in which counties have fracking activity. This enables us to estimate the causal impacts of fracking.  Our data allow us to know the exact value of new production taken out of the ground in any county in a given year.  For each county, Figure 1 shows the cumulative value of new fossil fuel extraction per capita between 2004 and 2012.  There are 966 counties in the US that had either new oil or gas production in our sample period.

Using measures of income from the Bureau of Labor Statistics (BLS) and the Internal Revenue Service (IRS), we examine how much of the value of new production stays within the county where the production occurs.  These income effects take several forms.  First, wages of workers in the resource extraction and transportation industries are directly impacted through participation in the extraction process.  Second, landowners are paid royalties on the value of production taken from their land.  Finally, we examine the impact on wages and employment in industries not directly related to oil and gas production.

The county may not be the ideal level of observation because workers and landowners may be located in counties adjacent to where new production is occurring.  By examining the impact of new production at increasing distances, we can track the propagation of the shocks over space.  This spatial analysis is important because we are interested in how fracking impacts the entire region, not just the immediate county.  This is particularly important since substantial new fracking activity occurs in sparsely populated counties.  We also examine data aggregated to the state level.

Several conclusions emerge from our analysis.

Each million dollars of new oil and gas production is associated with a $66,000 increase in wage income and 0.78 new jobs within the county.

Figure 2 shows our estimated impacts on wages and income at increasing levels of geography (namely, the distance from the county producing the oil and gas). The state-level impact on jobs and income is approximately five times as large as the immediate county effect with most of the impact happening within 100 miles of the drilling sites.

Figure 3 provides a breakdown of wages by industry and over space. Roughly 40% of the income increase is in industries not directly related to oil and gas extraction such as finance, leisure, hospitality, and local government.  Of the $66,000 increase in local wages, $39,000 is wage payments to oil and gas industry workers, including trucking, and another $27,000 is wage spillovers to workers in other industries.  There is another $61,000 in royalty payments to lease holders within the county.  The direct effects imply that roughly 10% of the total value of gas and oil extracted remains in the county in the form of wages and royalty payments with another 2.7% in indirect activity.

Finally, our results provide some insight into the aggregate impact of the fracking boom. A significant portion of the increase in oil and gas production occurred during the depths of the Great Recession. With the national economy operating at significantly less than full employment, the increased demand for labour generated by the fracking boom almost certainly increased overall employment.  Our employment estimates suggest that an increase of 725,000 jobs were associated with new oil and gas extraction between 2005 and 2012.  Assuming no displacement from other employment, this suggests that the fracking boom lowered aggregate US unemployment by 0.5% during the Great Recession.

*About the authors:
James Feyrer, Professor of Economics at Dartmouth College

Home » The Impact Of Fracking On Local Economies – Analysis