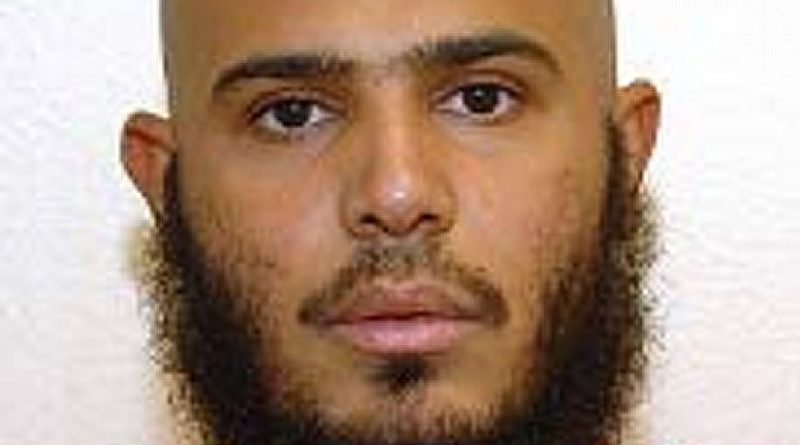 The US Department of Defense has announced the transfer of  Ghaleb Al-Bihani from Guantanamo to Oman.

Al-Bihani, a Yemeni, had been held without charge at Guantánamo since 2002, according to the Center for Constitutional Rights (CCR),. In May 2014, the government’s Periodic Review Board (PRB) approved Al-Bihani for transfer. Despite the board’s finding that his continued detention was unnecessary, he remained in Guantanamo for two and a half more years.

“Mr. Al-Bihani’s detention for 15 years was senseless, but he and we are relieved that his ordeal is finally over,” said Pardiss Kebriaei, his attorney at the Center for Constitutional Rights. “After having lost a third of his life in Guantanamo, what he needs now is support for a real chance to rebuild. We are hopeful that he will have that opportunity in Oman.”

The government justified detaining Al-Bihani for years without charge based on his admission that he traveled to Afghanistan as a 21-year-old, before 9/11, and served as a kitchen aid to a group aligned with the Taliban against the Northern Alliance. The group surrendered shortly after the U.S. invasion and later disbanded. At his PRB hearing in 2014, Al-Bihani, who is now 36, submitted a lengthy statement about his hopes for the future – to start a family, pursue his education, and find a good job in a country removed from conflict.

“I have these hopes because I want a stable life,” he wrote. “I want a happy life for my children. I want to give them a better life than I had.”

CCR represents several other men who remain detained in Guantanamo, including Sufyian Barhoumi, who was also cleared for transfer by the PRB, and whose release depends on urgent action by the Obama administration.