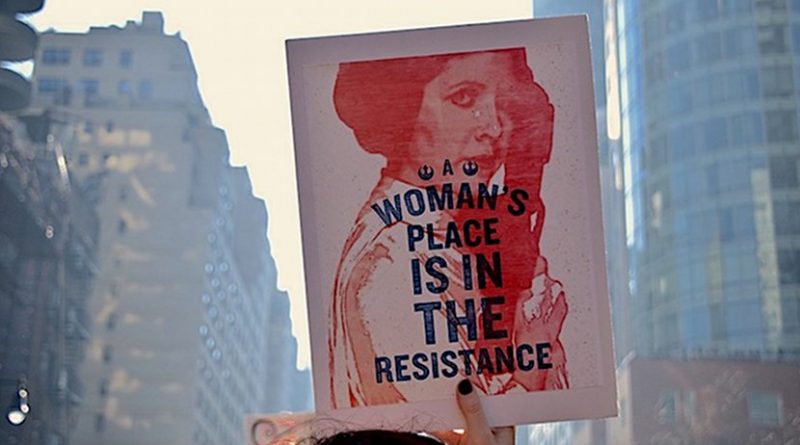 Photo by Robert Jones from Pixabay

Here’s a big deal that’s bound to become a lot bigger this year.

Exactly 100 years after women finally won the vote with ratification of a 19th Amendment to the US Constitution, the state legislature of Virginia on January 15 finally became the needed 38th state of the Union to ratify the proposed Equal Rights Amendment, a measure designed to guarantee full equal rights to women in all matters. Such a change in the Constitution requires ratification  by the legislatures of three-quarters of the 50 states.

The measure passed in Virginia because court-ordered redistricting before the last legislative election, held there last year, undid serious gerrymandering and led to a historic takeover of the  long Republican-held legislature by Democratic majorities. It’s a big win, but the battle for adding the ERA to the Constitution  is not over yet.

It’s been a long struggle since the ERA was first authored in 1923 by pioneering feminists Alice Paul and Crystal Eastman, who called it the Lucretia Mott Amendment. The measure was renamed the Equal Rights Amendment in 1943.

In 1972, Congress finally passed the ERA as a proposed Constitutional Amendment and sent it on to the states for legislative ratification. It was at that time immensely popular, feminism was huge and popular movement, and the ERA  won ratification in 22 legislatures the first year out of the gate.  After that progress slowed, however, and finally stalled at 35 state legislative ratifications.

The initial ERA measure passed by Congress included a deadline of 1977 for passage. Congress extended that to June 30. 1982. but the longer deadline didn’t help. By then of course, Ronald Reagan had won the presidency and his Republican Party had taken control of the Senate too. That party, since the time of Richard Nixon’s presidency, had become firmly wedded to the largely anti-feminist fundamentalist Christian movement. Indeed, even as support for the ERA was surging, in some rural, conservative and heavily “christian” states,  a counter movement against ratification began, as early as 1973. As a result,  in the period between that year and 1979, legislatures in five solidly Republican states which had earlier voted to ratify — Idaho, Kentucky, Nebraska, Tennessee, and South Dakota — voted to rescind their ratification votes.

Only recently, energized liberals and progressives and supporters of women’s rights managed to push through successful ratification votes in additional states, with victories finally won in Nevada (2017), Illinois  (2018). This past Wednesday they added Virginia.

President Trump’s Bible-thumping, Rapture-believing Attorney General’s office promptly issued a statement saying that the Virginia legislature’s overwhelming approval of the ERA amendment didn’t mean anything because  “the 1982 deadline has already passed” for the state ratification process.

This controversial position by the Trump “Justice” Department insures that the amendment will now head for the courts, which will have to decide whether the deadline set by Congress of 1982 carries any weight (there is no mention of deadlines on state ratification of amendments in the Constitution’s description for the process of state approval of amendments to be added to the nation’s foundational document).

Whatever the end result of this long struggle, it’s sure at this point that the ERA will now become a huge issue in the 2020 presidential election, not just in national contests but also in state legislative elections, where there are ones scheduled, or in the year that follows for those states that stagger their state and national elections.

Democrats of whatever political stripe would do well at this point to make the ERA a central part of their campaigns. A majority of the US electorate are women, and the ERA — so agonizingly close to becoming the law of the land — is the thing that finally offers them, as well as LBGT citizens, who would also be protected by the amendment, a chance to use the courts aggressively to win full equality in this country.

Democrats should make Congressional extension of  the deadline for ratification state legislatures a major issue for all candidates for House or Senate. They should also begin a push to win support in those five states that reversed their legislative ratification of the ERA, for a reversal of those reactionary anti-woman votes. Support for women’s rights has grown substantially, especially among younger voters, since those five states voted to rescind their ERA ratifications.

The heroes of today are the legislators of Virginia.

The ongoing fight to finally make the ERA Article 28 of the Constitution will certainly  provide us with many new ones.

For those feeling discouraged that the battle isn’t over with the ratification vote in Virginia, it’s worth noting that Amendment 27 of the Constitution — currently that document’s newest amendment stating simply that no law changing the compensation of the members of Congress, may take effect until after the election of a new House of Representatives — while only finally ratified in 1992, was originally proposed in Congress on Sept. 25, 1789!  The proposed amendment languished for centuries, with no deadline, before finally winning approval by the 38th state as required for adoption. During that time between proposal and final inclusion as a Constitutional amendment, of course, the number of states in the US had increased from 13 to 50, with the magic number for required for amendment adoption rising from 10 to 38.

Home » The ERA Just Got Ratified By Virginia, The Needed 38th State – OpEd

Destroying The Web Of Life: The Destruction Of Earth’s Biodiversity Is Accelerating – OpEd

In August 2010, the secretary-general of the UN Convention on Biological Diversity, Ahmed Djoghlaf, warned that ‘We are losing biodiversity