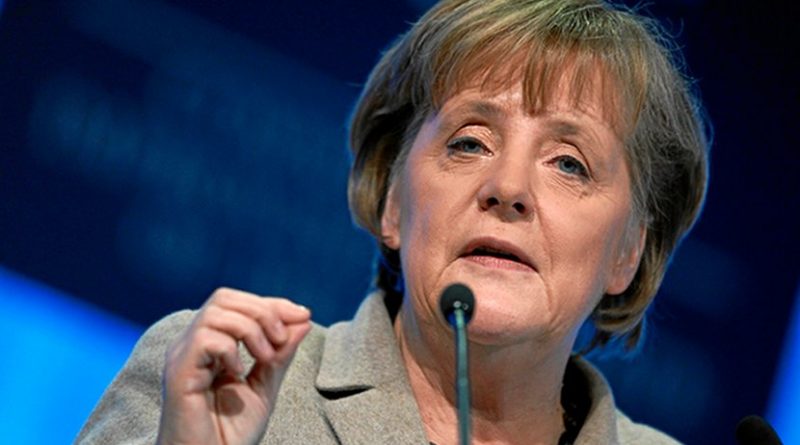 The state always sets the norms through which ordinary citizens live and operate. The commitment of Germany’s Chancellor, Angela Merkel, to democratic norms was clear when she quickly expressed her anguish at the murder of nine Muslims in a shooting rampage in a shisha bar in Hanau by Tobias Rathjen, a suspected right-wing extremist, on February 19. Hanau is a commuter town near Frankfurt – and the birthplace of the world famous Brothers Grimm.

Merkel told the people of Germany that the gunman acted on right-wing, racist motives.    She promised that the democratic German state would stand up with “strength and decisiveness” to those who try to divide society. On March 4 she and the German president,  Frank-Walter Steinmeier, attended a memorial service in Hanau. Steinmeier rightly stated that democracy  “lives and endures if we want it and if we stand up for it — against those who want to put it in question or undermine it.”  He also declared that  “there are no second-class citizens” in Germany,  “no gradations in being German” and that  every person in the country “must be able to live in security and peace.”

Merkel expressed sorrow that the attacks had revealed the “poison” of racism and hate in Germany. The German government reacted swiftly and strongly to the attack. Officials smashed a ring that had been plotting to carry out large-scale attacks on mosques throughout Germany, attacking Muslims during prayers.  Admitting that the threat of right-ring terror had been underestimated by the government, German officials have put the far-right Alternative für Deutschland‘s  ‘Wing’ group under surveillance.

The reactions of Steinmeier, officials and the  public also revealed their  values.  In February thousands of people gathered for candlelight vigils in about 50 German cities.  Lars Klingbeil, general secretary of the Social Democratic Party, the junior coalition partner in Merkel’s government, called for an “insurgency of the decent” in which ordinary Germans should make a stand against anti-immigrant sentiment.

To its credit, Merkel’s government has not made excuses for the fact that 75 years after the end of Hitler’s dictatorship, a ‘hard right’ exists in Germany again.

No country is perfect:  post-1945 democratic Germany has lived with the memory of Hitler’s German authoritarian, majoritarian nationalism, which culminated in the slaughter of millions of European Jews – and Germany’s crushing defeat in the Second World War.  The democratic German state does not shy away from talking about Germany’s Hitlerian past.

Merkel’s commitment to democracy was also evident last December, when she made her  first trip as Chancellor to the Auschwitz death camp in Poland, where the Hitler regime killed an estimated 1.1 million people, the vast majority of them Jewish. She then stated bluntly that Germany had an unending responsibility to remember the Hitler regimes’ war crimes. She rightly blamed that German regime’s authoritarian nationalism for it. “To be aware of this responsibility is part of our national identity, our self-understanding as an enlightened and free society… a democracy.”

Merkel’s humility  confirms, for the nth time, that the kind of national identity an individual, leader or political party or society wants reflects either the political thinking  which will enhance stability and strengthen democratic  consensus – or drag a country into civil conflict.

Liberal states and societies, premised on intellectual freedom and choice, stand out for their capacity for mutual tolerance. Free to develop multiple, overlapping identities, citizens learn to set aside their differences and live amicably in ethnically and culturally mixed communities. The key question is how the state acts to reconcile different differing ethnic, racial, religious groups – or to exacerbate divisions between them. Merkel’s government has acted to bridge differences in a democracy.

The democratic German state clearly intends  to counter intolerant right-wing extremists.  (It offers  a lesson to  contemporary India’s Hindu nationalist leaders who have absolved the state of responsibility for the illiberal, majoritarian  nationalism that led to the recent planned anti-Muslim violence in  New Delhi during President Trump’s visit from 24 -25 February).

Let’s be realistic: even the most well-intentioned and determined German state may not be able to prevent all future attacks on Muslims, Jews or other communities. But by declaring that the state will fight right-wing extremism, it has taken a significant step towards building and maintaining a fairer society. (Unfortunately EU member-states like Hungary and Poland are not following its example in building bridges between communities).

Angela Merkel is an outstanding European and world leader, who has helped her country to simultaneously live with and overcome its troubled twelve-year (1933-45) history under Hitler. Her strong stance on countering racial and religious hatred will strengthen Germany’s democratic consensus.