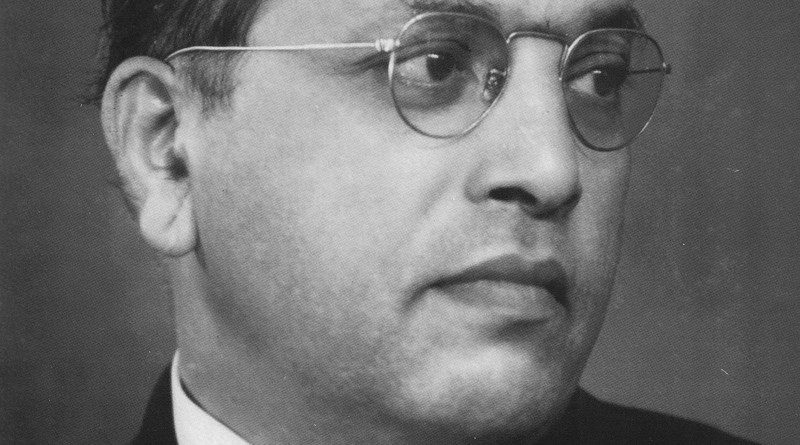 Popularly known as Baba Saheb, Dr. B. R. Ambedkar (April 14, 1891-December 6, 1956), was born in an untouchable Mahar caste. On his birth anniversary, rich tributes have been paid to Dr Bhimrao Ambedkar on his 129th birth anniversary by the Indian and state governments.

Prime Minister Narendra Modi on behalf of all countrymen paid rich tribute Dr B R Ambedjkar by recalling his legacy through a tweet video, “A humble tribute to Babasaheb Dr Bhimrao Ambedkar on his birth anniversary from all the countrymen.” The Indian President Ram Nath Kovind tweeted by saying, “Tributes to Babasaheb Bhimrao Ambedkar on his birth anniversary. Our nation’s icon and Chief Architect of the Constitution, he strived for a society based on justice and equity. Let us all take inspiration from his vision and values, and resolve to imbibe his ideals in our lives.”

Given Baba Saheb’s contribution in many fields such politics, society, economy, education, law, administration, nation-building, planning etc., he was one of scintillating personalities. But on the contrary, he was also one of the people, who was the most misunderstood one. Most of the people confined Dr. Ambedkar to only the SCs and STs messiah. But he had worked and contributed not only towards the upliftment only of these people, rather gave his exceptional contributions to the politics, sociology, and economics etc.

Remembering the role of Ambedkar in economics, Nobel laureate Dr. Amartya Sen paid generous tribute  to him as,  “Ambedkar is my father in economics. He is a truly celebrated champion of the underprivileged. He deserves more than what he has achieved today. However, he was a highly controversial figure in his home country, though it was not the reality. His… contribution in the field of economics is marvellous and will be remembered forever..!” These words of Amartya Sen proved that Dr. Ambedkar was not only a true champion of the downtrodden people rather proved himself exceptionally well in many academic areas including the economics one.

Legacy and Contribution of Dr. B. R. Ambedkar

The legacy and contribution of Dr. Ambedkar could be seen in many fields. The President of India, Shri Pranab Mukherjee, while delivering his speech on 04-September-2014, has argued that the Ph. D thesis of Dr. Ambedkar entitled, “The Evolution of Provincial Finance in British India ” (1923), had provided the academic basis for the establishment of the Finance Commission to get rid of the problems of imbalances in finances. The Reserve Bank of India was conceived by the ideas presented by Dr. Ambedkar to the “Royal Commission on Indian Currency & Finance” in 1925. Notwithstanding all the odds like poverty, caste prejudices, lack of opportunities, discriminations, humiliations  etc, he made a respectable place for himself in all fields. By dint of his hard work, he  got reputation as an economist, philosopher, thinker, secular, socialist, democrat, intellectual,  parliamentarian, statesman, constitutionalist, social reformer, champion of national unity, the nation builder, strong supporter of women’s rights, equality and freedom, and the Messiah of workers, peasants, poor and Dalits.

He made significant contributions working day long and night for the Dalits. Through his speech, The Annihilation of Caste, written for a reformist social organisation, Jat Pat Todak Mandal (Lahore), in 1936, he raised many critical questions on the caste system prevailing in the Indian society. He put forward strong arguments for the annihilation  of the caste system and caste based division of labour. According to Ambedkar, the caste system has destroyed the concept of ethics and morality. All human beings are equal and by dehumanization of the downtrodden people could not be accepted.

Ghose (1991: 236) argued that due to Ambedkar’s sharp critique of the existing social order through ‘The Annihilation of Caste System’, Mahatma Gandhi described Baba Saheb as a “challenge to Hinduism”. Dr. B.R Ambedkar was of the firm conviction that political empowerment was only the key to the socio-economic development of Dalits. Against this background, he enthusiastically urged for a separate electorate for these people in the Second Round Table Conference in 1932. But this was not acceptable to Mahatma Gandhi, and he launched fast unto death in the Yerawada jail. Being under a lot of pressure from political and social quarters due to the health issue of Mahatma Gandhi, Ambedkar had to relinquish the demand for the separate electorate. A Joint Electorate Formula with reserved seats in legislatures for untouchables under the Poona Pact, was accepted by both the sides.

In capacity as Chairman of the Drafting Committee, he drafted a comprehensive, acceptable and workable constitution to all members of the committee. To make India social, secular, democratic, and republic through the legal framework, Dr. Ambedkar’s role has been significant, substantial, and spectacular (Jatava, 2001).  His role mainly related to the provisions of constitutional remedies, protections of civil liberties of the citizens,  freedom of religion, the abolition of untouchability and outlawing all forms of discrimination were remarkable. He played a distinctive role in the provision of reservations of jobs for members of the SC and ST. Being a great champion of women, he argued for a broad array of economic and social rights for women.  He played a prominent role in making the preamble of the Constitution, which according to him is the ‘Horoscope of the Indian Constitution. The Preamble of the Constitution ensured all types of justice like social, economic and political, along with liberty, equality and fraternity for the citizens of India. Dr. Ambedkar vehemently opposed the most controversial article 370 of the Indian Constitution at that point of time, under which a special status to the State of Jammu and Kashmir was granted.

His role in the uplift of the Indian economy has remained as monumental. He strongly advocated for the introduction of industrialization. He was of the firm conviction that agricultural growth along with heavy industrialization only could develop the Indian economy. Indian economy was based on agriculture as about 75 % of the Indian GDP was contributed by agriculture only. Given this, agriculture was the backbone of the Indian economy. Thus, Dr. Ambedkar was of the firm conviction that until heavy investments in the agricultural sector as the primary industry is not made, Indian economy would not achieve its optimum potential. He had played a significant role not only in land reforms, land revenue tax and excise duty policies to stabilise the economy but strongly opposed the income tax for the low income earning people. He was an active supporter of the free economy with a stable currency. The agriculture was  very close to his heart and for the development of the same, he conceived some projects like Damodar Valley, Hirakud, and  Sone river project, etc.

As Labour Minister in the Viceroy’s Council, Dr. Ambedkar got the chance to work for the labourers. He launched and led a struggle (1942), for the reduction of working hours of the workers from 12 to 8 hours in a day. The setting up of Employment Exchanges in India was indebted to him. Above and all, population control is the dire need for the development of the economy. Thus, he became a strong advocate of birth control to develop the Indian economy. Later on, this has been put in practice by the Indian government as national policy for family planning.

A voracious reader, Dr. Ambedkar believed that it was only education which could become a tool for the emancipation of socio-economically backward people from illiteracy, ignorance, and superstitions and clutches of slavery. For promoting the educational interests of weaker sections of society, he established the People’s Education Society in 1945. He urged the socio-economic disadvantaged people to ‘educate, agitate and organise.’

Throughout of his life, Dr B. R. Ambedkar dreamt of India, wherein the vast multitude of people of India could enjoy liberty, equality, fraternity and freedom  along with the equality of opportunities. He stood for the casteless and classless society. When India got independence, the literacy rate was at the lowest ebb. As an avid and voracious reader, he believed that only education could emancipate the people from the social evils and superstitions. India ought to be a modern and developed country. He wanted to reform the social system through radical change but believed that it should not come through the violence and bloodshed. He dreamt of a India, where social justice should prevail. There should not be a place for economic exploitation in India.

For him, the ideal political system where social democracy should precede the political democracy. His philosophy was preoccupied with social improvement, political illumination, and spiritual awakening. The economic well-being of the downtrodden people is the only way to achieve all these attributes. He had envisioned an India where as a citizen,  s(h)e could enjoy human rights, gender equality, the dignity of the individual, socio-economic justice, the promotion of social progress and better standards of life in peace and security in all spheres of human life.

Being a philanthropic, kind and generous social reformer, Dr. B.R. Ambedkar,  was much pained to see the disgraceful and tragic condition and low status of women in society. He was a torch bearer in the direction of social uplift of women in general and Hindu women in particular. He wanted to see a social reform approach in the context of the status of women. According to him, the progress of society is measured by the status and progress of women. In this respect, he said, “let each girl who marries stand up to her husband claim to be her husband’s friend and refuse to be his slave.”

Dr. B R Ambedkar’s Relevance in the Present Context

Today is the age of liberalization, privatization, and globalization.  On account of the free market, the downtrodden people have become more vulnerable to social and economic exploitation. The economic disparity has been increasing exponentially. The job opportunities in the government sectors have been diminishing. Due to privatization, opportunities for getting an education for the poor people are becoming daydream. The exploitation of the labourers has become the order of the day by the private sectors. The social security of the elderly, poor, and women are becoming critical. The availability of basic necessities of life, food, drinkable water, health facility, and many more for the vulnerable people are precarious. At the last, it can be concluded that it would be a real honour in letter and spirit to Dr. B. R. Ambedkar if the present governments would make efforts to realize India, dreamt by Baba Sahab. Efforts have to be made to achieve social and economic democracy, social security, casteless, and classless society. Education and health for all are to be made available. Liberty, equality, and fraternity are to be maintained. Gender equality, human rights for all and in all spheres are to be protected and provided. That social, economic and political system is believed to be best in which the last individual standing in the queue would get his/her due share. Sincere efforts in this direction would be true honour and commemoration for Dr. B. R. Ambedkar.