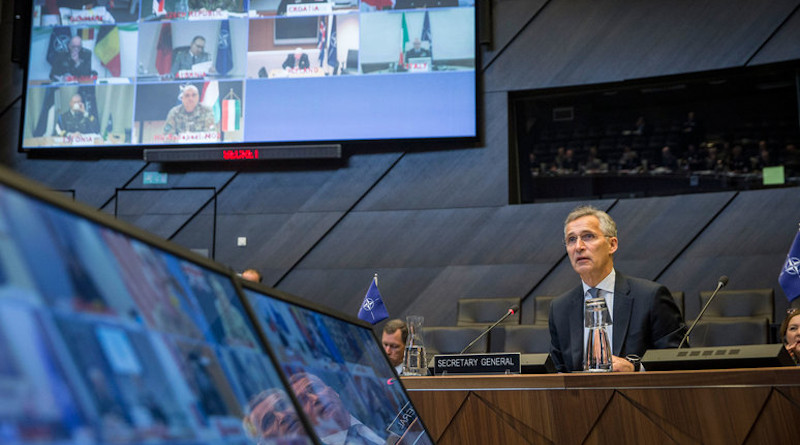 Stoltenberg said today that he spoke with President Donald J. Trump via phone on the subject last week. The secretary general emphasized that U.S. presence in Europe is good for Europe, but it’s also good for North America.

The North Atlantic Alliance links the defense of Europe to forces and capabilities from North America. A peaceful and stable Europe is important for the United States — certainly from an economic standpoint, but also politically and diplomatically, Stoltenberg said.

He noted the American presence in Europe also helps the United States to project power. He specifically mentioned Ramstein Air Base and neighboring Landstuhl Army Hospital in Germany as vital points in the worldwide transportation network. ”They are essential for what the U.S. has done over decades in the Middle East, Afghanistan, Iraq and in Africa,” Stoltenberg said.

He noted that the American presence in Europe has grown over the past few years with troops in Poland, the Baltic republics, Romania, Spain and Norway. The United States also has brought new capabilities to Europe to counter Russian adventurism, he said.

Stoltenberg said it has not been determined how and when the withdrawal will be accomplished.

The defense ministers, including Defense Secretary Dr. Mark T. Esper, will cover a large number of issues during their virtual meeting today.

Russia and threats from violent extremist organizations remain issues, but those are now joined by the alliance’s response to COVID-19. Stoltenberg said alliance planners are looking at a possible second wave of infections and are preparing to combat it.

The ministers will discuss a new operational plan for any second wave of COVID-19; building a stockpile of medical equipment to provide immediate assistance to allies and partner countries; and a fund to acquire critical medical supplies, the secretary general said.

”These three elements together will ensure that we can strengthen our response to a possible second wave of the pandemic, so that critical assistance gets to the right place at the right time,” he said.

The ministers also will discuss the alliance’s response to new Russian, nuclear-capable missiles and NATO missions and operations in Afghanistan and Iraq.