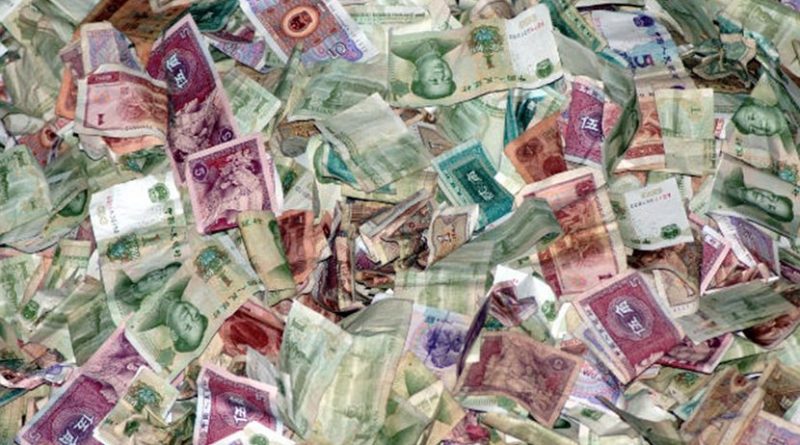 The state visit of Philippine President Rodrigo Duterte to China in October 2016 was a historic date for Philippines-China relations as it ushered in a new era of ties between the two nations. Chinese President Xi Jinping warmly welcomed President Duterte and agreed to normalize diplomatic relations as well as resume bilateral dialogues on the issue of the West Philippine Sea (South China Sea) dispute. As a result, the Duterte administration was able to sign thirteen cooperation agreements with the Chinese government and secure financial assistance and investment pledges worth USD 24 billion, with business-to-business contracts amounting to USD 15 billion and official development assistance (ODA) comprising the remaining USD 9 billion.

Amidst the country’s search for additional sources of funding for its massive infrastructure plan, ODA inflows are considered as viable funding mechanisms for big-ticket projects under a hybrid public-private partnership (PPP) scheme. In this regard, it is paramount to examine and highlight the advantages and disadvantages of tapping China’s ODA for the realization of the country’s “golden age of infrastructure”.

A new chapter under the Duterte administration

The inauguration of President Duterte in June 2016 proved to be a turning point in the history of the Philippines-China ties. In a span of almost 18 months, the Philippine government normalized ties with China, floated the possibility of joint exploration in the disputed islands, re-enabled the Filipino fishermen to operate within the Scarborough Shoal, and strengthened cooperation on tourism. The two parties signed a Six-Year Development Program (SYDP) to chart the progress of their economic partnership in areas such as trade, investments, agriculture and fisheries, infrastructure, and tourism, among others.

The Chico River Pump Irrigation project was among the six agreements signed in April 2018 on the sidelines of the Boao Forum for Asia. The said irrigation project was classified as a Preferential Buyer’s Credit Loan Agreement with an interest rate on the US-dollar denominated loan of 2 percent per annum and a maturity period of 20 years, inclusive of a seven-year grace period. The Agreement on Economic and Technical Cooperation involving a RMB 500 million grant was also signed to finance the several projects including the two bridges in Metro Manila, and the feasibility study for the Davao City Expressway Project, among others. Socioeconomic Planning Secretary Pernia said that while Japanese loans have lower interest rates than China’s, the country cannot rely on Japan alone for assistance. He also gave assurances that the current administration will impose a strict mechanism to screen potential Chinese firms in ODA-funded projects.

Given the Philippine government’s decision to tap Chinese ODA for infrastructure development, it is crucial to discuss briefly three key facets of the “Build, Build, Build” (BBB) initiative vis-a-vis ODA.

The first aspect pertains to the composition of the financing sources for the planned infrastructure spending. NEDA Undersecretary Rolando Tungpalan emphasized that 66 percent of the total USD 168 billion infrastructure investment requirement will be funded through the General Appropriations Act (GAA), while the remaining 18 percent and 15 percent will be financed through PPPs and ODA, respectively. Next, the government opted to pursue ODA-funded projects because of their concessional and longer repayment terms, mechanisms for technological transfer and knowledge-creation, and adherence to feasibility studies and monitoring and evaluation processes. Compared to commercial sources of finance, ODA offers more favorable terms that the government can tap for its infrastructure projects.

Next, it is essential to review China’s share to the country’s ODA portfolio. According to NEDA, the Philippines garnered a total of USD 15.60 billion in foreign aid for the year 2016, with the USD 12.21 billion allotted for 66 loans while the remaining USD 3.39 billion is apportioned for 400 grants. Japan continues to be the largest donor with a 36 percent share (USD 5.62 billion) of the overall ODA portfolio. China was outside the top fifteen with a 0.01 percent share (USD 1.56 million) as of December 2016. Thus, there seems to be more room for China to increase its development assistance to the country.

The last point refers to the donor’s track record as a development partner. Out of the five infrastructure projects funded by Chinese loans over the period 2010-2016, two projects were fully completed, another two were cancelled, while one project was closed but physically incomplete. In particular, the Angat Water Utilization and Aqueduct Improvement Project (AWUAIP)-Phase II was delivered ahead of schedule with no cost overrun. Likewise, the Agno River Integrated Irrigation Project was constructed on time with no additional costs. The Northrail Project Section I and Phases I-II were terminated prior to loan closing after the Supreme Court ruled that the agreement was a commercial deal and not a government-to-government one; thus, it should have undergone competitive bidding. In addition, the Banaoang Pump Irrigation Project ended in 2011 with only around 99 percent physical completion. According to the 2012 ODA Portfolio Review Report, China showed better utilization rate, which pertains to cumulative disbursements as a percentage of the total commitment, for the first two years of project implementation compared to other donors. However, a number of their ODA-funded projects encountered issues on financial performance and implementation.

Considerations and concerns for the Philippine government

Despite the nation’s familiarity with the process of securing Chinese ODA, it is nonetheless critical to outline important considerations and concerns for the Duterte administration. The succeeding paragraphs tackle the nature of Chinese ODA, fears of an alleged debt-trap, and the importance of public perception.

First, the definition of Chinese ODA is quite different from the widely-used definition provided by the Organisation of Economic Co-operation and Development (OECD). OECD characterizes ODA as aid provided by governments in the form of grants, technical assistance, and “soft” loans, where the grant element is at least 25 percent of the total. In contrast, China’s foreign aid is composed of grants and zero-interest loans offered by the Ministry of Commerce, and concessional loans managed by the Export-Import (Exim) Bank. Hubbard (2007) wrote that China’s concessional lending tends to lean toward export promotion rather than welfare and economic development. China Eximbank prescribes that no less than 50 percent of total procurement concerning concessional loans should be done in China. Moreover, projects funded by China Eximbank in Angola and Nigeria further blur the line between ODA and commercial financing since the infrastructure projects were developmental in nature but the funding mechanism focused on export credits. Moreover, the OECD does not classify loans and credits for military purposes as ODA unlike China.

Another issue worth noting is debt sustainability. There are concerns that borrowing heavily from China will lead the country into a debt trap. A 2017 Forbes article contends that the Philippine government debt could swell up to USD 452 billion by 2027, which translates to a debt-to-GDP ratio of 197 percent. The estimated figure is based on an annual 10 percent interest rate on loans levied by the Chinese government, hence tying the Philippines into a “virtual debt bondage”. However, Dr. Dan Steinbock, a global economic and policy analyst, fiercely disputed the possibility of such scenario by underlining that the government’s fiscal strategy is manageable as long as the country’s growth performance exceeds its debt obligations. For his part, Budget Secretary Benjamin Diokno dispelled claims of an impending debt trap and highlighted that loans sourced domestically will finance 75 percent of the BBB initiative, while external financing will be tapped for the remaining 25 percent. Furthermore, the government banks on the successful implementation of the Tax Reform for Acceleration and Inclusion (TRAIN) Act to pay off necessary finances related to the BBB plan.

Lastly, Filipino public’s sentiment is a major factor in shaping President Duterte’s actions toward China, specifically relating to ODA. The 2017 survey by Pew Research Center offers optimism as it reveals that the number of Filipinos with a favorable view of China increased from less than 40 percent in 2014 to 55 percent in 2017. Moreover, it observed a shift in the perception of the Filipino public toward the country’s relations with China. From just 43 percent in 2015, 67 percent now believe that it is more important to foster strong economic relations with China than enforce a tough stance against it on the issue of territorial disputes. However, a handful of groups remain wary of the assistance being offered by China. The latest survey by the Social Weather Stations (SWS) in December 2017 finds that Filipinos consider China as their third least trusted country, trailing only North Korea and Laos.

To further strengthen Philippines-China economic partnership, the two parties have to uphold the principles of transparency and accountability, especially in completing ODA-funded projects. Two novel initiatives of the Philippine government are worth noting. It launched the Philippine Infrastructure Transparency Portal (www.build.gov.ph) that tracks the progress of high-impact projects. Similarly, the Department of Public Works and Highways’ (DPWH) developed the InfraTrack App, which utilizes geo-tagging technology to effectively monitor the construction of structures in real time and detect ghost projects and inaccurate reporting. Therefore, it is incumbent upon the government to accomplish two tasks: i) effectively utilize ODA; and ii) ensure that the country will consistently meet its growth targets to successfully repay debts.

About the author:
*Jovito Jose P. Katigbak is a Foreign Affairs Research Specialist with the Center for International Relations and Strategic Studies of the Foreign Service Institute. Mr. Katigbak can be reached at [email protected] . The views expressed in this publication are of the authors alone and do not reflect the official position of the Foreign Service Institute, the Department of Foreign Affairs and the Government of the Philippines.