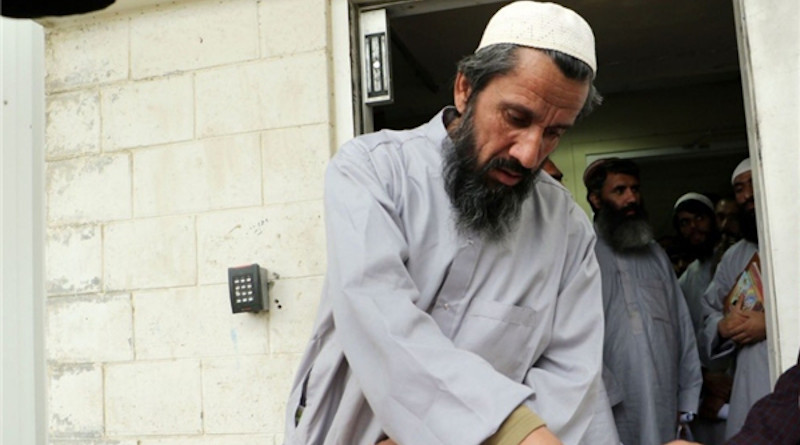 In its attempt to cross the last hurdle to the Intra-Afghan Negotiation (IAN), the Afghanistan Government on August 13, 2020, started the process of releasing the last batch of 400 ‘high value’ Taliban prisoners.

The Office of the National Security Council tweeted on August 14, 2020, “The Government of the Islamic Republic of Afghanistan yesterday released 80 Taliban convicts out of the 400 that the Consultative Loya Jirga sanctioned for release to speed up efforts for direct talks and a lasting, nationwide ceasefire… All released Taliban prisoners vowed to return to peaceful life after their release and not to fight the Afghan people again.”

The move followed President Ashraf Ghani signing a decree on August 10, 2020, facilitating the release of the last batch of prisoners.

Earlier, on August 9, 2010, speaking at the closing session of the Consultative Peace Jirga, President Ghani stated,

Today (August 9) I will sign the decree that I was not able in my life to sign it, because it was higher than my authorities. Now with your consensus and moral decision, I will sign decree of releasing these 400 prisoners and they will get released.

The decree was, however, signed on August 10.

Significantly, the final resolution of the Consultative Peace Jirga, held between August 7-9, 2020, had 25 recommendations, one of which states,

The jirga approves the release of 400 prisoners demanded by the Taliban in order to remove obstacles to the start of the peace negotiations, to stop the bloodshed and observe public interest and good.

It is pertinent to recall here that President Ghani, during his Eid-ul-Adha message on July 31, 2020, had categorically said,

Even though the government of Afghanistan was not bound by any commitments in the US-Taliban agreement, we released 4600 Taliban prisoners from the list, provided by the group, to set the stage for beginning of peace negotiations… I want to clarify an important issue for the people of Afghanistan. In the list that Taliban provided to the Government of the Islamic Republic of Afghanistan, some 400 prisoners are included in the list that according to the Afghanistan Constitution and the Afghan Penal Code, the President of Afghanistan has no authority to issue order on their release… I repeat it. I do not have the authority to release them. I have to consult with the nation and call for a consultative Loya Jirga to be able to make a decision on those 400 prisoners. The Loya Jirga will be convened soon.

In his message he also announced the release of 500 Taliban prisoners who were not part of the Taliban ‘list’.

According to the Taliban, the release of Taliban prisoners was a prerequisite to start the IAN as per the US-Taliban agreement signed on February 29, 2020. The Taliban had reiterated this position time and again. Most recently, reacting to the signing of the decree by Ghani, Taliban spokesman Suhail Shaheen, on August 10, asserted, “Our stance is clear, if the prisoner release is completed, then we are ready for the intra-Afghan talks within a week.”

Though the Ghani Government started the process of release of the last batch of Taliban prisoners on August 13, it clearly indicated that it has done this under the pressure of the US. Ghani made this crystal clear in a conversation with the Council on Foreign Relations on August 13, noting,

Until now, there has been a lot of pressure, requests from the Afghan government. Now the balance shifts because we have taken all the risks because we are a state. We were not party to an agreement to release 5,000 Taliban but out of the imperative of wanting peace in the conviction, we did it… The list is likely to pose a danger both to us and to you [US] and to the world because it is the drug dealers and hardened criminals – that has been shared with all our allies and friends – but again this is a step that we have considered necessary.

Some countries have already demanded that some of these prisoners not be released. France’s Foreign Ministry stated, on August 15,

France is particularly concerned by the presence, among the individuals liable to be released, of several terrorists convicted of killing French citizens in Afghanistan. It firmly opposes the liberation of individuals convicted of crimes against French nationals, in particular soldiers and humanitarian workers. As a result, we have immediately asked the Afghan authorities not to proceed with the release of these terrorists.

According to reports, France has specifically opposed the release of two Taliban terrorists – Zia Ahmad and Abdul Nabi – who had killed a French woman, Bettina Goislard, an employee of the United Nations High Commissioner for Refugees, in Ghazni, on November 16, 2003.

As expected, on August 13 the Taliban blamed the Government of making attempts to “create obstacles to peace” and “and to provoke the international community through propaganda.” Things got worse on August 15, 2020, when the Taliban reiterated,

The Islamic Emirate does not recognize the Kabul administration as a government but views it as western imported structure working for the continuation of American occupation.

Meanwhile, data indicates that violence persists in Afghanistan. On August 13, 2020, the Afghan Ministry of Interior disclosed that at least 121 Afghan civilians were killed and 336 were wounded in Taliban attacks in 29 Provinces over the preceding two weeks. This means that approximately 8.64 civilians were killed daily over 14 days. This 14-day period coincides with Kabul taking determined action to release the last batch of prisoners in order to appease the Taliban. On July 31, 2020, President Ghani announced the calling of the Jirga and, on August 10, the signing of the decree to release the prisoners. The daily average civilian fatalities worked out at of 7.04 during the first six months of 2019 (1,282 killed in 182 days), according to UNAMA reports. In July, according to media reports, the daily average fell to 3.51 (109 civilians killed in 31 days). The Taliban clearly chose to escalate violence precisely at the point when the Government was doing everything to meet their demands.

The Taliban’s rejection of the Afghan Government’s legitimacy and the escalating violence at critical junctures of the implementation process of the US-Taliban peace deal are disturbing reminders that the Taliban is likely to use extreme violence as leverage during negotiations, or even to pursue maximalist goals to overwhelm Kabul – with inevitable overt or covert support from Pakistan – once the Western withdrawal is complete, and US Coalition Forces are out of the equation.