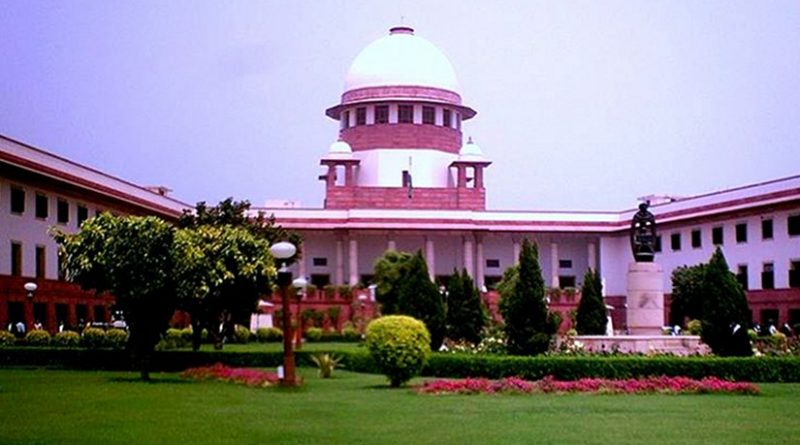 The five-judge bench verdict of Supreme Court gives a sense that it has taken the NJAC as an encroachment in their jurisdictional space. The new law envisaged that NJAC, a six-member panel, headed by the Chief Justice of India, and including two senior-most Supreme Court judges, Union Minister of Law and Justice and two “eminent persons” nominated by a committee comprising the Prime Minister, CJI and Leader of Opposition in Lok Sabha or leader of the largest Opposition party in the Lok Sabha, will select judges of the apex court and state high courts. The NJAC came into existence in April but it never became functional.

Supreme Court of India cited the Emergency of 1975-77, imposed by the then Congress government, while striking down a new law that would have given the government a role in the appointment of judges.

Accepting the petitioners’ argument centered on the Emergency when Justice HR Khanna, who dissented against the Indira Gandhi government, was superceded, the court said: “Such control in the hands of the executive… would cause immense inroads in the decision making process” and “could result in judges trying to placate and appease the political-executive segment, aimed at personal gains and rewards.”

The apex court said the changes brought by the government do not ensure primacy of judiciary in the selection and appointment of judges. The “basic structure” of the Constitution would be clearly violated if the process of selection of judges to the higher judiciary was to be conducted, in the manner contemplated through the NJAC (National Judicial Appointments Commission).

Since the executive has a major stake in a majority of cases, the participation of the Union Law Minister, as a Member of the National Judicial Accountability Commission, would be clearly questionable. The participation of the Law Minister in the final determinative process and that of the Prime Minister and the Leader of the Opposition in the selection of “eminent persons” would be a retrograde step, and cannot be accepted.

The sensitivity of selecting judges is so enormous, and the consequences of making inappropriate appointments so dangerous, that if those involved in the process of selection and the appointment of judges to the higher judiciary, make wrongful selections, it may well lead the nation into a chaos of sorts.

The collegium cannot be blamed for all the ills in the appointment of judges – the political executive has to share the blame equally if not more, since it mortgaged its constitutional responsibility of maintaining a check on what may be described as the erroneous decisions of the collegium. 9)To say that the collegium system has failed and that it needs replacement would not be a correct or a fair post mortem.

It is true that there has been criticism (sometimes scathing) of the decisions of the collegium, but it must not be forgotten that the executive had an equally important participative role in the integrated process of the appointment of judges. The judges agreed that the system could be improved as a lack of transparency, accountability and objectivity had been noted. The Collegium system needs to be improved requiring a ‘glasnost’ and a ‘perestroika’, and the case needs to be heard further in this regard.

The independence of the judiciary and a transparent system for the appointment of judges are of equal importance as both of them are interlinked. However, the Narendra Modi-led federal government tried to rush through the bill to change the system of judges’ appointment in higher judiciary to wrest control of it and the Supreme Court has rightly quashed it, declaring both the 99th constitutional amendment as well as the bill to create the NJAC as unconstitutional. Central government never comes to the rescue of those Indians who are ill treated or denied justice by government system and as such the newly proposed system would grant addition powers to the government to protect the interests of ruling elites and deny justice e to the needy. That would make the life of common people more difficult.

There is no denying the fact that the collegium system for appointment of judges, which has been in existence for over two decades now, is not an ideal system and requires drastic changes. The party said the new appointment system for judges could have been worse than the existing one. If the collegium system is opaque, then the now axed NJAC was heavily loaded in favour of the ruling party. Had it been implemented, it would have led to gross political interference in the appointment of judges. Courts would be automatically brought under the government control.

The Apex court ruled that the Judges will continue to appoint judges. The Supreme Court has invalidated the 99th Constitutional Amendment and National Judicial Appointments Commission (NJAC) Act “unanimously” passed by both Houses of Parliament and ratified by 20 states. The passage of the NJAC bill and consequent constitutional amendment in August last year was termed as the single biggest effort at judicial reform in independent India.

Though the idea of NJAC was mooted during the Atal Bihari Vajpayee government and a bill to this effect was introduced by the UPA I after rounds of scrutiny by parliamentary committees, it got a massive push from the Narendra Modi government. This ensured the passage of the bill in the first full-fledged session since Modi took office.

Communication and IT Minister Ravi Shankar Prasad who as the then Law Minister had piloted the bill in both Houses of Parliament strongly defended the 99th constitutional amendment saying “this was a unique occasion on the political horizon of India when both Houses of Parliament unanimously passed the bill barring one member walking out and 20 states ratifying it.” He cared a damn about the fallout of a judicial system directly controlled by the regime. He reacted to the verdict in the routine way, saying the government “welcomes the judgment and has full faith in the judiciary and respects its independence” but made his criticism of the verdict known.

BJP expected the Supreme court to just approve the government policy. Law Minister Sadanand Gowda expressed surprise at the SC verdict. The Supreme Court has said that it will do away with the shortcomings of the collegium system and make it more transparent.

Prasad said it is an admission that the present system had shortcomings and it needed a correction. Though he said that the government would take a position — whether to seek a review by a larger bench or refer it to Parliament — after a detailed reading of the verdict, he clearly expressed government’s unhappiness over the matter. Prasad named several former judges and chief justices of Supreme Court who had expressed their reservation over the manner in which the collegiums functioned to appoint judges. He said even then Chief Justice JS Verma, the principal author of the 1993 judgment, which brought the collegium system into existence, later said that his verdict had been misread and suggested a review. While speaking for the bill, Finance Minister Arun Jaitley had said in Parliament that the amendments will ensure transparency in the appointments of judges. “The effort now is that we restore the spirit of original Constitution.”

There is an argument that the Constitution envisages and puts a system in place to ensure the balance of power involving the executive, the legislature and the judiciary. The judiciary has the power and jurisdiction to review the functioning of the executive and the legislature and thus, it is supremely important that the appointment of judges remains above board. They can’t have absolute power in appointments. There have been a number of examples where sons, daughters, daughters-in-law and sons-in-law of judges have been appointed judges. Occasional voices of malpractice and corruption in the judiciary keep cropping up.

The issue has generated enough debates in the media, especially in TV channels. Many top jurists and lawyers have expressed their opinion, mostly in favor the judgment. No doubt, the judgment on the vulnerable justice issue is yet another feather in the decorated cap of Indian apex court.