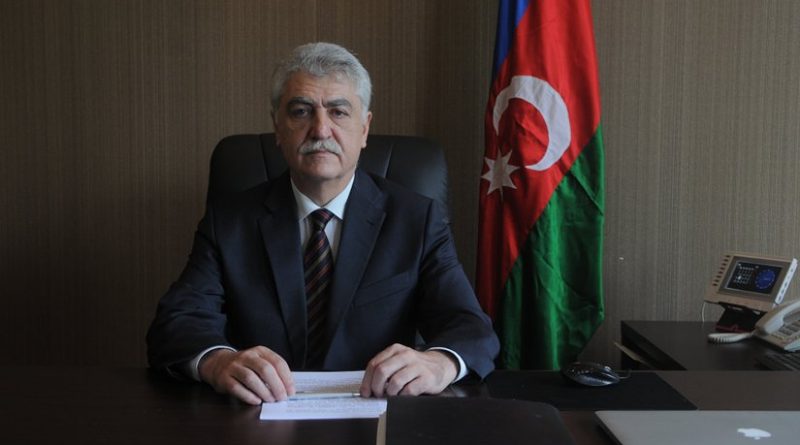 There are a lot of beautiful places that God created for human being, sometimes people do not realize or even deny this fact and destroy the nature. When we start a journey, time follows us while encourages us to quickly arrive at the destination.

Having a warm conversation with His Excellency Tamerlane Garayev, the Ambassador of Azerbaijan to Indonesia in Jakarta recently, I saw a deep sadness in his bluish eyes when he was telling me a few sad stories of his native land, Karabakh (Garabagh). There, were emotional wounds are buried so deep as this Caucasian man on his sixties told me the tragic episode that has happened in Karabakh for a quarter of a century.

Azerbaijan, a country in the Transcaucasia region, situated at the crossroads of Southwest Asia and Southeastern Europe. Is bounded by the Caspian Sea to the east, Russia to the north, Georgia to the northwest, Armenia to the west and Iran to the south.

Azerbaijan Democratic Republic became the first Muslim majority and secular republic after the country proclaimed its independence in 1918. It became also the first Muslim country that had opera houses, theaters, and modern universities. The country was incorporated into the Soviet Union in 1920 as the Azerbaijan Soviet Socialist Republic. Later on August 30th, 1991, the Modern Republic of Azerbaijan proclaimed its independence.
Azerbaijan is Karabakh, the city is very particular to the nation. Karabakh is the mother land and identity of Azerbaijan.

Kara of Karabakh is derived from ancient Turkish language meaning high, big, wide, and wonderful. Karabakh is a paradise on earth. All heaven fruit trees were growing well in that fertile soil; pomegranate trees gave their ripe bright red fruits. The fig trees provided abundance of delighted purple, yellow and even black fruits were the source of human’s healthy living. Hectares of Vineyard gave tasty liquor flavors for the people and the special dates from the region made them become the most unique ones in the world.

The Declaration of Human Rights proclaimed in Paris on December 10th 1948 has been violated brutally and continuously for a quarter a century, unfortunately by Armenia, the closest neighboring country to Azerbaijan.
Azerbaijan has many prominent poets originally from Karabakh since 12th century and has created beautiful poems in Persian, melodious language used by the majority of the Royal family in that period. The special character of Azerbaijani culture shows us how this people love peace and have a subtle feeling. All their nice words were written in Mukham to honor the creator of the universe.

In the 1970s when radio became the only means of entertainment, Karabakh people gathered excitedly at a wide spot while listening to beautiful singing/poem, accompanied by traditional music instrument, performed at least by three poets. Everyone seemed to be lulled by Mukham and absorbed in a reverie of each feverish love. A young man flew to the moon imagining his lover. An elder man was touched, remembering his love story and the journey of his life with his wife. Everyone carried away the feelings. It was then in November 2003, when UNESCO has proclaimed Mukham as the masterpiece of the Oral and Intangible Heritage of Humanity.

Sing a beautiful poem as if you did a quatrain and your friend will be confused replying the rhymes summarized in Mekhana. And if poetry is your aim, then, read beautiful poem strands in Aashiq.

Paradises in Azerbaijan are not only a beautiful poetry, tasty culinary, but there are still a lot of good things we can enjoy. Having 9 of 11 climates that exist in the world, Azerbaijan is a blessed tiny country with abundance grace from God. Nakhchivan which means the place where Noah’s boat had landed in ashore becomes very special for the Azerbaijani. Nakhchivan has a mountain rich in salt that can heal those having asthma and lung problems. Nakhchivan is the only place in the world that provides spa treatment using Nafthalene.

On the left bank of the Ganikh River at the height of the mountains is the dwelling of 2000 Khinalig people with their unique alphabet system. This tribe has strong linkages with the ancient Albanian tribes, Alazani. Khinalig is a relic of ancient times in the history of Azerbaijan.

My mind drifts away to the mountain valleys of Syahdagh and Tufandagh, then entering the Ashabi-Kahf cave and walking down to the former At-Tin plantation and Vineyard in Karabakh which now was transformed to dried trunks, no emotion at all.

I hear the voice of Nizami Ganjavi reciting his eternal love to Layla-Maznun. “I just got up from my seat when I realized my eyes were wet by tears as a little seepage. A book has been so deeply absorbed the pores throughout me, the Ambassador said, making what is unsaid becomes unspeakable; and making time and heart beats to stop together.”

Azerbaijan awaits you with a cup of black tea in a small tulip shaped glass and a plate of Baklava.

Home » Azerbaijan, The Journey To Paradise On Earth – OpEd

3 thoughts on “Azerbaijan, The Journey To Paradise On Earth – OpEd”