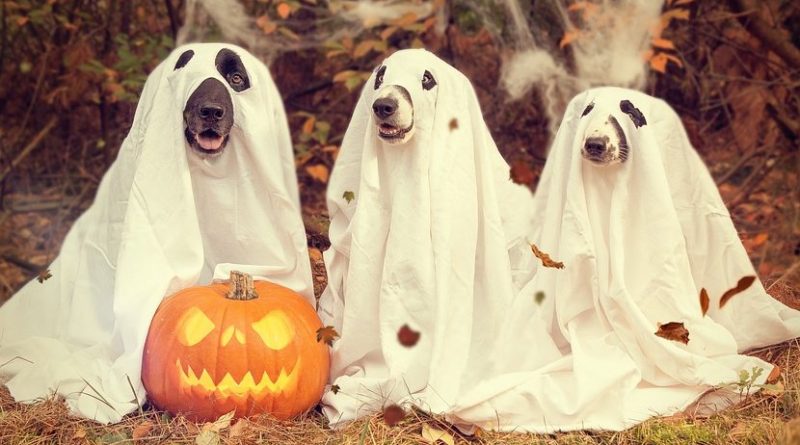 One of the more persistent myths about capitalism is that wealth and resources are “wasted” when spent on luxuries.

But now this waste has reached a new level. Thanks to our abundant wealth in the developed world, we’re no longer just spending money on luxuries for ourselves. We’re “wasting” it on our pets too.

For example, a recent article at Salon contends that the billions spent on luxuries for pets “could do more good” if spent somewhere else.

Now, I know what you’re thinking. You’re thinking it’s those Millennials who are throwing all that money away in order to dress up their dogs.

Well, there’s no doubt that some American millennials do that, but, it turns out that the middle class in China has grown so much that the Chinese are now spending billions on their pets too. The Salon article explains the “problem”:

Sylar, the border collie, has his own mansion along with a trampoline and indoor pool…

Sylar’s mansion, where other pets can visit and indulge in expensive spa-like treatments … drew the media’s attention to the increased spending in China on pet-related services. The Chinese are forecast to spend about US$2.6 billion on their pets by 2019 – a 50 percent increase from 2016.

This, however, pales in comparison with what Americans spend on their pets annually. This year alone, pet spending in the U.S. is estimated to exceed $72 billion , which is more than the combined GDP of the 39 poorest countries in the world.

Of course, these expenditures are not distributed equally among all pets. Sylar, like other celebrities, lives in the lap of luxury, while many of his fellow creatures experience hunger, homelessness, abuse and other deprivations.

How are we to think about the ethics of spending so much money on pets when it could be used to alleviate the suffering in the world?

This is an old, old story. The basic premise has long been this: people should not spend their money on luxuries while there are some people in the world who can’t get enough to eat, or who lack adequate housing, or who lack an education.

Now, there is no doubt that real value can be obtained from charitable giving to people who live in poverty. Encouraging people to share the wealth in this way — freely and without state coercion, of course — is a good thing.

However, much of the argument being made in this case of pet spending is that spending of this sort has little to no actual value.

There are a few problems with the underlying assumptions here, so let’s look at some of them now.

First of all, we can’t really assign value to how much “utility” is gained for the buyer — who is, of course, the person and not the dog — when purchasing, say, a halloween costume for a dog.

We can’t really say how much psychic profit is obtained from buying such things since each consumer is different. However, perhaps the costume was purchased by a parent in the hope of augmenting family bonding. Or perhaps he or she bought the costume to participate in a local Church event designed to build community among members. It’s impossible to say, and thus it’s impossible to conclude that every dime spent on a pet “luxury” is a waste of money.

Secondly, we have to remember where that money goes when it is spent on luxuries. It’s not as if that money simply evaporates into the ether. The money spent on any luxury item goes to someone somewhere — whether a shopkeeper, or a manufacturer, a truck driver who delivers the item, or the factory workers who creates each item.

Take for example a pet concierge — yes, they exist. These are people who specialize in pampering pets in exchange for money from the pet’s owner. Can we say that all of this money is wasted? Presumably, at least some of the the people who run pet concierge services have families. Some may have no skills other than as a pet concierge. At any rate, any person who works as a pet concierge has determined that this is the least bad job he or she can obtain at this point in time.

Can we conclude that the money paid to these people is just wasted? What if the pet concierge uses that money to care for an elderly or impoverished relative? Or a disabled child? To make blanket statements about how all money spent on these services is “wasted” is not only wrong, but inhumane.

And this brings us to our third point.

Some may respond to our previous observation by claiming, “well, if we redistributed all that money spent on luxuries, that pet concierge wouldn’t have to work hard just to help his elderly relative or disabled child.”

In other words, at the core of the “money-spent-on-luxuries-is-wasted” argument is often an assumption that some government agency could do a better job of allocating the money.

But let’s look at what would be required to “re-allocate” this money in an allegedly better way.

First of all, government agents would have to determine which people are spending too much on luxuries, and then determine what portion of their income to confiscate for purposes of re-allocation.

Then, it must be determined which people will receive the redistributed funds.

All of this will be dictated by rules and regulations, and government bureaucrats will take their cut in the re-allocation process, of course.

In the end, some people will end up with more money than they had before. And some will have less. And government employees will certainly have more.

But, can we be sure that the pet concierge who supports her family with the profits from pet luxuries will actually be better off? No, we can’t be sure. Its entirely possible, that as the wealthy are less able to purchase luxuries, the pet concierge will be put out of business, and end up working in a field she less prefers, and possibly even hates.

Moreover, we can’t be sure that she’ll even see a net gain in her income, since the rules authored by bureaucrats may not favor people in her particular situation.

Moreover, the pet concierge’s subcontractors and service providers will themselves see a reduction in their income. Had those people been investing their surplus — a surplus obtained from catering to pet luxuries — been investing in any number of non-luxury goods and services, all of those industries will see a loss.

And finally, workers overseas in poor countries who, say, sew together pet costumes, will see less demand for their work, and thus less income. These people are probably the ones who will suffer the most from our attempt at punishing people who spend too much on luxury items.

The cumulative effect is substantial, and there’s no way a government planner could account for every possible outcome.

And finally, of course, there is the fact that the forced re-allocation of funds requires coercive taxation on the part of the state — taxation under threat of fines and imprisonment. Contrast this with the voluntary exchange between the pet owners and the pet concierge. Both parties benefit. and the benefits don’t end there, as we have seen.

So, the next time we witness someone who is spending money on some luxury we deem unnecessary, whether it be a luxury car, or seemingly pointless toy, or a service that “nobody needs,” it’s helpful to keep in mind that those who sell and market such goods are ordinary people who benefit from these transactions.

Indeed, people who think that “rich” people have too much money and too many luxuries, ought to applaud people who sell dog trampolines to rich people. After all, those people are helping to separate the rich from their money.