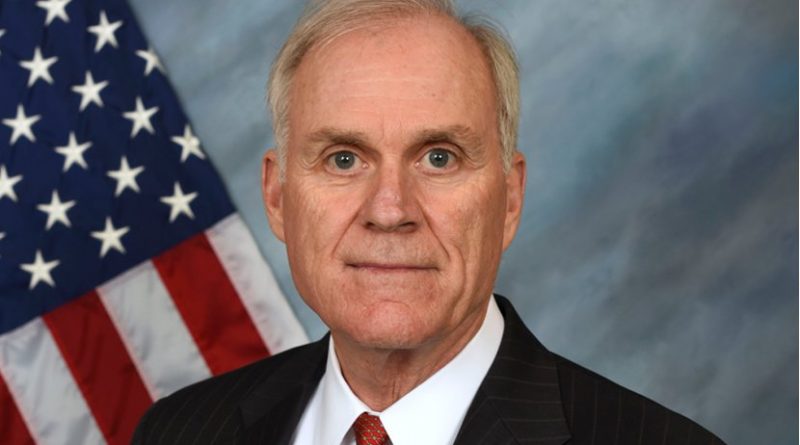 President Trump’s reversal of determinations by the US system of military justice threatens to undermine the stability of Status of Forces Agreements (SOFA) between the United States and allied governments. This could significantly weaken the US deterrent position in Asia and around the world.

On November 25, 2019, US Defence Secretary Mark Esper fired Richard Spencer as Secretary of the Navy. This followed President Donald Trump’s directive for his dismissal. Why did the president seek Spencer’s ousting? Because Spencer opposed his intention to reverse the Navy’s decision to demote a Navy Seal named Edward Gallagher, and repossess his SEAL Trident pin, after a military jury convicted him of posing for pictures with the corpse of an ISIS fighter.

Gallagher had been accused of several other breaches of conduct, including premeditated murder; but the Navy jury found him guilty on only one lesser count. Spencer, a Marine serving as Navy Secretary as a civilian, had resisted the president’s highly unusual interventions in a low-level personnel review from near the beginning of the Gallagher case in March 2019.

Spencer asked President Trump directly, on 14 November, not to intervene again in the legal process. A White House staff then informed Spencer that the president would not refrain from intervening. Spencer did not inform Secretary Esper of his exchanges with the White House, which amounted to negotiations, initially thinking the matter too low-level to warrant the Defence Secretary’s attention.

Then the next day, on 15 November, the president pardoned two Army officers, one convicted of war crimes by a military tribunal and the other accused of such crimes. Spencer concluded from his exchanges with the White House, and from his knowledge of the two Army cases, that President Trump was engaging in media grandstanding for political reasons.

Spencer perceived the president as playing to minority opinion among mostly mid- and low-ranking ex-military cadres that the system of military justice excessively constrained US troops in combat. So when a few days later Trump ordered Spencer by tweet to restore Gallagher’s rank, he demured, stating that he did not consider a tweet a proper order. Trump presumed insubordination, instructed Esper to fire the recalcitrant Spencer, and he did.

Since the firing, most commentary has dwelled on Trump’s focus on the political advantages he thought could be gained from his intervening in this issue, and his lack of concern for other implications. As Spencer himself wrote after the fact, the incident was “a reminder that the president has very little understanding of what it means to be in the military, to fight ethically or to be governed by a uniform set of rules and practices”.

What other implications? Since the impeachment process has focused on the possibility of the president’s having broken the law, some observers tried to find illegality in the Gallagher case as well. There is none. The president had the right to ask for Spencer’s dismissal and Secretary Esper had the right to fire him. The president is no ordinary civilian: He is Commander-in-Chief.

It is also worth remembering some basic predicates of US civil-military relations. All the secretaries of the US Armed Services serve as civilians, and none of the members of the Joint Chiefs of Staff (JCS), including the chairman, has authority to order US forces into action. Only duly authorised civilians, the president and most notably the secretary of defence, can do that.

As with impeachment, where a breach of the public trust sufficient to warrant a president’s removal from office need not involve any actual crime − a fact unfortunately lost on the mainstream American media and most of the public − so with the Gallagher affair: The damage done is to norms, not to law per se.

Trump’s interventions in the Gallagher case, as well as his pardon of the two Army officers, have harmed the spirit of the Uniform Code of Military Justice, which is supposed to be and nearly always has been insulated from political manipulation. Will some unknown number of active duty American soldiers in combat zones now conclude that they may mistreat, even torture and murder, prisoners − especially militant Muslims − without expectation of punishment?

As former JCS Chairman Gen. Martin Dempsey put it, the White House’s countermanding of military justice verdicts “signals our troops and allies that we don’t take the Law of Armed Conflict seriously”.

The novelty of the present situation is manifest. As a result of President Trump’s behaviour, unprecedented doubt has now been seeded as to the fairness and stability of the US system of military justice; what the eventual consequences will be no one can say.

Not the Worst of Implications

But that is not even the worst of the potential damage that may issue from the president’s interventions. Richard Spencer closed his after-action report in the Washington Post with these words: “Our allies need to know that we remain a force for good, and to please bear with us as we move through this moment in time.”

Spencer was a bit cryptic, but former Pentagon Comptroller Dov Zakheim, writing in The Hill on 26 November 2019, was clear: Trump’s behaviour could “lead states that currently host American forces to renegotiate or even cancel longstanding Status of Forces Agreements (SOFAs) that enable American troops accused of crimes to be tried in American court martials”.

A SOFA arrangement is a sine qua non for the stationing of US forces abroad. US military leaders have insisted on them, as has the Congress, so that the presence of US troops on foreign soil cannot be manipulated via local courts in host-country political struggles. Thus, whenever the US government initials a Memorandum of Understanding with a foreign government concerning the presence of US military forces on their soil, a SOFA agreement is either written into the MOU or accompanies it.

As a rule, US forces deployed abroad are so important to the host government on national security grounds that SOFA agreements rarely impede the bilateral relationship. That is not always the case, however. The failure of the Iraqi government to sign a SOFA agreement in a timely manner was a factor in President Barrack Obama’s decision to pull US forces out of Iraq in 2011, a decision that proved premature in light of the rise of Islamic State in its aftermath.

SOFA agreements have also become controversial in places housing large numbers of the US troops over long periods, such as in Japan and South Korea, where some violations of law by US military personnel become almost inevitable in the fullness of time.

In the case of the US relationship with Singapore, such problems are unlikely to arise due to the small size of the deployment and its relatively uncomplicated nature. But if other US allies and partners in the region come to doubt the credibility of the US system of military justice, they may demand the renegotiation of their SOFA agreements.

The politics surrounding such demands, even short of causing the destruction of US alliance relationships, could significantly weaken the US military position in Asia overall. So despite the absence of a US-Singapore SOFA agreement, the wider fallout from the Gallagher affair could come to harm Singapore’s interests.

President Trump did not anticipate such issues and doubtlessly cares little about them. He would lose no sleep even if multiple sharp disagreements over SOFA issues were to end US forward deployments altogether.

That ultimately is what he seems to mean by “America First”, a euphemism for isolationism punctuated by outbursts of unilateral assertiveness, just as in the 1930s.

Fortunately, an end to all US military forward deployments is unlikely to happen anytime soon. This moment in time is a decidedly abnormal one, and men and women of good faith and good sense − Americans together with others − have it in their power to keep it that way.

*Adam Garfinkle is a Distinguished Visiting Fellow at the S. Rajaratnam School of International Studies (RSIS), Nanyang Technological University (NTU), Singapore. He is Founding Editor of The American Interest and a former US State Department official.