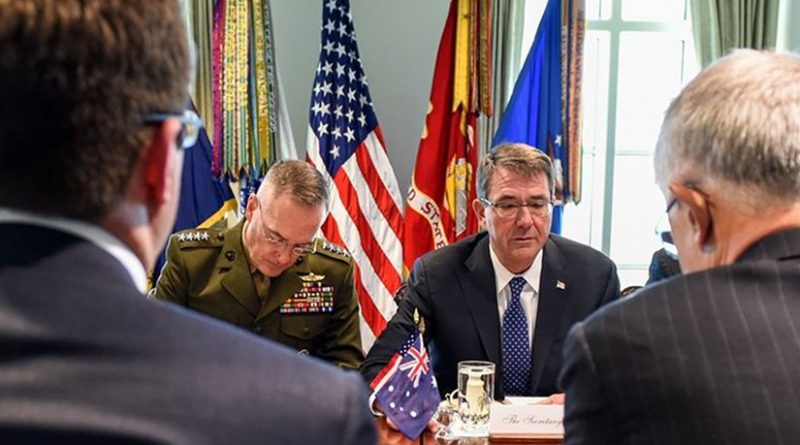 US Defense Secretary Ash Carter joined Australian Prime Minister Malcolm Turnbull for a wreath-laying ceremony at Arlington National Cemetery today before welcoming the prime minister to the Pentagon for a discussion on defense cooperation between the United States and Australia.

In a statement provided by Peter Cook, Pentagon press secretary, Carter and Turnbull discussed recent developments in Iraq and Syria, and the need to continue close collaboration on security issues in the Asia-Pacific region.
Carter expressed appreciation for Australia’s contributions to the counter-ISIL coalition, as well as Australia’s continued support in Afghanistan.

Carter said he looks forward to Australia’s participation in the counter-ISIL coalition meeting Jan. 20, in Paris.