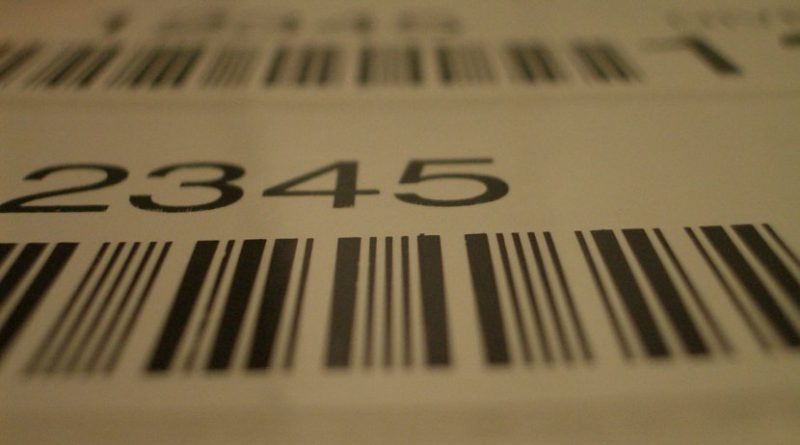 ICT fuelled rapid growth in US retail during the 1990s and 2000s. This column maps the adoption of universal product codes and scanners to show that the barcode was one of the main drivers of this growth. Companies adopting barcodes employed 10% more employees, delivered a wider range of products, and were more likely to procure from abroad.

US labour productivity growth has averaged only 1.3% per annum since 2004, leading to a debate between optimists and pessimists on what this implies. The pessimists, such as Robert Gordon (2012), see slow growth as the new normal. Optimists, such as McAfee and Brynjolfsson (2016), point to the productivity-enhancing potential of technologies such as robots and artificial intelligence.

Despite their disagreement over future trends, both sides agree that rapid growth during the late 1990s and early 2000s was fuelled by the adoption of information and communications technology (ICT). The retail sector is often used as ‘Exhibit A’ for this argument (for example, by McKinsey 2001).

Most accounts of this retail revolution highlight the importance of technologies such as scanning and automated inventory management. But there remains little or no large-sample empirical evidence of the role played by these technologies. Our new research (Basker and Simcoe 2017) fills that gap. It uses by historical data on Universal Product Code (UPC) registrations to study the diffusion and economic impacts of the barcode system.

The first barcode scanner was deployed in a Marsh Supermarket, in Troy, Ohio, in 1974. The system was originally developed for use in food retailing, but the combination of barcodes printed on a package by the manufacturer and scanners used in-store by retailers made automated checkout and inventory tracking possible in all retail sectors.

The first six digits of a barcode are a unique firm identifier. We merge the name and address of each firm that had registered for a UPC symbol to the confidential Business Register of the US Census. Doing this means we can provide an economy-wide view of the diffusion and impact of this system.

Barcodes are only useful if stores have scanners that can read them, and scanners are only useful if product packages carry barcodes to scan. This is a classic ‘two-sided network’ problem, because the industry as a whole benefits from the adoption of the new standard, but each side – retailer and supplier – prefers to wait for the other to move first. In the food industry, the large retailers, wholesalers, and manufacturers worked together to adopt the standard. Pharmaceutical manufacturers, who sold many of their products through the same channels as food manufacturers, were quick to join in. The top-left panel of Figure 1 shows that UPS-adopting firms accounted for 60% of industry employment in the US food and drug industries by the end of the 1970s.

Other retail industries adopted the UPC standard thanks to the influence of large general-merchandise retailers such as Walmart and Kmart. These firms started investing heavily in scanning and related technologies in the 1980s, and started requiring their suppliers to provide barcoded packages in 1983 (Kmart) and 1987 (Walmart). Figure 1 also shows a rise in manufacturer UPC adoption in categories like textiles, furniture, apparel, and electronics during that period.

Using firm-level data from the US Census Bureau, we find both direct and indirect evidence of network effects.

The direct evidence comes from scanner adoption patterns. We find that food stores were more likely to install scanners when more of their revenues came from selling goods produced by industries that were early UPC adopters.

The indirect evidence comes from UPC adoption patterns. We find that an increase in industry-average UPC adoption substantially increases the probability that a firm adopts the UPC, presumably because the share of adopting competitors increases along with the share of downstream retailers that have adopted complementary technologies.

We also examine what happened to manufacturers and wholesalers that adopted the UPC code. We focus on two outcomes: firm size, proxied by employment; and product innovation, measured by trademark registrations. Because the decision to adopt the UPC was not random, we use a matched sample difference-in-differences design to study the effects of adoption. Our estimates compare the change in outcomes following UPC adoption to the change over the same period in a sample of non-adopting firms. The non-adopting firms had the same size and pre-adoption growth rates.

We find that employment increased by about 10% in the year immediately after a manufacturer registered for a UPC, after which it stabilised at the new, higher level. The increase in employment following UPC registration was increasing in the share of the firm’s competitors that had also registered. This is consistent with the presence of network effects.

Overall manufacturing employment was relatively stable during our sample period, so this was clearly a partial-equilibrium effect. Given the magnitude and timing of this effect, we think the most plausible interpretation was that, as retailers began requiring their suppliers to use barcodes, manufacturers that adopted the UPC were able to secure new retail orders. They then hired new employees to meet those orders.

As scanning and automated inventory management made it possible for stores to handle a wider assortment of goods, manufacturers also responded by providing greater variety. Figure 2 shows that for the grocery sector, there was a sudden acceleration in products stocked, new products introduced and new trademark registrations by grocery manufacturers starting in the 1980s. This occurred just as the UPC was diffusing through that retail channel.

We look beyond groceries, again using the Census microdata, this time linked to the US Patent and Trademark Office Trademark Case File Dataset (Dinlersoz et al. 2017). In a difference-in-difference specification, we find that the annual propensity of manufacturing firms to register for a new trademark increased substantially after they obtained a UPC.

These findings suggest that, as retailers grew in scale and scope and employed scanning and complementary information technology that allowed better inventory management, they increasingly procured from abroad. This is likely to have intensified competitive pressures faced by domestic suppliers. The results also suggest the increase in variety for consumers was even greater than indicated by domestic trademarking results. Our results complement the finding by Broda and Weinstein (2006) that variety of imported goods increased fourfold between 1972 and 2001.

In January 2017, Tim Harford highlighted the barcode as one of “50 Things That Shaped the Modern Economy”. His choice highlights the idea that a ubiquitous and seemingly trivial piece of everyday life could have dramatic implications for efficiency and industrial organisation.

Nevertheless, these dramatic changes did not happen overnight. The first scan took place in the mid-1970s. Manufacturers began to adopt barcodes in large numbers during the 1980s. The rapid growth of large retail chains and the associated productivity gains primarily occurred in the 1990s and early 2000s (Basker et al. 2012, Foster et al. 2006). Throughout this 30-year period, organisations at both ends of the supply chain made investments in complementary technological, organisational, and process change.

The US Census estimates that e-commerce accounted for 9.1% of all retail sales in the third quarter of 2017, and this share is increasing. Retailers are making large investments in the distribution infrastructure needed to support direct-to-consumer delivery, such as logistics and warehouse automation (Lopez 2017, Bashin and Clark 2016). It is too soon to say whether this will create the next wave of ICT-fuelled retail productivity growth, but our study shows that this would not be unprecedented.

Authors’ note: Any opinions and conclusions expressed herein are those of the authors and do not necessarily represent the views of the US Census Bureau. All results have been reviewed to ensure that no confidential information is disclosed.

*About the authors:
Emek Basker, Principal Economist, US Census Bureau

Brynjolfsson, E and A McAfee (2016), The Second Machine Age: Work, Progress, and Prosperity in a Time of Brilliant Technologies, W W Norton, Inc.

Dinlersoz, E M, N Goldschlag, A Myers, and N Zolas (2017), “An Anatomy of Trademarking by Firms in the United States”, unpublished paper, US Census Bureau.