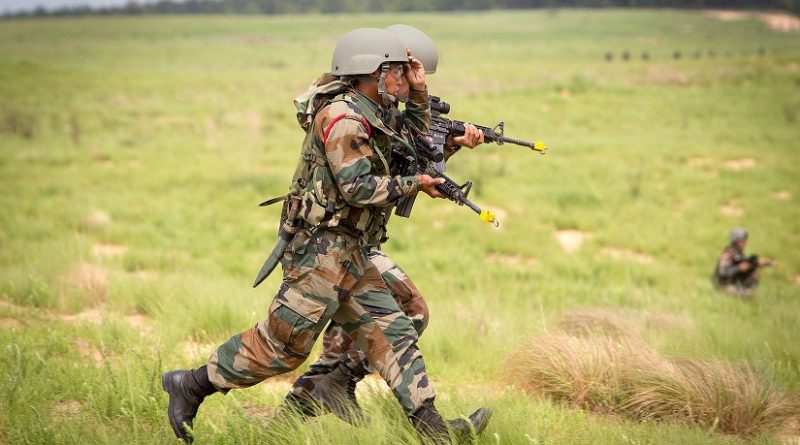 India must consider military retaliation, as further inaction will only go on to reinforce Pakistan’s nuclear deterrence.

The surgical strikes conducted by the Indian Army in September 2016 were celebrated as a success by the BJP-led government. Analysis of these strikes, however, capture two fronts where they did not succeed. First, the strikes did not succeed as a tool of coercion. Pakistan since has not taken any credible action against anti-India terror outfits operating from its territory which can be credited to the strikes. Cross-border firing along the Line of Control (LoC) has continued apace, if not increased. Terror attacks against Indian army outposts have been as frequent as earlier in Jammu and Kashmir. While major terror attacks have not occurred in other parts of the country, a correlation between that and surgical strikes of September 2016 cannot be drawn.

Second, India did not cross Pakistan’s declared redline for the first use of tactical nuclear weapons or call Pakistan’s nuclear bluff. The scale and nature of the surgical strikes were well below those of military retaliations as designed under, say, the Cold Start doctrine of the Indian army. There was no movement of the army battalion or armoured division into Pakistani territory and India did not suggest any intention of capturing Pakistani territory, de facto or de jure. Given that Pakistan’s threat of using tactical nuclear weapon first is designed to deter low-scale military incursions by India, the stealth attacks of September 2016 — declared as surgical strikes — did not challenge Pakistan’s declared nuclear redline.

India’s military retaliations or lack thereof in response to terror attacks perpetrated by Pakistan-based and funded groups since 1998 have, on the contrary, reinforced Pakistan’s nuclear threshold and deterrence. India mobilised its military heavily during 2001-02 crisis, but it did not cross the LoC or the international border to launch a conventional attack on Pakistan. In the aftermath of the Mumbai terror attack of 2008, India did not launch a low-scale, swift military retaliation. This is despite the conception of Cold Start doctrine in 2004 and several military exercises conducted between 2004 and 2007 towards the operationalisation of that doctrine. Surgical strikes of September 2016 conducted in the aftermath of the Uri terror attack, as assessed above, is another case in point. Any study of South Asian deterrence-stability use these cases to exemplify the robustness of Pakistan’s nuclear deterrence.

India has been argued to demonstrate a posture of assured retaliation — it will respond to nuclear first use by an adversary with its own nuclear weapons. However, this threat and its signaling has been ineffective, so far, in countering Pakistan’s nuclear threat, especially that of using tactical nuclear weapons in a low-scale conventional conflict. Arguably, India’s nuclear posture has been irrelevant in the India-Pakistan conflict dyad.

India’s declaratory doctrine of 2003 does not explicitly describe the nuclear retaliatory threat. It states that India’s retaliation will be “massive and designed to inflict unacceptable damage.” Yet, several factors lead India’s nuclear retaliatory threat to be read as that of massive countervalue retaliation — use of strategic nuclear weapons for countervalue retaliation that involves targeting population and industrial centres. These factors include the Cold War-interpretation of “massive retaliation”; an unexplained shift from the use of “punitive” in the 1999 draft doctrine to that of “massive” in the 2003 declaratory doctrine in defining the scale of retaliation; the traditional view among the political elite in New Delhi, according to which nuclear weapons are not tools of warfighting but political tools of deterrence; and reiteration of that view by former Foreign Secretary, Shyam Saran in a speech given in 2013 as head of the National Security Advisory Board (NSAB), wherein he dismisses the concepts of “counterforce retaliation” and “flexible response.”

However, recent remarks made by the former National Security Advisor of India, Shivshankar Menon or former Commander-in-Chief of India’s Strategic Force Command (SFC), Lt. Gen. (retd) B.S. Nagal suggest a more flexible reading of India’s nuclear retaliatory threat, be it on targets and scale of retaliation. India indeed possesses capabilities for a retaliation that is proportionate to the use of tactical nuclear weapons by Pakistan as well. It has nuclear warheads of smaller (tactical) yield and it can use its accurate missile systems or aircrafts as delivery means. India need not go down Pakistan’s path to develop and deploy its own arsenal of tactical nuclear weapons for proportionate retaliation. Better signaling of India’s willingness to retaliate at different levels of the escalatory ladder will counter-balance Pakistan’s nuclear threat.

Thus, the success and dominance of Pakistan’s nuclear deterrence is determined by India’s military actions (or lack thereof) in response to terror attacks and India’s signaling of its nuclear retaliatory threat, among other developments in the India-Pakistan conflict dyad. Pakistan’s nuclear threshold and deterrence should not be treated as constants. India can initiate conventional conflict and simultaneously make its nuclear retaliatory threat credible to affect Pakistani calculus.