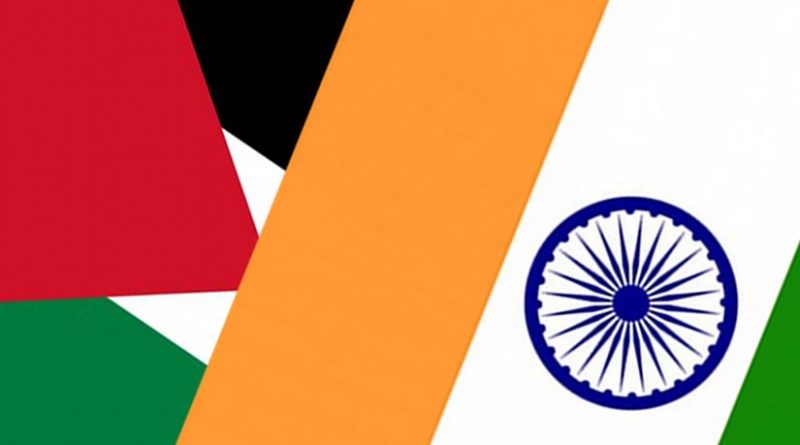 In the aftermath of India being elected as one of the non-permanent members of the UN Security Council (UNSC) in January 2011 for a two-year term – with 187 countries endorsing its candidature, its positions on key international issues have been keenly watched. Among decisions India had to take included those relating to Cote d’Ivoire, Libya and Syria. The Palestinian bid to seek statehood at the upcoming session of the UN General Assembly beginning September 21, 2011 will be another instance when India will have to take a call on a highly resonant issue.

India was the first non-Arab state to recognise Palestine in 1988. At the UN specifically, India has supported NAM-sponsored resolutions on the need for the expeditious establishment of a Palestinian state and has actively participated at the meetings of the NAM Committee on Palestine. The EAM attends these meetings and reminds the audience that the Committee was first established at the 1983 NAM Summit in New Delhi. India also co-sponsored and voted in favour of a draft resolution on February 18, 2011 at the UN which termed Israeli settlement policies as “illegal.” India’s Explanation of Vote affirmed that India’s decision was “consistent with our long-standing position of solidarity with the Palestinian people and our position that the settlements in the occupied Palestinian territories are illegal under international law …” That resolution was however vetoed by the US, the first ever veto by the Obama administration.

Given that the upcoming move by the Palestinians would be an unilateral effort seeking statehood, it is pertinent to note that Deputy Foreign Minister Ahmed in a speech on the occasion of ‘International Day of Solidarity with the Palestinian People’ on January 28, 2011 urged a “negotiated solution resulting in a sovereign, independent, viable and united State of Palestine living within secure and recognized borders with East Jerusalem as its Capital, side by side and at peace with Israel as endorsed in the Quartet Roadmap and United Nations Security Council Resolutions 1397 & 1515” (emphasis added). Mr. Ahmed was, however, quoted as stating after his meeting with the Palestinian Ambassador in August 2011 that “[full UN] membership will help move the peace process forward and will not conflict with negotiations.”

The Palestinians assert that more than 140 countries have expressed support for their bid. However, in order for their efforts to fructify, they need the support of the UNSC. Among the veto-wielding powers, the US has been vigorously opposed to the bid, with President Obama stating that such a move would be “counter-productive.” The French Foreign Minister has warned that it could lead to a “serious diplomatic crisis.” Russia and China have indicated that they will support the bid. China on its part has stated that it “”respects, understands and supports” the move as statehood is an “inalienable right” of the Palestinian people. British Prime Minister David Cameron, in an interview with Al Jazeera on September 9, 2011, affirmed that Britain does “support the ambition of the Palestinians to have statehood” but nevertheless insisted that “it’s not the UN that can confer statehood on the Palestinians. The only way statehood is going to happen is for the Israelis and the Palestinians to sit down and negotiate and agree the terms of the Israeli State and the Palestinian State.”

Israel has warned of serious repercussions, including the annulment of all agreements with the PNA, including security cooperation and on such issues as sharing of water and trade. Mr. Abbas on his part insists that the Palestinian statehood bid is an effort to seek international support for their legitimate cause. Special Envoys from the US (David Hale and Dennis Ross), the EU Foreign Policy chief (Catherine Ashton) and the Quartet Representative Tony Blair have in recent days been visiting the region to persuade the Palestinians to give up their bid and have urged both sides to return to the negotiating table. Influential voices like that of the former Saudi Ambassador to Washington Turki al-Faisal have warned that if the US vetoes the bid, “American influence will decline further, Israeli security will be undermined and Iran will be empowered …”

As regards the possible impact of India’s support for the Palestinian bid on India-Israel relations, it is pertinent to note that India’s history of support for the Palestinian cause is acknowledged and accepted by Israel and the US as well, as indicated by diplomatic communications revealed by Wikileaks and statements of key officials like former Middle East Special Envoy Chinmaya Gharekhan. Israeli policy makers had in the past expressed the opinion that India should have “acted with more discretion” when it endorsed the UN-mandated Goldstone report (which investigated Israeli and Hamas actions during the December 2008-January 2009 Operation Cast Lead) at the UN in October 2009. Given that Israel is currently facing rough weather in its neighbourhood, with relations in a difficult phase with countries like Turkey and Egypt, Israel will find it difficult to find fault with the decision of a key country like India, on an issue that is bound to find high-resonance among a majority of the UN member states. However, while India’s support for the Palestinian bid is not likely to affect the robust defence (worth more than $ 9 billion so far) and economic (annual trade of $5 billion currently) engagement with Israel, it could further raise the bar for greater engagement between the two countries at the highest political levels.

Irrespective of the outcome of the Palestinian bid to seek to become the 194th UN member-state after South Sudan, the effort is a definitive ‘fork-in-the-road’ as far as the future contours of the intractable issue are concerned. Whether the effort will lead to a further hardening of positions and the empowering of radical elements in each camp or assist in the return to the negotiating process will remain to be seen.

Originally published by Institute for Defence Studies and Analyses (www.idsa.in) at http://www.idsa.in/idsacomments/IndiaandthePalestinianBidforStatehoodattheUN_sscrajiv_190911