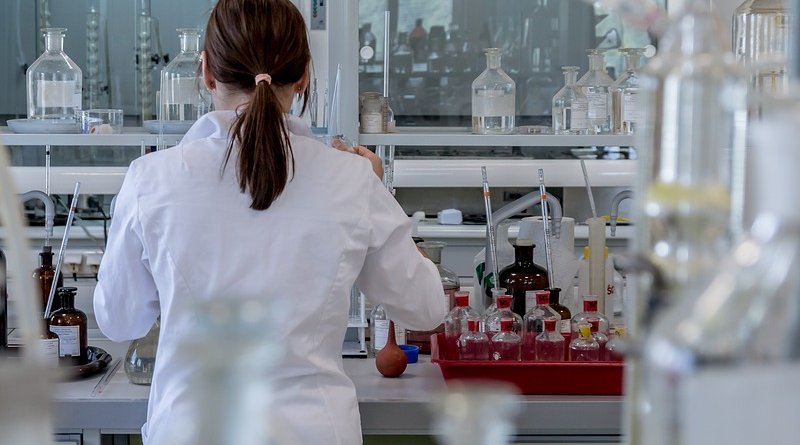 One pathology characteristic of much post-Enlightenment reasoning is often called “scientism”: treating the scientific method as the only way of knowing anything and everything.

Few people would want to do without the material improvements to human life that the natural sciences have achieved. With the scientific method, the Age of Reason bequeathed to us a certain power over nature’s brutal whims. One side-effect of these triumphs was that some began treating the empirical sciences as the only form of true reason and the primary way to discern true knowledge …

Few scholars would confess that they were promoting “scientism.” It is often a question of mindset. Sir Francis Bacon’s praise in his [posthumously published] New Atlantis of the natural sciences and his comparative silence about other forms of reasoning has more than a whiff of scientism about it. Closer to our own time, the tremendous technological and industrial progress realized in the nineteenth century through such disciplines as biology, chemistry, engineering, and physics encouraged triumphalist rhetoric about science’s potential to eclipse everything …

On the everyday level, scientism appears whenever the language of science is invoked as a trump-card in debate. When someone responds to an argument with “The science says … ” he is often implying that the natural sciences provide the only real standard of objectivity, making the scientist a quasi-religious authority to whom all must defer …

Even the decision to embark on the scientific enterprise is underpinned by something preceding the scientific method: the reasonable conviction that there is truth, we can know it, and, above all, that it is good to know the difference between truth and error. We don’t, for instance, engage in medical research simply because we want to know why penicillin kills germs. We want to know why penicillin kills germs so that we can protect human life and health. Human life, we reason, is good and worthy of protection from disease.

Notwithstanding these serious flaws with scientism, its acceptance has two effects on a society. First, it is believed that anything that can’t be quantified is subjective, relative, arbitrary, a matter of opinion, or a reflection of the emotions. The idea of God, then, is reduced, at best, to knowledge of the mathematical structures that undergird nature. This might point to a hypothesis of the type of First Cause proposed by Deists and some Greek philosophers. Outside this framework, however, God becomes a matter of subjective opinion and pious customs—that is to say, meaningless …

The second effect of scientism is that it encourages imperialist tendencies in the natural sciences. Instead of dismissing everything unquantifiable as mere opinion, we seek to bring everything under the scientific method. A prominent example of such thought is the use of evolutionary theory to explain morality. The near-universal prohibition of incest, for instance, is explained as an evolutionary adaptation that prevented inbreeding, enhancing the strength of the human species. That’s a descriptive position — that is, an attempt to describe how a moral norm came to be established. But it also assumes — for it makes no effort to prove — that no moral knowledge or moral reasoning is innate to human beings.

But evolutionary morality can also take on a prescriptive character insofar as it defines good and evil in evolutionary terms. “Good” is what strengthens the species. “Bad” is what weakens the species. This thinking underlay the type of moral arguments made by the eugenics movement in defense of such practices as compulsory sterilization of the disabled. Good was whatever promoted better breeding by the fit and whatever limited reproduction by the genetically less well-endowed.

The point to keep in mind is that evolutionary morality is deeply scientistic. It purports to explain morality and settle moral questions on the basis of what some scientists believe has been revealed about the human species’ development by particular sciences. In 1975, the biologist E. O. Wilson even suggested that “the time has come for ethics to be removed temporarily from the hands of the philosophers and biologicized.”

The problems with such positions are manifold. They affirm, for instance, a type of biological determinism that denies free will, including, presumably, the free choice to propose a scientistic theory of everything, reflect on it, and respond to critiques of the theory. Once again, we enter the realm of self-refuting propositions.

We begin to see, then, how scientism, for all its exaltation of reason, unreasonably depreciates reason’s ability to know the truth and its capacity to direct man’s decisions to the good and the just. Far from representing reason’s victory over superstition, scientism is the amputation of reason. We are left unable to ask what are and are not reasonable uses of the natural sciences. Scientism forbids us from using our reason to ponder the philosophical dimensions of these questions. Such questions are not put to the side — they are abolished.

Of course, scientism cannot stop such questions from arising in our minds. If people are told that reason is limited to the natural sciences, only to discover that these sciences can’t answer important questions, they tend to go down one of three paths. Some attempt to build new systems of comprehending and shaping the world in a manner they consider scientific, burying themselves even deeper in the bunker of scientism. Others conclude that outside science, everything is relative. This can lead them to assent to the proposition that the only way to make decisions is by turning to whoever possesses the most power and is willing to use it. A third group find answers by embracing systems of thought that extol irrationalism and unthinking obedience to commands from on high.

And so we confront the destructive forces that the separation of faith and reason has unleashed.

This is an extract from Samuel Gregg’s, Reason, Faith, and the Struggle for Western Civilization (Washington D.C.: Regnery Gateway, 2019). Used with Permission.

Home » The Specter Of Scientism – OpEd