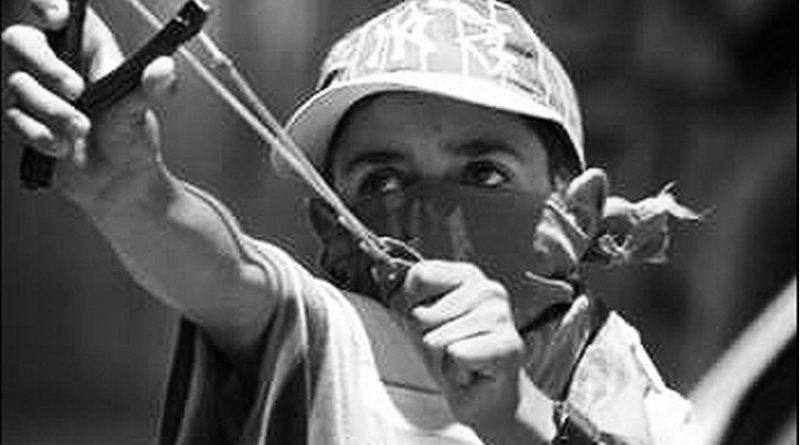 Among the first two people who recruited me to activism after I completed military service in the Vietnam War were the Palestinian scholar Ibrahim Abu-Lughod and the Egyptian scholar M. Cherif Bassiouni. They were formidable and brilliant role models for a young Palestinian trying to work out how best to help his people.

Abu-Lughod wrote the only book worth reading about the Palestine conflict, “The Transformation of Palestine,” while Bassiouni was instrumental in defining Arab civil rights and was the chief architect of the International Criminal Court.

Both men gave voice to the growing American Palestinian movement. Abu-Lughod later retired as a professor at Bir Zeit University and Bassiouni continued to pursue a celebrated career in international law.

They shared a fundamental approach to the Palestine-Israel conflict many activists ignore: You cannot achieve 100 percent. What you can do is achieve what you can, have respect for the truth, and then build the foundation to achieve more.

When Abu-Lughod asked me to become involved in fighting for Palestinian justice, becoming the spokesman for the Arab American Congress for Palestine, I couldn’t say no. I wanted to be a doctor, like several relatives, but with Abu-Lughod’s guidance I pursued communications and journalism, two skills lacking in our community.

It was through Abu-Lughod that I understood the challenges Palestinians faced in America. Anger did not work in influencing Americans, he explained. It distorted our cause and was often mischaracterized as hate. Palestinians don’t hate Jews. But their anger over Israel’s atrocities can be so intense it appears like hate.

Abu-Lughod believed Palestinians needed to establish common ground with mainstream Americans. We needed to make a strong connection. A bond. In America, “perception is reality,” he would often explain.

That became my mantra. The solution was clear. Change perceptions and change American foreign policy. Our cause needed to look like “their” cause.

Americans would listen to a Palestinian activist who looked like them, sounded like them and didn’t just speak “English,” but spoke “American.”

It was a decision by my father, George. Dad insisted I learn English, not Arabic, even though for the first decade of my life, my mother, Georgette, often spoke only Arabic to me. That made me as American as everyone else. It made the message I conveyed more effective in connecting with the American sense of fairness and justice. I wrote hundreds of Letters to Editors complaining about biased, inaccurate coverage.

The idea of perception was so strong, Abu-Lughod selected me to publicly debate key Israeli figures, including Foreign Minister Abba Eban on national TV when I was only 22.

Bassiouni taught me success is often built from failure. In other words, people who are successful often became successful by acknowledging and understanding their failures. If you ignore your failures — pretending they never happened — you are doomed to live in those failures for ever.

I ended up going into journalism as a profession on the basis of those lessons. Bassiouni was one of my first major interviews.

He also believed Palestinians needed to become more “American” in order to influence Americans. We had to establish that bond of understanding and support by building that friendship.

I quickly discovered Palestinians often can’t break free of their anger. Instead of pursuing solutions, we pursue punishment. We want to punish Israel. Recognizing failure is foreign to our culture. Pride is more important than doing what needs to be done.

When Americans look at Palestinians, they see anger. They see foreigners. They see the image painted by Israel. We feed into that false image with our anger and by acting “foreign.” Palestinians in America were pushed into a stereotype painted by racist Hollywood movies and an American news media driven by Israeli propaganda.

Palestinians were made to look bad. And we helped that process through our anger, our frustrations, and by failing to connect with Americans.

Compromise is an essential aspect of victory. Rejecting compromise leaves only two outcomes, victory or defeat. Arabs can’t achieve victory, so we learn to live in defeat.
Even to this day, many argue that the American people are slaves to Israeli propaganda, and yet they don’t think it’s important to create a propaganda of our own to counter Israel’s and change the perception of Americans.

“Just give them the truth,” I am told by activists who then dive into an angry and endless denunciation of Israel’s crimes, which are many. But maybe they are too many for Americans to clearly see.

Both men died, Abu-Lughod in May 2001 and Bassiouni only last month. The logic they espoused is absent from many of today’s activists who believe they can force Americans to see the truth through confrontation, protests and attacks rather than through effective strategic communications and compromise as persuasion.

They used to refer to the “wandering Jew.” But I think that label has been taken over by Palestinians. We have no leaders advocating professional communications or clever messaging as strategies to win over American public support.

In fact, many Palestinians and Arabs believe it is a waste of time to lobby Americans, even though they often complain about all the support America gives Israel in terms of money and politics.

It might explain why this conflict has gone on for so long. As a reminder of how long it has been, next month we will mark the 100th anniversary of the Balfour Declaration.

With no real leaders in America, Palestine is more enslaved today than it ever was.