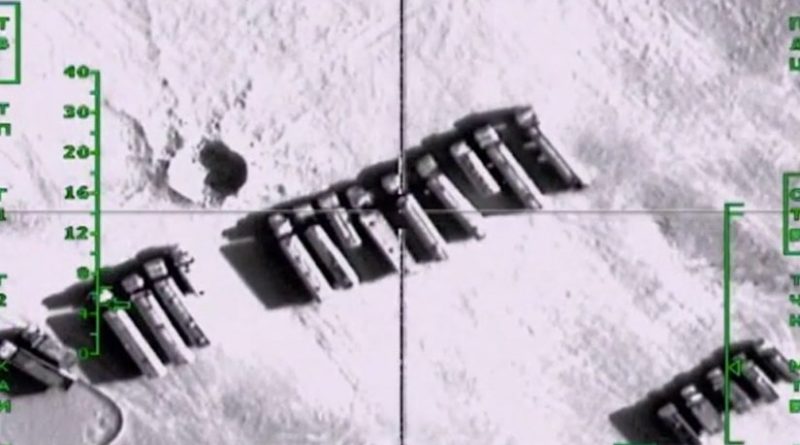 Around 500 fuel tanker vehicles transporting illegal oil from Syria to Iraq for processing have been destroyed by Russia’s Air Forces, the General Staff said.

“In recent years, Islamic State (IS, formerly ISIS/ISIL) and other extremist groups have organized the operations of the so-called ‘pipeline on wheels’ on the territories they control,” Russian General Staff spokesman Colonel General Andrey Kartapolov said.

Hundreds of thousands of tons of fuel have been delivered to Iraq for processing by trucks and the revenue generated from these illegal exports is the one of the terrorists’ main sources of funding, he said.

The spokesman displayed images showing convoys comprised of hundreds of vehicles transporting oil to back his assertion.

“In just the first few days, our aviation has destroyed 500 fuel tanker trucks, which greatly reduced illegal oil export capabilities of the militants and, accordingly, their income from oil smuggling,” Kartapolov stressed.

The spokesman also said that the Russian military has begun developing proposals for joint military action with the French Navy against the terrorists in accordance with an order by President Vladimir Putin.

“This joint work will begin after the arrival of aircraft carrier Charles de Gaulle to the Syrian shores,” Kartapolov explained. Russia has been bombing Islamic State and other terror groups in Syria since September 30 at the official request of country’s president, Bashar Assad.

By Benjamin Verdi* Sixty years ago an outgoing, conservative American president warned both his more liberal successor and his fellow citizens

For People With Diabetes, Medicaid Expansion Helps, But Can’t Do It All