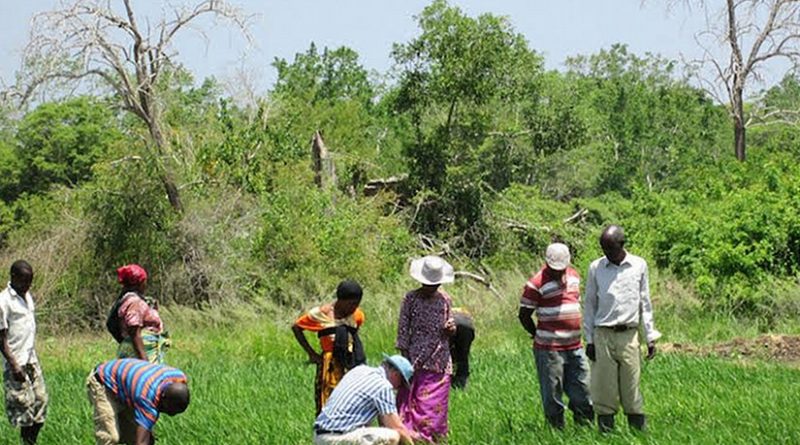 Tanzania is one of the sub-Saharan African countries which have attracted growing interest from foreign investors. Credit: Kizito Makoye Shigela

anzania has adopted a new national land policy which, among others, lowers the ceiling under which foreign investors can lease land from the current 99 to 33 years.

The new policy comes barely months after the East African nation embarked on a campaign to seize “idle” land and deter “rogue investors” from using it for speculative purposes.

The government has repeatedly accused some investors of hoarding swathes of land without developing it, while using the land as collateral for securing bank loans or selling it later at a higher price.

Tanzania is one of the sub-Saharan African countries which have attracted growing interest from foreign investors as a location of large-scale agricultural investments due to the availability of land and cheap labour.

According to William Lukuvi, Tanzania’s Minister for Lands and Human Settlements Development, the new policy aims to put in place an effective land tenure system that fosters economic development for the benefit of the majority of people.

“We are committed to ensuring that all citizens of Tanzania enjoy equitable land rights to enable them participate effectively in economic development, job creation and poverty reduction,” the minister said.

The United Nations’ Sustainable Development Goals (SDGs) 8 and 9 call for the promotion of development-oriented policies that support productive activities aimed at lifting the majority of people out of poverty.

In Tanzania, land is a public property vested in the President as trustee on behalf of the people. Non-citizens or foreign companies cannot own land except for investment purposes, according to the country’s 1999 land legislation.

Agriculture is the backbone of Tanzania’s economy and more than 80 percent of the population depends on it for their livelihood, but while the country has a total of 44 million hectares of land suitable for agricultural production, only 10.8 million hectares are currently being cultivated, according to the Ministry of Agriculture, Food Security and Cooperatives.

Foreign investors gain access to land through government leases whereby they are issued with a document known as “derivative right” through the Tanzania Investment Centre (TIC) – a government agency tasked to oversee foreign investments, with a maximum duration of 99 years under current legislation.

According to Yefred Myenzi, former executive director of HakiArdhi, a Dar es Salaam-based land rights institute, “in Tanzania we have land laws categorised as customary and statutory laws, with the latter having overriding powers in case there are problems with the former.”

Land can be given to an investor in the form of a derivative right which allows investors to lease land for investment purposes for a period of 32 years, 65 and 98 years, he explained.

Currently, investors seeking land in Tanzania must present a business plan to the TIC for approval. If approved, they must then apply for land through the agency. The investors are then introduced to the village, where they present their investment proposal to the Village Council.

If the Village Council agrees, the wider Village Assembly is requested to consider the proposal. If the request is approved, a process of land mapping is undertaken to identify, demarcate and value the village’s land.

“The problem with this process is that once the land has been transferred to the government, local people no longer have the right to it until after 99 years,” said Myenzi.

Although Tanzania’s land laws indicates that foreign companies should obtain land through the TIC, analysts say there have been cases where private companies have directly negotiated with village leaders to obtain land.

The new policy is intended to plug all such loopholes to ensure that non-citizens and foreign companies do not directly acquire village land through allocation, purchase or lease, according to officials.

Under the new policy, the government will fix land ceilings on the basis of use, location, feasibility studies and proven ability of the investor to develop and use the land in a sustainable manner.

“We will ensure that foreign investors are allocated land for a maximum term of 33 years, or a lesser term depending on their proven ability to develop it,” Lukuvi said.

“I think it is good that the government has heard our cries. Very often the compensation given when your land is taken is too small and sometimes not paid in time,” said Maulid Ali, a farmer in Kisarawe district.