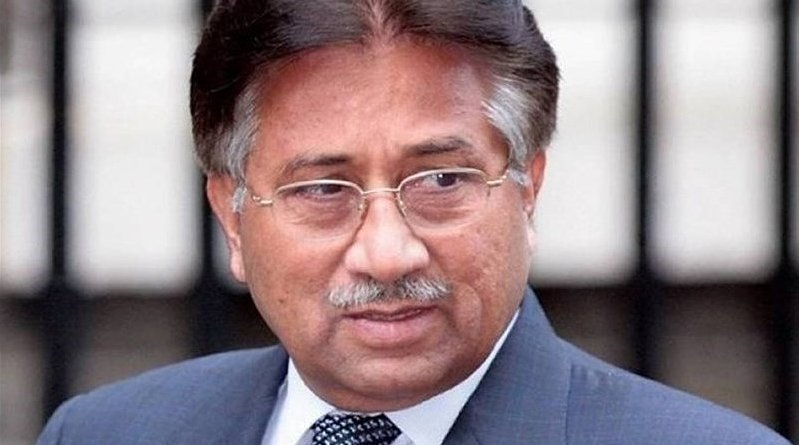 The Pakistan army, which always believed that it owned the country is visibly upset today and it has good reasons for this, because what till yesterday was considered to be something unimaginable has actually started happening.

The first blow to the army’s unqualified supremacy was dealt by a three-member bench headed by Pakistan’s Chief justice Chief Justice Asif Saeed Khosa last month when it struck down the government order granting a three-year service extension to army chief Gen Qamar Javed Bajwa. The second (and much bigger) shocker came just two days ago when a special court found former army chief Gen Pervez Musharraf guilty of ‘high treason’ and sentenced him to death.

That the Pakistan army would not allow the judiciary to threaten its absolute authority was a foregone conclusion and the Inter Services Public Relations (ISPR) press release after Gen Musharraf’s conviction says as much.

In fact, by stating that “The due legal process seems to have been including constitution of special court, denial of fundamental right of self defence, undertaking individual specific proceedings and concluding the case in haste,” it is apparent that the army has been so rattled by the court judgment that it has acted rather irresponsibly by casting very serious aspersions of judicial negligence and impropriety, which amounts to contempt of court.

Furthermore, by mentioning that “Armed Forces of Pakistan expect that justice will be dispensed in line with Constitution of Islamic Republic of Pakistan,” the ISPR has own its own determined that the sentence passed by the special court is extrajudicial, which again is outright contempt of court.

What makes this statement weirder is that the ISPR has limited the expectation “that justice will be dispensed in line with Constitution of Islamic Republic of Pakistan,” to the “armed forces of Pakistan” only; doesn’t each and every Pakistani also expect the same? So, why this unwarranted show of camaraderie, unless ISPR intentionally mentioned this to discreetly convey to the judiciary that it needs to make amends to this verdict as the army is very upset with the sentence awarded to its former chief!

The ISPR’s press release has a hilarious side too. It presupposes that Gen Musharraf “can surely never be a traitor” since he has been an “ex-army chief, Chairman Joint Chief of Staff Committee and President of Pakistan, who has served the country for over 40 years (and) fought wars for the defence of the country.” Now, if Pakistan army considers an officer’s rank and service profile as the barometer of his loyalty, then why has a military court awarded life sentence to Lt Gen (Retd) Lt Gen Javed Iqbal Awan for having been involved in espionage activities?

Lt Gen Awan’s service profile too is equally impressive. He has been an instructor both in Pakistan Military Academy as well as Command and Staff College and commanded the prestigious Rawalpindi based 111 Brigade (often referred to as the ‘coup brigade’), an infantry Division and the Bahawalpur Corps. Besides being Colonel Commandant of Frontier Force Regiment, he also held the prestigious appointments of Director General Military Operations at General Headquarters, Rawalpindi. He has the distinction of having attended the US Army War College course in Carlisle, Pennsylvania. He too has fought wars for the defence of Pakistan. So, if Musharraf’s service profile precludes his being a “traitor,” then why hasn’t this same yardstick been applied to Lt Gen Awan?

With the army in full control in Pakistan, there’s just no chance that Gen Musharraf would ever be sent to the gallows. On the contrary, Rawalpindi will go to any extent to ensure that the courts ultimately dismiss the high treason case against their former chief even it amounts to interfering with the judiciary (which is a reality that Justice Shaukat Aziz Siddiqui of Islamabad High Court had revealed when he said that “Their (ISI) personnel get benches formed at their will”).

Even Gen Musharraf has himself admitted during a TV interview that when he was placed on the exit control list, it was the army “pressure” on the government and judiciary that enabled him to leave the country-so there’s no reason to expect that Rawalpindi won’t bail him out yet once again!

Postscript- In his address during the ‘Defence and Martyrs Day’ ceremony at GHQ Rawalpindi last year, Gen Bajwa had said, “Democracy cannot blossom without observing the democratic traditions in true spirit and without the strengthening of institutions.”

Just last month, during the corps commanders conference held when Jamiat Ulema-e-Islam (JUIF) chief Maulana Fazlur Rehman was holding a sit-in outside the Federal Capital, the army chief once again reiterated that “Pakistan Army as organ of the state will continue to support national institutions as and when asked as per constitution.”

So, now that the judiciary in Pakistan has refused to toe the army’s line and is dispensing justice purely on merits of the case, what needs to be seen is whether Gen Bajwa will walk his moral talk about strengthening and supporting institutional integrity!

One thought on “Gen Musharraf’s Sentence: And Thereby Hangs A Tale – OpEd”