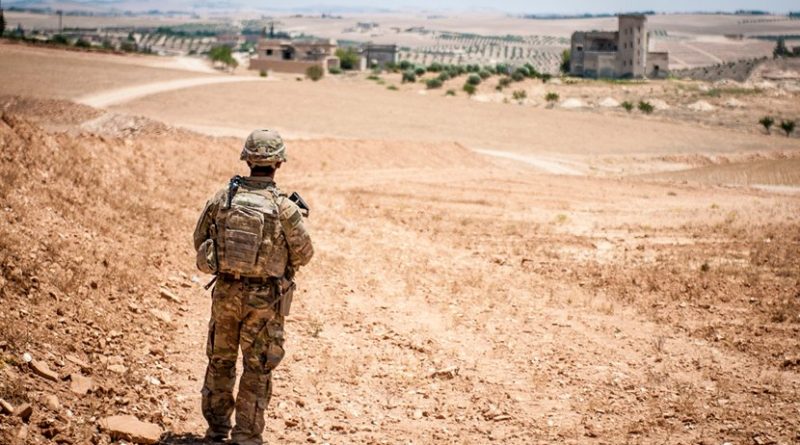 Iran’s UN ambassador says all foreign forces, including the American troops, who are illegally present on Syrian soil, must leave the war-torn state, stressing that Tehran will keep supporting Damascus in its fight against terrorism and occupation.

Majid Takht-Ravanchi made the remarks on Wednesday during the Security Council open video teleconference (VTC) on the Situation in the Middle East (Syria), Political and Humanitarian briefing.

Everyone should fully respect the sovereignty, political independence, unity and territorial integrity of Syria, the Iranian envoy said.

He added that all foreign forces whose presence is not permitted by the Syrian government must leave the country.

The Islamic Republic, he said, is committed to helping resolve the Syria conflict through a political solution and this message was conveyed to Syrian Foreign Minister Faisal Mekdad during his visit to Tehran earlier this month.

Iran began providing Syria with advisory military assistance after numerous countries — at the head of them the US and its Western and regional allies — started funding and arming terrorists with the aim of deposing Syrian President Bashar al-Assad’s government.

Despite initially losing considerable expanses of territory to Daesh and other terror outfits, the country regained its strength with the help of Iran and Russia, another Damascus ally, and managed to reverse the balance in favor of itself on the battleground.

Takht-Ravanchi emphasized that Iran would continue to support the Syrian nation and government in their battle to overcome terrorism and foreign occupation.

Referring to consultations between Iran and the UN special envoy for Syria, Geir Pedersen, about the latest political developments in the Arab country and the meeting of the Syria Constitutional Committee, he said that the body must operate without any external interference or pressure to meet an artificial deadline for its work.

He further said that areas like Idlib Province should not turn into a safe haven for terrorist groups, and while every effort must be made to protect the lives of civilians there, the counter-terrorism fight must go on.

Iran, the envoy added, strongly condemns Israel’s continued acts of aggression against Syria and urges an end to such provocative military adventurism.

He also underlined the need for facilitating Syria’s reconstruction process and the safe return of refugees and internally displaced people to their home towns.

Unilateral sanctions against Syria, particularly those imposed by the US, target the most vulnerable people and add to their sufferings, so this inhumane practice must stop, Takht-Ravanchi said.