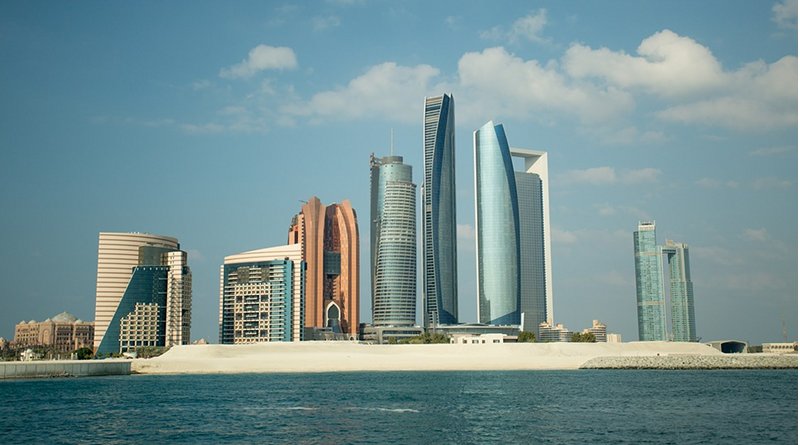 The Atlantic Council Global Energy Forum, held in Abu Dhabi on 10-12 January 2020, had the top businesses and analysts of the global energy industry. It was also part of a larger event, the annual Abu Dhabi Sustainability Week, which aims to be a global platform for sustainability in various industries.

Abu Dhabi sits at the very heart of the global oil industry, with rich oil reserves of 95 billion barrels – the seventh largest in the world – and its location in the Persian Gulf. It is sandwiched between Saudi Arabia and Iran and lies just a few miles from the Straits of Hormuz. While the Emirate’s prosperity rests on oil, it is now looking towards a future that is less dependent on oil. Abu Dhabi has just completed its first nuclear reactor (one of four units) at the Barakah Nuclear Energy Plant and expects commercial power generation to commence this year. This is the first ‘peaceful’ nuclear reactor in West Asia – others in Iran and Israel are geared to producing nuclear weapons.

Abu Dhabi is also investing in solar power – and has one of the lowest costs of that power production globally, largely due to a favourable policy environment and business climate.

Tensions between the U.S. and Iran had spiked just before the conference began, and the de-escalation between the two rivals was noted with relief. Iran is located right across the Persian Gulf, and some of the conference participants had taken flights, overflying Iran.

The killing of Qassem Soleimani, a key Iranian general who led the fight against Daesh, was the culmination of tit-for-tat moves that have been going on over the past year. This included renewed U.S. sanctions on Iran, attacks on oil tankers and Saudi Aramco by Iran and the attack on the U.S. embassy in Iraq. Experts at the conference were of the view that the killing of Soleimani had taken Iran off-guard and the Iranian regime was in shock. The killing also represented a major change in the U.S. policy that now held the regime responsible for its acts, and that the new-found deterrence will have to be thought through by Iran. There is a possibility that Iran’s behaviour will be more ‘normal’, but it is likely Iran-backed attacks on oil infrastructure in the Persian Gulf region may restart after a gap.

Energy markets reacted with relief to the toning down of U.S.-Iran tensions. Oil prices had spiked by nearly $5 per barrel in the days following the assassination of General Soleimani, but are now back to the pre-crisis levels. The response to this and previous related crises shows that the energy markets have become quite sanguine about geopolitical risk.

During 2019, the energy markets took in their stride a series of events, each of which could have been regarded a major disruption in the past: the attack on Saudi Aramco in September 2019 and attacks on oil tankers in the Persian Gulf; renewed sanctions on Iran, which have cut down its exports by 2.5 million barrels/day; and Venezuela’s further descent into chaos, bringing down its oil production to a 75-year low. This shows that the oil market is well-supplied and doesn’t expect geopolitical tensions to create imbalance.

One big overhang for the energy sector has been the ‘Greta’ effect – activists who want to shut down the fossil fuel industry. As one of the participants said, while voters in the West want climate action, they don’t want to pay for it. Electric cars such as Tesla get a lot of publicity, but there are just 6 million of them on the roads. Meanwhile, sports utility vehicles, which consume 25% more fuel than cars, now account for 45% of the global car market of 75 million vehicles per annum, up from 18% in 2010.

Trends in construction of coal-fired power plants in Asia also indicate that coal will remain a major fuel for the next 25-30 years. Therefore, if the world is to reduce its carbon emissions to meet global warming targets, it needs to look beyond electric vehicles and renewable energy, the two technologies favoured by activists. Multiple options, such as nuclear power, and emerging technologies, such as carbon capture and hydrogen-fuelled vehicles, will have to be in play, without the tarnish of ideology.