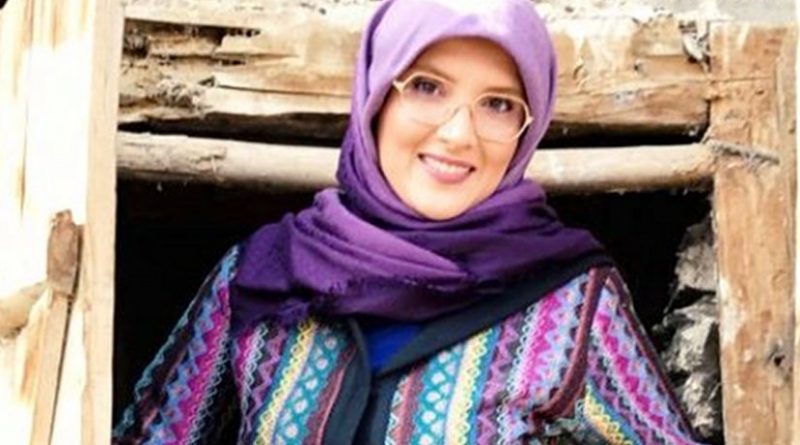 Hengameh Shahidi, a reformist member of the Etemad Melli Party and a former adviser to opposition leader Mehdi Karroubi has been on hunger strike since her arbitrary arrest on March 9, 2017.

Shahidi who is a women’s rights advocate was also arrested after the 2009 disputed presidential election in Iran and sentenced to six years in prison.

She has called her family from Evin prison and has told them that she is being interrogated. No clear charged have yet been brought against her.

Shahidi suffers from a heart condition and her family is worried that the hunger strike and prison conditions will have an adverse affects on her health. She is refusing food as well as her medications.

Shahidi’s arrest comes as both Ministry of Intelligence and the intelligence branch of the Islamic Revolutionary Guard Corps (IRGC) have been arresting reformist journalists and intellectuals prior to summer 2017 presidential elections.

It is not yet clear which branch of the intelligence agencies in Iran has arrested Shahidi. She has been taken from city of Mashhad, where she was attending her grandmother’s funeral to Tehran’ Evin prison, Ward 209. This ward is generally associated with the Ministry of Intelligence in Iran.

Shahidi was the adviser on women’s affairs to the now in house arrest opposition leader Mehdi Karioubi. She has been under the radar since her first arrest for which she was sentenced to 6 years in prison.

In June 2012, after months of battling heart disease in prison Shahidi was granted a medical furlough.

In a letter before her recent arrest on 9 March, she warns the public that she has been threatened with yet another arbitrary arrest.

Shahidi’s publishes her handwritten letter on her Instagram page before her arrest in Mashhad. She writes that she is excepting to be arrested in the near future. She writes that the hardliners in Iran are planning a mass arrest of journalists as “part of a political scheme before the presidential election.”

The presidential election in Iran is due to take place on 19 May 2017 and often in Iran intelligence agents affiliated with the hardliners and IRGC arrests progressive journalists.

Shahidi is an award winning journalist and an influential figure in the reformist camp. She has also been critical of Hassan Rouhani’s government and has publicly criticized the president for not delivering on the promises of civil freedoms and citizens’ rights.

Shahidi’s prediction of mass crackdown on journalist might be right. Since Dec 2016 many journalists have been arbitrary arrested in Iran. Ehsan Mazandarani who is the former editor in chief of Farhikhtegan daily was rearrested on 11 March 2017 despite serving his prior sentence. Morad Saghafi of Goftegoo Quarterly was taken to Evin on 17 March 2016. Tahereh Riahi of Borna News has been in prison since 27 December 2016. Zeinab Karimian, a TV producer has been in prison since 23 January 2017.