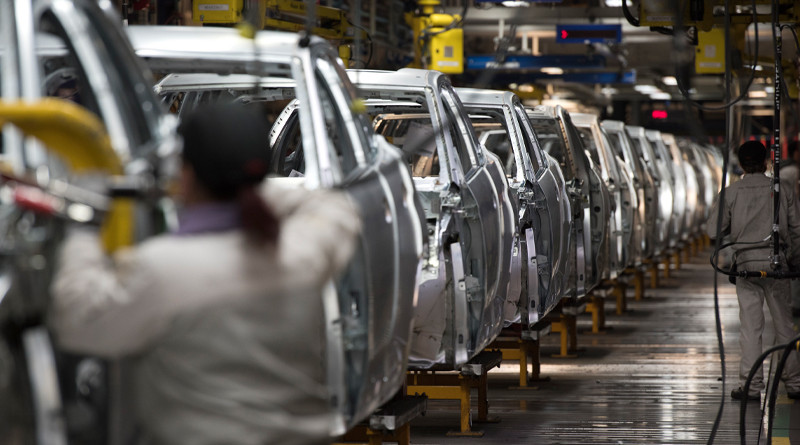 (EurActiv) — The UK will slap tariffs on EU meat and cars from January 2021 if a new trade agreement with the bloc is not finalised by the end of the year, Boris Johnson’s government said on Tuesday (19 May).

The government announced its UK Global Tariff, which will replace the EU’s Common External Tariff when the post-Brexit transition period ends on 31 December, and apply to all countries with whom the UK does not have a trade agreement. The new regime promises to scrap tariffs on £30 billion worth of imports entering UK supply chains.

However, its automotive, agriculture and ceramics industry would be protected. The government has proposed to maintain a 10% tariff on cars, as well as tariffs for the vast majority of ceramic products.

However, the tariffs on imported cars and lamb, beef and poultry would likely lead to a significant increase in prices for consumers, which the industry lobby group, the Food and Drink Federation, warned could cause “serious damage”.

The new Global Tariff means that 60% of trade will come into the UK tariff-free on World Trade Organisation terms or through existing preferential access, compared to 87% while the UK remains part of the EU single market.

The UK has also launched trade negotiations with the United States and Japan, although neither is likely to deliver an agreement before the end of 2020.

Meanwhile, talks with EU chief negotiator Michel Barnier’s Task Force on a new trade and political agreement have stalled, primarily over fisheries, governance and the so-called ‘level playing field’ on regulatory standards, leading to speculation that the announcement of the new tariff regime serves as a warning to the EU.

Cabinet Office minister Michael Gove told UK lawmakers on Tuesday, following the third rounds of talks, that “success depends on the EU recognising that the UK is a sovereign,” complaining that “the EU, essentially, wants us to obey the rules of their club, even though we’re no longer members.”

“It remains difficult to reach a mutually beneficial agreement while the EU maintains such an ideological approach,” Gove added.

The government also finally published in full the draft legal texts it has offered the European Commission, as it seeks to sway national capitals of the EU-27 to persuade Barnier’s team to lower its demands.

Only one round of talks in early June is scheduled before a high-level meeting between Johnson and European Commission President Ursula von der Leyen on 15 June, where the two leaders will decide whether a deal can be obtained this year.