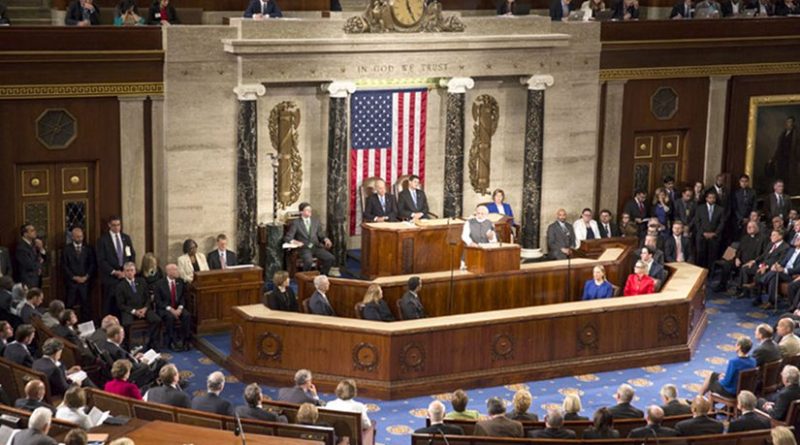 Following the ascension of Trump, a swirling ocean of newsfeed has persistently threatened to overwhelm the US rebalance to Asia.

By Sunjoy Joshi and Samir Saran

New Delhi and Washington, DC, have officially confirmed that Prime Minister Narendra Modi will be meeting President Donald Trump for the first time on 26 June, as the two countries aim towards “a new direction for deeper bilateral engagement” and “consolidation of (their) multi-dimensional strategic partnership.” A pithy, succinct line that could do with some unpacking.

Significantly, the meeting precedes the G-20 gathering in Hamburg, with the prospect of President Trump and German Chancellor Angela Merkel once again locking horns. Modi had recently visited Germany, Spain, France and Russia, creating ground for some interesting dynamics as he heads to meet Trump.

Reasons for anxiety on the strategic front are aplenty. Following the ascension of Trump, a swirling ocean of newsfeed has persistently threatened to overwhelm the US rebalance to Asia that had just about put the US-India relationship on an even keel. Now, the aggressive Trump take on outsourcing and associated visa regimes, as well as the differing public declarations regarding the Paris Agreement by Trump and Modi, are threatening to rock the boat.

These are not necessarily uncharted waters. Practically every new US presidency has begun with some uncertainty over the India-US relationship. The reasons are obvious. India’s fractious democracy has invariably confounded investors, financiers, market movers and strategists alike. However, given time, every US administration has learnt that India as a democracy demands strategic patience.

Invariably, after a year or so spent courting other global actors, the merits of investing in and developing the India partnership become obvious to every US president. Most recently, President Barack Obama’s early and brief dalliance with the G-2 made way for the Pivot to Asia and the signing of the Asia Pacific vision document with India in 2015.

Hence, any skepticism regarding the future of this relationship is easily overstated. The experience of the past few administrations in both countries also reveals that it was the lead taken by the political leadership that has been responsible for the flowering of the relationship — at times even to the chagrin of their own bureaucracies and the commentariat. Whether it was the 123 Agreement of 2008, or the January 2015 “Joint Strategic Vision for the Asia Pacific and the Indian Ocean Region,” the strategic political push from the very top was unmistakable.

Just like the 123 agreement, the Joint Vision of 2015 was also, in many ways, a first for India. It had put itself out, almost on a limb, to boldly join the US in articulating a joint vision not just for the bilateral partnership, but also for Asia and beyond. And it did so unabashedly by proclaiming this as a righteous union of the “world’s two largest democracies” — a rare instance when India used normative virtue as the foundation for a bilateral agreement.

This was also that unique occasion when India, known for its wariness and hedging its alliances, stepped out and signed on to a vision for the entire sweep of the Asia Pacific. In doing this, it recognised the Indo Pacific not just as a sub-region of the Asia Pacific but also as a geostrategic maritime domain in its own right. PM Modi’s Act East Policy found resonance in the American Pivot to Asia proposition.

However, the normative appeal of the US now looks a trifle jaded. This is especially so when viewed in the light of the ambivalence cast on the centrality of the Asia-Pacific by an ‘America First’ policy. The paradox is that this is happening at a time when the contests of the region are simultaneously moving westwards, thanks to a host of geopolitical developments. Given these trends, what the United States may today perceive to be “faraway” concerns are moving ever closer to its spheres of influence.

Any scenario in which China becomes the primary strategic influencer of outcomes in the Indian Ocean challenges the US status as the predominant Asian power.

Alongside this, we are witnessing the return of Vladimir Putin to Afghanistan, as his newfound penchant for a partnership with Pakistan begins to upend Cold War assumptions that have shaped US presence in the region. In addition, the sudden sharp schism within the Gulf Cooperation Council in an already complicated West Asia is significantly testing the US resolve in the region.

Therefore, at a time when there is evidence of a fair amount of rebalance in this part of the world, there is certainly the need for a “consolidation of (the India-US) multi-dimensional strategic partnership.” It becomes imperative then to move beyond the vagaries of the 24X7 news cycle and reiterate the strategic repositioning of the India US partnership based on three key points of cohesion.

First, taking a cue from the 2015 document, the India-US relationship is increasingly based on a cohesion of norms. Logically this translates into an imminent convergence on international law, dispute resolution, and a host of matters related to global governance including the provision of Global Public Goods (GPG). The two sides need to reaffirm the importance of safeguarding maritime security and ensuring freedom of navigation and overflight throughout the region, including the South China Sea.

Even while admitting that there may be differences between us on the issue of freedom of navigation, there can be little doubt that the region has the same importance in our geo-economic calculus. India’s three largest trading relationships lie in East Asia and 55% of its trade flows through the South China Sea.

Can this vision progress to a normative framework co-created with other countries in the region? For instance, can the US and India propose a guidance document on the Blue Economy with other like minded countries? This would stipulate normative approaches to key issues such as infrastructure investments, coastal security, dispute resolution, and community led consultative processes.

That leads to the second cohesion, a shared understanding around Asian connectivity over land, sea, and the digital domain. There is need for an alternative blueprint to the BRI that the US and India, with other partners, must propose — one that connects East, South, Central Asia and Africa.

This framework must integrate a host of bottom up initiatives to explore sustainable and innovate ways to fulfill Asia’s aspirations for infrastructure, employment, and economic opportunities, rather than tie countries down to binding commitments around finance and repayment of debt. The possibilities are endless and encompass hard infrastructure, digital connectivity, knowledge clusters and value chains that straddle the two oceans, from Palo Alto to Bengaluru, Tokyo to Tel Aviv and every place in between.

The cohesion in norms and connectivity then necessitates the third — a cohesion of power. Over time, the individual assessments, approaches and responses to the politics of the region will increasingly harmonise.

Some key building blocks are in place. As part of their 10 year Defence Framework Agreement inked in Jan 2015, the two sides agreed to pursue joint development and production projects. Importantly, the US has reaffirmed India’s status as a “major defence partner.” It is working to relax India-specific regulations on export controls, and amending Export Administration Regulations (EAR) for transfers of particular items to India. The new rule also amends the law so that companies will not need a licence after becoming a Validated End User (VEU).

The logistics pact, signed in August 2016, after almost a decade of negotiations, has added a new dimension to the partnership. The new India specific logistics support agreement — Logistics Exchange Memorandum of Agreement (LEMOA) — is on the verge of being operationalised.

However, the underlying transformation is far deeper. Common weapon systems, joint use of facilities and common defence infrastructure and logistics will, over time, work to align strategic postures as well as security assessments and responses.

Given the unfolding dynamics of the region, both the US and India are compelled to have strong relations with countries such as South Korea, Japan, Vietnam, and the ASEAN countries. They are also compelled to manage a complex relationship with China. For, China is a vital economic partner for both countries, even as it remains a strategic challenge that needs to be accommodated.

India’s position is further complicated by the reality of a 4,000 km long border, and a restive niggling Western front that the Dragon is ever ready to stoke. India may see the CPEC as an infringement on its sovereignty, but the BRI as a project is slowly but surely capturing the imagination of Asia as well as Europe. China is positioning it as the big promise of the 21st century to further trade, development and prosperity through an economically integrated Asia and Europe. It is clear that strategically, China is on a determined “march West”, wherein the contest for control of the Indian Ocean and Eurasia are part of a greater push which has but one destination — the heart of Europe.

They need to do this, not by themselves, but in conjunction with allies, through treaties and agreements, with cajoling, handholding and networked security arrangements. The network of treaties, norms and rule based agreements across the full sweep of the Indo Pacific must continue to evolve. Not to do so would be to allow Beijing to set the terms of engagement in this region by default.

This piece had begun by highlighting the virtue of strategic patience that has been the hallmark of the US in its dealings with India. Now, as the US discovers through its own experience that all true democracies can and do become fractious, when contentious domestic debates distract from strategic choices, it may be India’s turn to return the favour and demonstrate strategic patience.

There is merit in waiting: a stronger India is by itself a net positive for the United States as it finds itself stretched to capacity in Asia; and a US that emerges from its current political churn is bound to be a reliable partner as India stands up to defend a rules based order in this part of the world.

Home » US And India: Balancing The Rebalance – Analysis