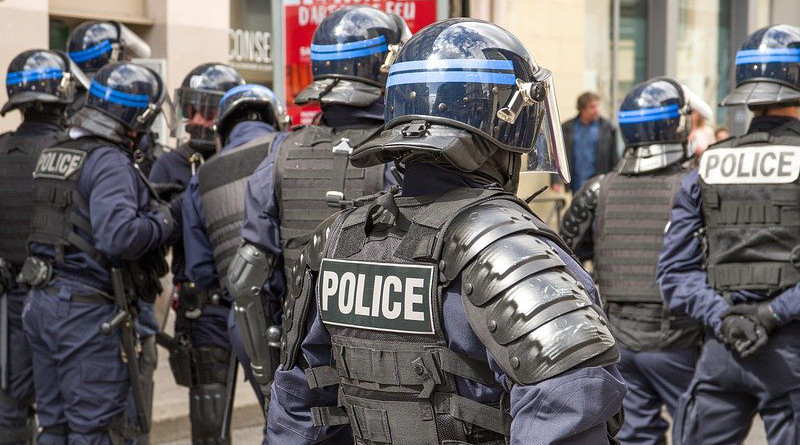 The 44-page report, “‘They Talk to Us Like We’re Dogs’: Abusive Police Stops in France,” documents repetitive, baseless police stops targeting minorities including children as young as 10, older children, and adults. These stops often involve invasive, humiliating body pat-downs and searches of personal belongings. Most stops are never recorded, the police don’t provide written documentation or usually tell people why they were stopped, and measures to improve accountability have been ineffective. Several of the children and adults interviewed said police used racial slurs.

“There is ample evidence that identity checks in France, in particular because they have a discriminatory impact, drive a deep and sharp wedge between communities and the police, while doing virtually nothing to deter or detect crime,” said Bénédicte Jeannerod, France director at Human Rights Watch. “The authorities shouldn’t keep ignoring the calls for change.”

Human Rights Watch interviewed 90 French men and boys belonging to minority groups, including 48 children, between April 2019 and May 2020 in Paris, Grenoble, Strasbourg, and Lille. Many said they were stopped because of what they look like and where they live, not their behavior. Ethnic profiling – stopping people based on appearance, including race and ethnicity, rather than the person’s behavior or a reasonable suspicion of wrongdoing – is unlawful and harmful to individuals and society at large.

Human Rights Watch found that police often target minority youth, including young children, for the stops. Children as young as 12 described being forced to put their hands against a wall or car, spread their legs, and submit to invasive pat-downs, including buttocks and genitalia. These stops can take place in front of or near schools, and on school field trips.

Koffi, 12, said he and his entire class were subjected to a police identity check in front of their middle school in Bobigny, outside Paris, as they were leaving on a field trip to the Louvre. He said three police officers searched all of their bags. “They put their hands in my pockets. They spread my legs and touched my genitals,” Koffi said, adding that his teacher objected but the police said they could do whatever they wanted.

Sekou, a 14-year-old living in the 11th arrondissement of Paris, said he’d been stopped at least 6 times. “We never see white kids getting checked,” he said. “When I’m with my white friends, the police don’t even look at them…. They say ‘freedom, equality, fraternity,’ but there’s no equality when it comes to this kind of thing.”

Children, parents, and educators described the negative impact of these experiences. Research in the United States found that boys who experienced abusive police stops also had higher rates of post-traumatic stress.

Abusive and discriminatory identity checks are a longstanding problem in France and are at the heart of concerns around institutional racism and discrimination, Human Rights Watch said. Tens of thousands of people have demonstrated in France in the wake of the killing of a Black man, George Floyd, by a white policeman in Minneapolis on May 25. Many have drawn parallels to the 2016 death in police custody in a Paris suburb of 24-year-old Adama Traoré, which began with an identity check.

In response to these protests, Interior Minister Christophe Castaner announced on June 8 a “zero tolerance” approach and measures to hold individual officers accountable for racist behavior. On identity checks, Castaner simply reminded officers of their duty to display their tag numbers and called for reinforcing the use of body cams. In a speech to the nation on June 14, President Emmanuel Macron condemned all forms of racism but did not specifically address police abuse, saying only that law enforcement deserve “the support of public authorities and the gratitude of the nation.”

While the authorities have consistently rejected calls to collect and publish statistics about police stops, data released about stops to enforce lockdown measures amid the Covid-19 pandemic showed a bias involving minorities in poor neighborhoods. In late April, government statistics showed that police had conducted more than double the national average of stops in Seine-Saint-Denis, the poorest area of metropolitan France. Numerous videos have circulated showing police stops that appear abusive, violent, and discriminatory.

Human Rights Watch documented abusive and discriminatory police stops targeting minorities in a 2012 report. In 2014 and again in 2017, the Defender of Rights, the national human rights institution, criticized these abusive practices and called for reforms. In 2016, the Court of Cassation ruled that police stops of three young men constituted ethnic profiling and a “gross misconduct that engages the responsibility of the state.” In 2014, the authorities amended the police code of ethics to explicitly prohibit basing police identity checks on “any physical feature or distinctive mark … unless there is a specific alert” and to avoid “harming the dignity” of the person.

Despite increased awareness and modest advances, the law and practice of identity checks in France remain deeply problematic, Human Rights Watch said. The law gives the police overly broad discretion to carry out stops without any suspicion of wrongdoing, leaving too much room for arbitrary and biased decisions. The police appear to use these powers as a means to exert authority, particularly in disadvantaged neighborhoods. The lack of written documentation and systematic data collection about identity checks makes it very difficult to assess their effectiveness or lawfulness.

While the June 8 announcements represent a step forward, they are insufficient to end and redress abusive and discriminatory police stops, Human Rights Watch said. The French government should adopt legal and policy reforms to prevent ethnic profiling and abusive treatment during stops. All identity checks and pat-downs should be based on a reasonable, individualized suspicion. Anyone stopped should receive a written record, including the legal basis for the stop. The authorities should develop specific guidelines for stops involving children.

“Cleavages between communities and law enforcement make neighborhoods less safe and the police less effective, and discrimination is damaging to individuals and to entire societies,” Jeannerod said. “The French government should urgently reform police powers to stop, search, and frisk.”