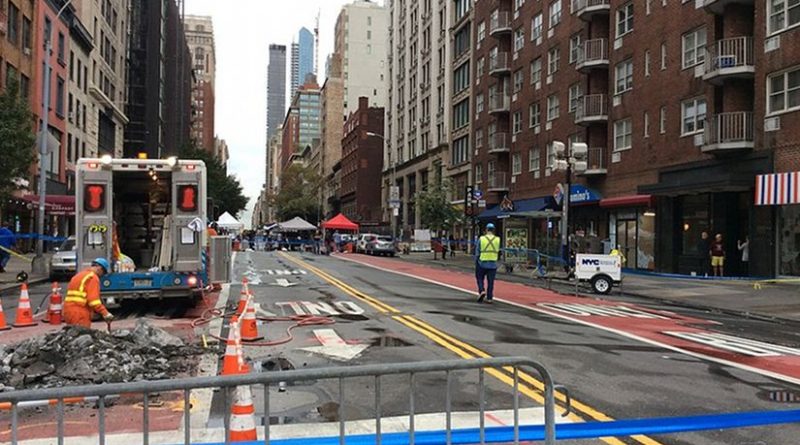 The man thought to be behind a series of bombings and attempted bombings in New York and New Jersey may not have been part of a terror cell, but based on previous investigations chances are good he had some sort of help.

“I have no indication there is a cell operating in the area or in the city,” FBI New York division assistant director William Sweeney told reporters Tuesday, trying to allay concerns just hours after the suspect, 28-year-old Ahmad Rahami, was taken into custody after a shootout with police.

Other law enforcement officials, speaking to VOA prior to the latest attacks on the New York area, have likewise downplayed the notion of full-blown terror cells — like those in Europe that carried out the terror attacks in Paris and Brussels — operating in the U.S.

However, they warn that what does exist can be just as dangerous — loosely-knit networks of would-be terrorists who support one another, sometimes over the course of many years, even as many prepare to act alone.

It is those types of links that investigators digging into Rahami’s background will be searching for as they try to identify what the FBI calls his “path to radicalization.”

“We will continue to conduct investigative activity to ensure that we completely understand Rahami’s social network,” Sweeney said.

Yet officials say it is worrisome that until now Rahami, a naturalized U.S. citizen, had not come to their attention.

“This was as out of the blue as it gets,” a federal law enforcement official told VOA on condition of anonymity.

“Everything about his past, his online presence, his overseas travel will be scrutinized,” the official added, saying the investigation is still only in its infancy.

Yet former counterterror operatives say the evidence is already pointing to some sort of help. One such piece of evidence is that Rahami allegedly used two types of bombs, pipe bombs and pressure cooker bombs — something they say is unusual for someone who appears, from his lack of success, to be an inexperienced bombmaker.

And, they note, even bombing campaigns themselves are rarely an individual act.

“Somebody that’s making bombs or even dropping off bombs, it’s very rare that you’re going to do that by yourself,” said Mubin Shaikh, a terrorism expert who has previously worked with the Canadian Security Intelligence Service.

“There’s going to be somebody who’s supporting you, somebody that you met with that you probably discussed this idea with,” he told VOA via Skype. “The way that these things can tentacle out is amazing.”

Investigators say they will also be taking a very close look at Rahami’s past, which includes allegations of domestic violence that were eventually recanted, and travel to Afghanistan to visit relatives.

For now, law enforcement officials say they will be vigilant, but there is no credible threat to lead them to an even higher state of alert.

But analysts caution that the bomb attacks in New York and New Jersey, like the recent stabbings at a Minnesota mall which have already been claimed by the Islamic State terror group, are likely not a pure coincidence.

“There’s been a huge upswell in the urgings for attacks following the death of [Abu Muhammad] al-Adnani, who was the Islamic State number-two man,” Scott Stewart, vice president of tactical analysis for the Stratfor intelligence firm, told VOA via Skype.

And New York and Minnesota “are areas where we’ve seen individuals with jihadist tendencies in the past,” he added.

According to a tally by the George Washington University Program on Extremism, from March 2014 through Monday, the U.S. has arrested 105 individuals on terror-related charges. New York had seen the most arrests with 18. Minnesota was second on the list with 14.