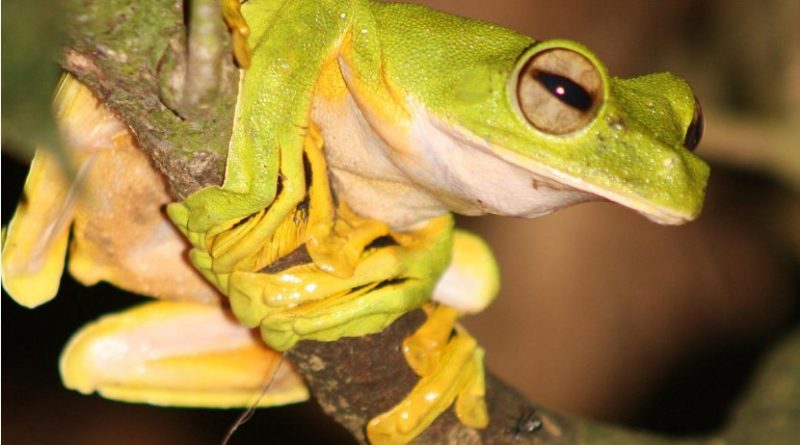 Tropical rainforests continue to buffer wildlife from extreme temperatures even after logging, a new study has revealed.

Scientists had previously assumed that cutting down trees caused major changes to local climates within tropical forests – something which would have a devastating effect on the animals living there.

However, new research conducted by the Universities of Sheffield, York and Universiti Malaysia Sabah, shows logged forests on the island of Borneo were thermally indistinguishable from the nearby pristine forest.

This is good news for the huge diversity of globally important species that live in logged forests, which may have previously been further destroyed or converted into agricultural land.

The international team of scientists examined the impact that commercial selective logging had on local temperature 9 – 12 years after the trees had been chopped down. This type of logging removes a large amount of timber and can be extremely disruptive to rainforest habitat – this is particularly evident in Southeast Asia.

Rebecca Senior, a NERC ACCE PhD student from the University of Sheffield’s Department of Animal and Plant Sciences, led the ground breaking study which is published today (Friday 20 October 2017) in the journal Global Change Biology.

“This study highlights the resilience and conservation value of logged tropical rainforests. At a first glance it may be tempting to condemn these forests as disturbed beyond repair and convert them to agriculture.

“But to do this would be sacrificing a biological haven, capable of supporting diverse species both in the present day and under the increasing threat from climate change.

“Logging activity affects 20 per cent of the world’s tropical rainforests and in many places only logged rainforest remains, so it is extremely positive news that even after trees have been logged the forest can continue to support many species of conservation.”

Rebecca added: “For long-term survival in logged forests it is vitally important that tropical species are able to respond to other threats – particularly climate change.

“Many tropical species are picky about the temperatures they prefer but have limited options for coping with temperature change. When exposed to extreme heat, a common strategy for animals like frogs and insects is to move to a cool refuge – like people in a warm room moving towards an open window.”

During the study the researchers travelled to Borneo to establish whether intensive logging activity had altered the availability of cool refuges for animals like the Bornean horned frog, Bornean keeled pit viper, and Wallace’s flying frog.

“After 9 – 12 years of recovery post-logging, the logged forest had a very different structure with fewer large trees and more young saplings.

“Surprisingly, though, we discovered the average temperature and the availability of cool refuges was comparable with a pristine forest that had never been logged.

“What this means is that regardless of whether the forest was logged or not, the animals that live there should be equally capable of hiding out when it gets too hot.

“This will be increasingly necessary as average global temperatures rise, so it’s important that we recognise the value of degraded forests and the speed with which they can recover, given the chance.”

Jane Hill, Rebecca’s supervisor at the University of York, added: ” Rebecca’s study is important for helping us conserve tropical species in human-affected landscapes. Demonstrating the high value of degraded forest is good news for those species that may be vulnerable to climate change. “