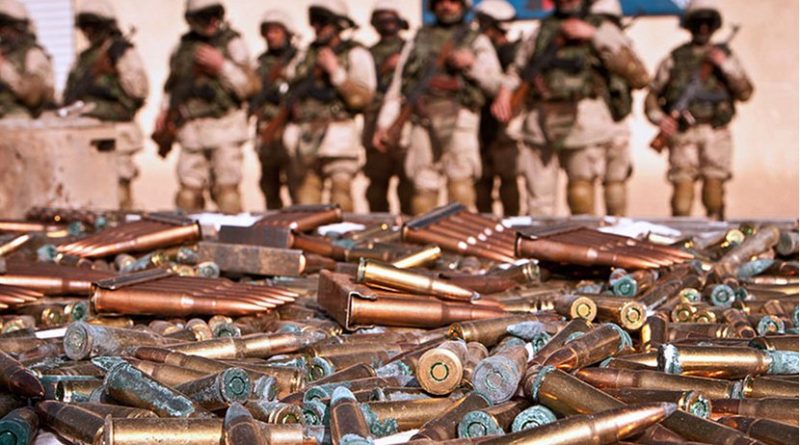 The chief weapon for the China-Pakistan-Russia Trilateral in materialising an adverse outcome for the United States in Afghanistan is the use of the Afghan Taliban which all the three nations have assiduously cultivated in recent times. The US policy establishment needs to recall that till 9/11 Kabul was ruled by the Taliban as a proxy of the Pakistan Army. Also, till then China maintained diplomatic contacts with the Taliban. Russia too has lately become a supporter of the Afghan Taliban and supplying arms to them. So in 2017 the Afghan Talban emerges as the cats-paw for the Trilateral to geopolitically discomfit the United States in Afghanistan and obstruct the return of normalcy to that hapless nation.

Afghanistan’s proud people are unlikely to submit themselves to a renewed brutal yoke of Pakistan Army-Taliban combine in Kabul even defying the geopolitical permissiveness and dictates of China and Russia to prompt a United States exit from Afghanistan.

What stands as a solid wall shielding Afghanistan from the diabolical designs of the Pakistan Army-Taliban combine is the United States with its renewed commitment and new strategy of President Trump to ensure that Afghanistan emerges as a secure, stable and effectively governed moderate Islamic Republic.

Peace in Afghanistan is a noble and desirable end-aim which all genuine friends of Afghanistan hope and aspire for. However, peace and stability in Afghanistan and a secure Afghanistan within its recognised boundaries does not fit into the strategic template of the Pakistan Army.

Pakistan Army conscious of the fact that India and Afghanistan are ‘natural allies’ by virtue of their long historical ties perceives that a secure and stable Afghanistan would tilt towards India and this distorts Pakistan Army’s realistic perspectives on the geopolitical realities of the South Asian security environment.

Contextually, in light of the above discussion, no American strategy on Afghanistan or any plans for a peaceful, secure and stable Afghanistan can countenance even remotely that the Pakistan Army and the Taliban can be given any centrality in determining Afghanistan’s resuscitation and reconstruction of Afghanistan and move it forward towards peace and stability.

The United States new strategy on Afghanistan enunciated by President Trump has rightly focussed not on nation-building but on securing Afghanistan as a stable and secure nation strong enough to take charge of its own security and thereby provide effective governance. With no time-lines to be now met to achieve this end US Military Commanders would now be better placed to achieve decisive results.

What follows from the above is that any attempts to find political solutions for Afghanistan must await securing security and stability in Afghanistan. Then only political processes can hope to take off.

The above reality throws up some pressing and strong imperatives for the United States in terms of Afghanistan’s future. And these can be briefly enumerated as follows:

China, Pakistan and Russia today are beset with many domestic vulnerabilies and so also their peripheral regions are in a state of turbulence. Is it so difficult for the United States to exploit these vulnerabilities as an overall effort towards ‘dissuasion’ of the Trilateral from their geopolitical mischief in Afghanistan affairs?

Concluding, it needs to be observed that in the implementation of the above strategic imperatives, the United States needs to display firm, determined and sustained resolve, if the end-aim of the United States is to achieve a secure, stable and peaceful Afghanistan, capable and resilient enough to safeguard its sovereignty against external or external-inspired depredations.