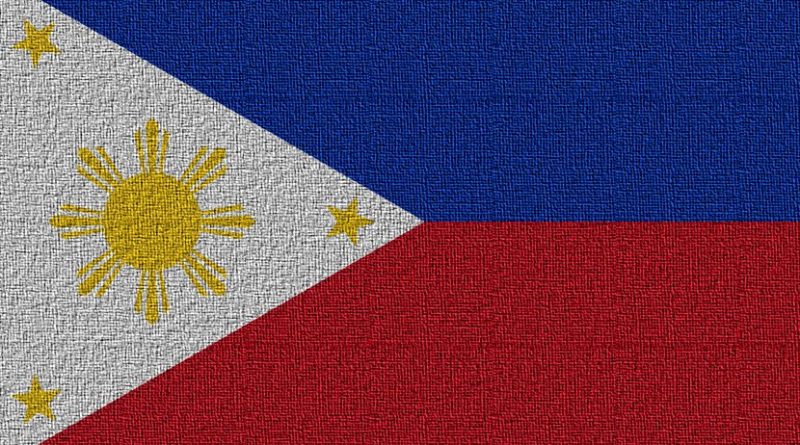 At first sight, the devastated buildings in the southern Philippine city of Marawi tell the story of how government forces, in the year 2017, clobbered pro-Islamic State (IS) militants in a battle that lasted five months. But military officials and analysts warn that, in the year ahead, they cannot rule out a resurgence in violence perpetrated by extremists.

The IS-linked militants appear to have been emboldened by the publicity around the battle in Marawi, enabling them to regroup and entice new fighters to their cause, analysts said.

The city itself now appears to be calm, as the government carefully vets the returning 200,000 people who were displaced when the gunmen took over the Islamic city in May.

Heavily armed troops guard roadblocks amid the constant hum of tractors working to clear debris from the business center of Marawi, once a sprawling military reservation and prosperous trading hub in the south.

But while the guns have fallen silent and relative peace has returned, military officials concede that the remnants of the Filipino fighters who fought alongside their foreign counterparts have remained active and still pose a threat at the start of a new year.

The Marawi fighting, the most intense military campaign that the Islamic State (IS) has supported outside Syria and Iraq, killed 1,200 people, including almost 1,000 militants and their leader Isnilon Hapilon.

Other top militant leaders and fighters from nearby Indonesia and Malaysia and as far as Chechnya were among those believed slain, the military said.

President Rodrigo Duterte had said that while the extremists suffered a huge number of fatalities and almost 150 suspected militants were arrested in Marawi, about 200 others named on the military’s wanted list had escaped and remained at large.

He emphasized this as part of his argument in extending martial law through the whole of 2018 in the southern island of Mindanao, where, he warned, IS still held sway despite Hapilon’s death. Lawmakers approved his request on Dec. 13.

Mindanao, the Philippines’ second-largest island that lies near the eastern Malaysian state of Sabah, has been roiled for decades by local insurgencies and separatist movements, but has also become a sanctuary for Southeast Asians wanted in their countries for militant activities.

IS fighters in Mindanao are allegedly now being led by Abu Turaipe, an obscure militant leader who controls a vast marshland area far from Marawi and where some Malaysian militants have recently been spotted, according to intelligence reports.

There are no official reports on the number of foreign fighters who joined the Marawi fighting, but local newspapers said government forces had killed at least 13 foreigners, including Malaysians and Indonesians, during the battle that erupted on May 23.

The presence of foreign fighters in Marawi led Malaysia, Indonesia and the Philippines to launch trilateral air and maritime patrols this year to rid their shared boarders and common sea lanes of IS and other militant threats.

Col. Romeo Brawner, commander of the military’s task force in Marawi, said intelligence reports suggested that the gunmen had regrouped in the hinterlands of nearby Butig town after recruiting dozens of new fighters.

A civilian informant, who asked not to be named for security reasons, told BenarNews that the group was apparently plotting to mount fresh attacks, targeting the Mindanao State University campus in Marawi.

“We have received the same report and we have alerted all police stations in Iligan City to step up security measures,” said police Senior Superintendent Leony Roy Ga, referring to the nearest city about 28 km (17.5 miles) north of Marawi.

Francisco Lara, head of International Alert, a think-tank that has closely tracked the spread of violence in the restive south, warned that the government’s failure to deliver on its promise to rebuild Marawi could provoke a new wave of violence in the new year.

Surviving militants could tap into this discontent among the youth to grow their ranks, amid the overall lawlessness in the Muslim south, where large areas remain mired in poverty, he said.

The “big problem” now is whether the central government in Manila could deliver on its promise of full rehabilitation and rebuilding of Marawi.

“If it is done well, it would serve as a counterpoint to extremism,” Lara said.

With Muslim families having lost their homes and livelihood, there too is the threat of “rido” or revenge killings targeting clans primarily of those who joined the Marawi siege, Lara warned.

“There will be those that will seek revenge. They had, after all, lost their property and their loved ones,” he said.

He warned that attacks could happen, but not on a scale previously seen in Marawi.

“It may be difficult to mount the same operations, but given some time, then they may attempt another broader-type operations,” Lara said.

As of early December, about 92,400 people out of Marawi’s more than 200,000 population had returned. Schools have also reopened, but under tight guard, and power has been restored in some parts as the city.

He said that while the military had pulled out most of the six battalions sent to Marawi, troops were still on heightened alert because of reports of militants engaged in recruitment efforts.

“There are activities that we do to make sure they can’t get new members and attack like what they did in Marawi,” Arevalo said.

Troops have helped build about 500 temporary shelters in Marawi, where civilians could stay while their documents are being sorted out, he said.

The government has also opened an operations center in Marawi to help returning residents get their lives back, said Social Welfare Undersecretary Emmanuel Leyco.

But for Alih Ibrahim Reyes, a 53-year-old father of six, recovery would be next to impossible.

Reyes, who was among those allowed to return to Marawi to discover their house pockmarked with bullets and all its appliances looted, said six of his nephews had left the evacuation camp in the first three months of the fighting.

They could have joined the militants, he said.

“I begged them to stay. But they decided to all leave anyway. They said, ‘Why stay when we don’t have anything to eat?’” Reyes said, adding his nephews were likely enticed by their friends to join what they claimed as a “Muslim versus Christian struggle.”

“I told them, what struggle? They destroyed our community and now we have nothing,” Reyes said. “But up in the mountains, their stomachs are full.”

Jeoffrey Maitem in Cotabato City, Philippines contributed to this report.