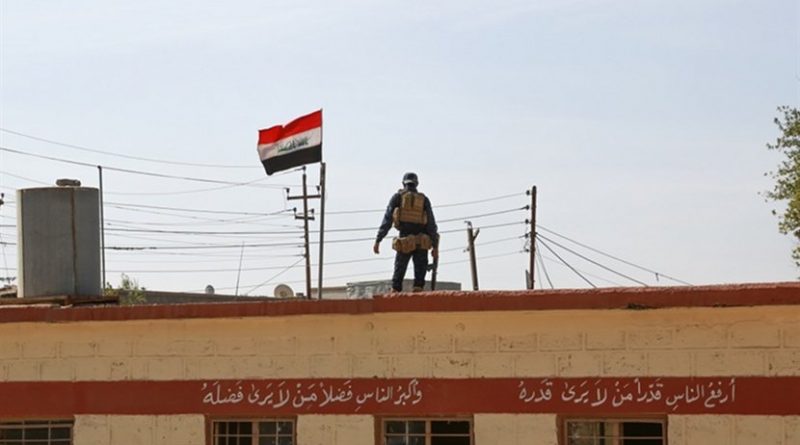 The Syrian Democratic Forces continue their momentum to drive the Islamic State of Iraq and Syria out of Syria in their advance against the enemy in the Khabur River area of the Middle Euphrates River Valley, Army Col. Ryan S. Dillon, spokesman for the Combined Joint Task Force Operation Inherent Resolve, told Pentagon reporters Tuesday.

Speaking to reporters via teleconference from Kuwait, Dillon noted that the SDF have “deliberately and meticulously” cleared about 1,700 square miles of former ISIS territory since the beginning of operations in September.

“Despite recent claims from Russia that Syria is free from ISIS terror, the SDF are still meeting resistance from ISIS fighters in the region,” he said. “ISIS is putting up a stiff defense in remaining territories in the [Middle Euphrates River Valley], likely as a delaying action to allow other elements to displace to Southwest and Northwest Syria to seek sanctuary or continue to fight.”

He noted Syrian regime commanders in Eastern Syria suggest ISIS fighters from the valley might have slipped through porous Syrian and Russian defenses to arrive in areas near Damascus.

“We’ve also seen a recent ISIS attempt to transit westward through the [Tanf] area, albeit unsuccessfully, because of our partners’ actions to interdict,” Dillon said, adding the SDF remains “steadfast,” making progress in the Middle Euphrates River Valley.

A milestone was met Dec. 11, when the SDF reached the border of Iraq and linked up with Iraqi forces who were completing their clearance of ISIS’ final pockets in Iraq, the colonel said. “Our two defeat-ISIS partners are working together to reestablish a secure international border,” he added.

Just as the coalition has been committed to the military defeat of ISIS, “we are equally committed to securing the gains on the battlefield and preventing the return of this terrorist group,” Dillon said. The broader efforts of the global coalition are also focused on the stabilization of areas cleared of ISIS, he added.

“The civilian-led efforts addressing vital needs, such as restoring essential services and fostering education and employment, stabilization and humanitarian efforts, go hand-in-hand with our military campaign and all these efforts lead to lasting security and help people return to their homes and get on with their lives,” the colonel said.

And the coalition continues to put pressure on ISIS senior leaders and associates across multiple networks to degrade, disrupt and dismantle remaining ISIS structures and remove the terrorists throughout Iraq and Syria, he said.

“We honor the sacrifices of all elements of the Iraqi security forces that fought ISIS for the last three years,” he said. “The military parade in Baghdad was well-received and other celebrations were well-attended and highlighted the professionalism of the Iraqi security forces. Prime Minister Abadi said in his liberation announcement that ‘Iraq must wipe out any ISIS remaining relics and never allow terrorism to return.’”

A high-level committee of the Iraqi Defense Ministry and CJTF leaders met Dec. 5 to discuss the way forward for the coalition’s continued support of Iraq, Dillon said.

“The meeting prepared for the future transition of the defeat of ISIS campaign,” he said, adding, “The campaign will tailor our support based on Iraqi requirements with a particular emphasis on the capabilities needed to hold and secure liberated areas.”

As an example, the coalition began training with 60 members of the Iraqi border guard force, the colonel said. The border guard project, he added, will instruct the forces in deployments on the border to control movements and deny passage of terrorist infiltrations.

Dillon said the focus in Iraq is increasingly on long-term stabilization so life can return to normal and the Iraqi people can look forward to a brighter future.

“We have made it clear that the defeat of ISIS will not occur on the battlefield alone and that is why we are working with many governments and non-governmental partners around the world to counter the terrorist group’s efforts to radicalize, recruit and inspire people to violence,” he said.

“Although ISIS’ physical caliphate has crumbled, we fully expect the enemy to make a concerted effort to maintain their presence and influence in the virtual domain,” the colonel said. “While ISIS has been defeated as a conventional force, we cannot forget their terrorist roots.”

Dillon said ISIS has not regained any of the liberated territory across Iraq and Syria, and more than 7.7 million people are now free from the enemy.

But the campaign to defeat ISIS is not over, he said.

“We know this enemy is adaptive and savvy as it is cruel and evil,” the colonel said. “We will continue to support our partners and keep pressure on ISIS to deliver a lasting defeat so that these terrorists in Iraq and Syria cannot return.”