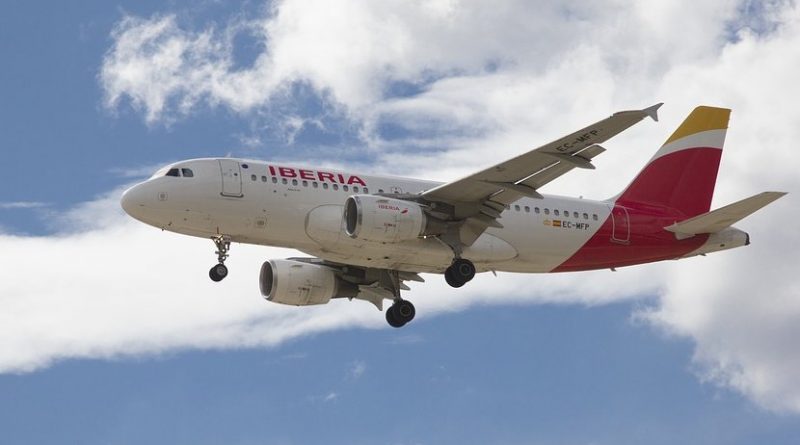 European flag carriers Iberia and Aer Lingus will no longer be permitted to fly within Spain and Ireland, their member states’ territories, or to any other EU airport if the UK leaves the EU without an agreement, in less than 100 days.

After Brexit, International Airlines Group, their parent company, may fail to reach a majority EU-ownership, a requirement needed in order to maintain operating licenses.

The European Commission proposed on Wednesday (19 December) to grant special rights to air transport after UK’s departure on 29 March, as part of the contingency plans in case of a no-deal divorce.

But special permissions would be limited to ensuring basic connectivity between the EU and the UK. This would imply flights “point to point” between the UK territory and an EU airport.

These exceptional rights would be granted only for one year. However, the Commission could decide unilaterally to prolong them.

As a result, Iberia and Aer Lingus, the flag carriers of Spain and Ireland, will not be allowed to fly within their territory after Brexit, or to any other airport in the EU.

These two member states’ longstanding companies would not be the only ones impacted. Vueling, also part of IAG, would be also affected.

Other firms, including Easyjet, could also see its flights limited to direct connections between the UK and the EU.

In documents published on Wednesday, the Commission stressed that “in order to maintain the validity of an operating license, and the freedom to provide intra-EU air services, all the conditions for the operating license need to be respected, including being majority EU-owned and controlled.”

“If the conditions are no longer fulfilled as a consequence of the United Kingdom’ withdrawal from the EU, the operating license will no longer be valid,” the EU executive added.

The Commission argued that the special permissions could not cover more connections because “contingency measures cannot replicate the benefits of membership of the Union” or the terms of the transition period included in the withdrawal treaty.

EU officials did not want to speculate on the situation of specific companies. They instead insisted that everything would depend on the airline’s ability to demonstrate compliance with ownership rules under EU law.

The only exception would be if an international agreement was reached between the UK and the EU, which is still not the case.

The Commission explained that air carrier stakeholders had been warned since the beginning of the Brexit talks more than a year and a half ago, and they could take “all measure required” to reach the 51% threshold of EU ownership “for the sake of business continuity”.

That would imply that IAG would have to make room for EU-based stakeholders. However, the company will face an uphill battle to convince its owners.

Qatar Airways, IAG’s largest stakeholder, had signalled that would like to expand its ownership in the group.

Still, the company hopes that it would maintain its operating license after Brexit date.

“We are confident that we will comply with the EU and the UK ownership and control rules post-Brexit,” a spokesperson told EURACTIV.com.

The situation could worsen for these air carriers if the UK does not reciprocate. EU officials said that special permission for “point to point” flights between the UK and the EU would only happen if Downing Street spells out the landing rights for EU air carriers.

In order to ensure reciprocity, the Commission is ready to adjust the availability for UK air carriers in EU territory.

The Commission’s contingency plans aims to avoid “very disruptive consequences” following the UK’s departure from the bloc without agreement.

To that end, the executive also issued guidelines to the member states to ensure that the 1.5 million British citizens living in the EU can remain through speedy processes, avoiding too much bureaucracy.

But these permissions would be conditional on the UK taking similar measures for the 3.5 million EU citizens living in its territory.