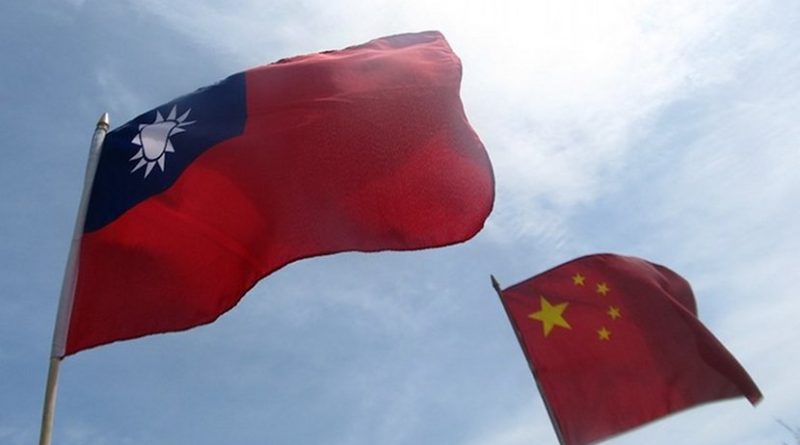 Once again in the year 2016 Taiwan emerged as an issue when Tsai Ing-wen became the President and refused to accept Beijing’s One China Policy. In a further development in the very next year in January 2017 Donald Trump took the office of US Presidency and both his administration and Congress have shifted their policy to not enraging Beijing when it comes to Taipei. In fact, a new policy of challenging the mainland government and focusing more on Taiwan’s defences. The new direction of Taiwan along with the support of present US dispensation in defence and other sectors have compelled Beijing to ponder over the issue as in larger context it hurt Chinese interests.

Encouragements by the US

The new move from Taipei and Washington has a timely  significance and impact on their hypersensitive relations between the US, mainland China and Taiwan. US Assistant Secretary of Defence for Asian and Pacific Security Affairs Randall Schriver has also confirmed that his country was moving towards a “more normal foreign military sales relationship” with Taiwan.

The new US government under its changed direction has approved recently a US$330 million deal with Taiwan to provide spare parts and other logistics for several types of the island’s military aircraft – a deal that came less than a year after the Pentagon agreed to sell US$1.4 billion of missiles, torpedoes and an early warning system to Taiwan. In addition, now Taipei is to get upgraded F-16V fighter jets for its army.

The US-Taiwan Business Council, which is based in the Washington area has organised the annual US-Taiwan Defence Industry Conference since 2002, said that approval of the deal was encouraging because it “appears to move away from the previous bundling method of Taiwan arms sales”. It also called on Washington to swiftly handle any new arms sale requests from Taiwan through inter-agency assessment that does not take into account Beijing’s potential reaction to a proposed deal. But Beijing – which considers Taiwan a wayward province to be reunified, by force if necessary – has been the main reason the US has taken a cautious approach to any arms deals or high-level exchanges with Taipei since Washington switched diplomatic recognition to Beijing from Taipei in 1979 and committed to observing the one-China policy.

In the context, Beijing has repeatedly warned Washington against seeking closer military ties with Taipei, and has protested against every arms deal they have made – including the most recent one – and any US-Taiwan exchange that was seen to have violated the one-China principle. Taiwanese officials and analysts say the latest deal indicates that Trump is more willing to give the island a faster response to its arms sale requests to help Taipei build up its defences in the face of growing military threats from mainland China.

In response to US-Taiwan moves Beijing has suspended exchanges with Taipei and staged a series of war games around Taiwan to intimidate the island since Tsai, of the independence-leaning Democratic Progressive Party, became president in 2016 and refused to accept its one-China policy. Beijing has also tried to isolate Taiwan internationally. This has resulted in the Tsai administration seeking greater support from Washington. And with Trump seeing China as a strategic competitor instead of a partner, developing closer ties and helping to boost Taiwan’s defences have become part of his national security strategy in dealing with Beijing. Especially when Trump signed into law the Taiwan Travel Act in March to allow top-level officials to visit the island, US-Taiwan military ties have become even closer.

Hardly a month after the deal hundreds of US arms dealers and former US military officials travelled to Taiwan for the first-ever defence industry forum jointly held by the US-Taiwan Business Council and Taiwan Defence Industry Development Association in the southern city of Kaohsiung. Analysts said Taiwan did not usually release information on such operations to avoid angering Beijing, but that has changed under Trump’s strategy of confrontation with China as tensions mount over trade, security and strategic issues. At large, it appeared that  Washington and Taipei had decided to publicise the ships’ passage to send a clear message to Beijing that the Taiwan Strait was international waters, and that the US and Taiwan would cooperate and not hide their activities there.

Current status and paths ahead

Currently, Trump’s administration is filled with China hawks and the president has imposed, cut and re-imposed tariffs on China at his whim, depending on whether he feels like “punishing” China with a trade war at any given moment. His “America first” policy hardly seems to give much weight to the well-being of any nation’s priorities but his own. US actions in Taiwan are undertaken at least in part in defiance of China’s influence in the Asia-Pacific. With important trade routes and trade partners located in and near the South China Sea, Washington has a vested interest in maintaining its presence directly in opposition to Beijing’s.

On the other hand, despite all the lip service in Congress about democracy, the US does not care about Taiwan for Taiwan’s sake. It cares about power and trade in the South China Sea, especially directly in defiance of China, and Taiwan is just a vehicle to obtain it. The US has openly asserted that free passage in the South China Sea is in its own “national interest” – rather than about the interests of the other nations actually bordering the area. Washington is happy to criticise Beijing’s behaviour in its own backyard and to accuse it of riding roughshod over other countries’ interests.

However, without a way to resolve the Taiwan problem, America will continue its push until the island is an American puppet used only to defy Beijing. At the juncture aggressive action from Beijing will accomplish little; heavy-handed policy, control and suppression will only make Taiwan more resentful of mainland China. Xi needs to wake up and act to resolve the tension across the Taiwan Strait, or he risks losing Taiwan to the American sphere of influence for good.

As it’s a deep policy matter it is necessary for the Tsai government to review the significance behind such a change, including whether Taiwan is just Trump’s pawn in dealing with the mainland, and how such a change would impact cross-strait relations as well as the highly complex US-Taiwan-China ties

Home » China Is Likely To Face A Daring Taiwan – Analysis