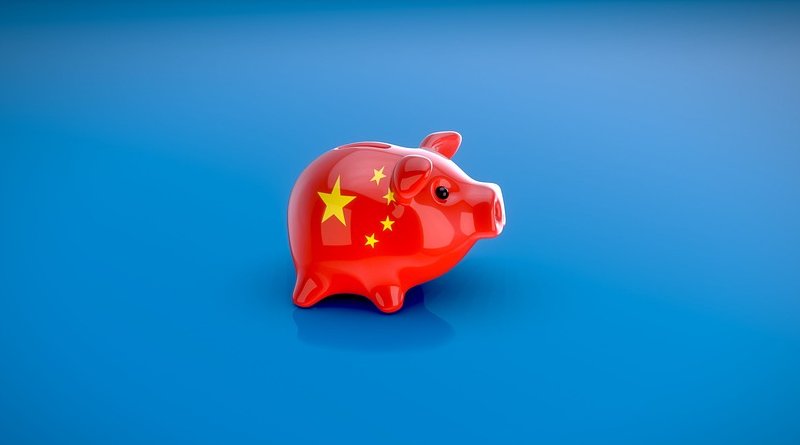 However, data indicates that the impact of the epidemic is more severe than expected and it will also hinder short-term monetary policy. Yet in the long run, as the ANBOUND’s researchers previously expected, with the gradual recovery of production, the long-term trend of CPI will decline gradually. Nonetheless the long-term trend of PPI, which is the focus of monetary policy, is still not optimistic. The CPI data in January exceeded 5% and reached the highest point since 2012. This has broken the threshold of the commonly expected 4% -4.5% and has brought in a lot of doubts.

According to the statistics bureau’s calculations, in the 5.4% year-on-year increase in January, the impact of price changes last year was about 4.0 percentage points and the impact of new price increases was about 1.4 percentage points. This means that the demand for food during the Spring Festival holiday has continued to increase food prices, which is the main reason for the rise in CPI. The supply disruption and panic purchases caused by the coronavirus epidemic have further pushed up the prices of consumer goods.

The upward data indicate that the market generally believes it is affected by the dual effects of the Spring Festival and epidemic factors, but most of them expected the economic rate to be below 5%. This also shows that the disturbance caused by the outbreak is actually more serious than estimated. However, as the inflection point of the epidemic emerges with the slow recovery of production and logistics after the holiday, the impact of the epidemic on short-term demand will gradually recede. It should also be pointed out that the epidemic actually has an inhibitory effect on the consumption of service industries such as food and beverage, tourism, and accommodation, which will affect the price of service industry consumption. This effect will lag behind the development of the actual epidemic. As analyzed by ANBOUND, this will ease the pressure on consumer prices. CICC (China International Capital Corporation) macro team said that, so far, the month-on-month increase in food prices before the holiday season is basically consistent with seasonality, which means that the “Spring Festival dislocation” on the CPI boost may be close to the historical level of previous years.

It is expected that the CPI in February will fall by about 1 percentage point from January. In the long run, especially in the second half of the year, due to the price base, there is very limited room for CPI to continue to rise and there is even the danger of deflation. On the one hand, with the gradual stabilization of pork supply and the restoration of agricultural production, as well as the stabilization of household consumption, it is expected that the rise in food prices will gradually slow down. On the other hand, due to the suppression of other consumer demand, non-food prices, especially those in the service sector, are under great pressure. These will reverse the short-term disturbance of the epidemic.

Huatai Securities predicts that the epidemic situation will have a certain negative impact on the price of service CPI in the short term, but the continuous impact on food CPI is limited. The high point of this year’s CPI may be at the beginning of the year and the impact of the epidemic on the annual CPI may be about -0.3 percentage points. Shenwan Hongyuan Securities macro prediction stated that since February, the dislocation effect of the Spring Festival has reversed and the growth rate of food and services has fallen after the festival. It is expected that the CPI will fall to about 4.0% and stabilized at the second quarter and then it will start to accelerate. New Times Securities even believes that the impact of the economic downturn will significantly weaken the consumption capacity of residents and social consumer demand cannot rebound rapidly. Non-food and core CPI will sink into the quagmire for a long time.

From the perspective of PPI, in January PPI rose 0.1% year-on-year but unchanged month-on-month. Oil and gas extraction, the increase in oil price is the largest. This is related to the rate reduction by the central bank in January and the expansion of bond issuance mainly on government bonds. It also benefited from the advancement of infrastructure investment, reflecting the recovery of overall industrial production but the new crown epidemic will hinder this. In particular, the suspension of work and production caused by the epidemic control. This had caused the suspension of infrastructure and manufacturing, which led to a high probability of falling production prices. This has been realized in the short-term changes in crude oil prices and commodity prices.

In the long run, once the epidemic is under control, the pace of some infrastructure and manufacturing may accelerate in the second quarter under the counter-cyclical stimulus, which will help the recovery of PPI. However, due to the impact of the epidemic, more and more small and medium-sized enterprises will slow down their investment willingness due to the loss of cash flow, which will inhibit the trend of PPI. If consumer demand cannot be recovered in a timely manner, the trend of the PPI is unlikely to pick up and it may even move further towards deflation. From the perspective of the direction of monetary policy, the liquidity after the Spring Festival has shown a situation of loose margins.

As of February 9, after the Spring Festival, the central bank launched a RMB 2.6 trillion-day reverse repurchase operation, hedging RMB 2.18 trillion of reverse repurchase expired and the central bank has invested RMB 520 billion after the holiday. At the same time, the open market operation interest rate has been reduced further. However, in the short term, due to the disturbance by high CPI in January, it is difficult for the moderately loose tone to change greatly. At the same time, the economic and financial activity in February was suppressed by the epidemic and the slower rate of debt expansion was reflected in the capital and also shown up in the current market interest rate decline.

In the case of fluctuating demand and slowing investment caused by the epidemic, monetary policy in the short term is still dominated by marginal loose capital. It was designed to maintain and alleviate the pressure of capital turnover of production enterprises and to avoid the continued rise in inflation caused by capital injection. Only after the epidemic is controlled and uncertainties eliminated will further stimulus policies have an effect on economic recovery.

In general, although the dynamic balance between demand and supply has been broken in the short term by changes in the epidemic, the long-term impact is not significant. The situation of overproduction of non-food products still persists for a long time, which makes the differentiation of CPI structure persist for a long time. The slowdown in demand caused by the epidemic is the main risk of economic growth this year. As ANBOUND has pointed out, it is necessary to prevent the “sinking” risk the epidemic can bring to the economy. This requires more support from monetary policy for counter-cyclical adjustment.