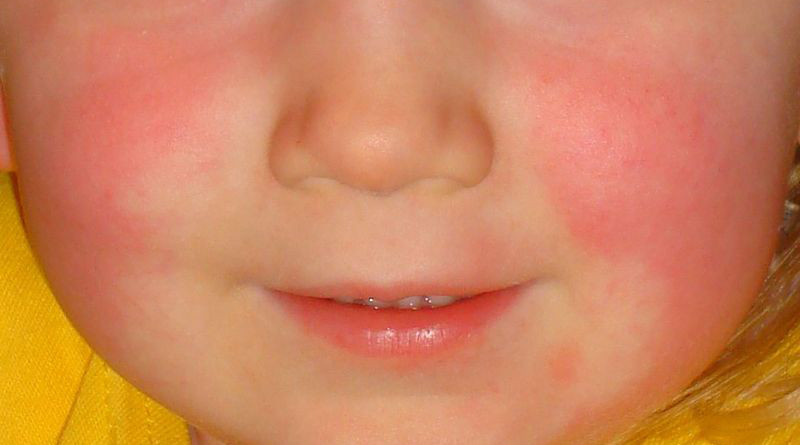 New research due to be presented at the European Congress of Clinical Microbiology and Infectious Diseases (ECCMID)* shows that the airborne transmission, both through symptomatic patients and those who are shedding the virus with no symptoms, may be key factors in the spread of scarlet fever. The study, funded by Action Medical Research, was led by Prof Shiranee Sriskandan at Imperial College London and Dr Rebecca Cordery at Public Health England, London, UK.

Scarlet fever is a disease caused by Group A Streptococcus infection that usually affects young children. The first signs of the illness can be flu-like symptoms, including a high temperature of 38 degrees or above, a sore throat and pinkish/red rash. England is experiencing an upsurge in scarlet fever (SF) and associated outbreaks in recent years. Transmission mechanisms are poorly understood but thought to be through respiratory droplet spread.

The dates of the scarlet fever season in England follow those of the school year (from September of one year to August of the next). Scarlet fever notifications in England increased in line with the usual seasonal pattern up to week 10 of 2020, with a marked decrease in numbers since then (see full abstract link below). A total of 11,739 notifications of scarlet fever have been received to date this season in England (weeks 37 to 12, 2019/20) compared to an average of 10,355 (range: 7,897 to 17,454) for this same period in the previous five years.

In recent weeks, notifications have declined from the seasonal average, with the authors of Public Health England’s regular update on scarlet fever saying this could be due to social distancing measures decreasing transmission or lower attendance at GPs in light of COVID-19 messaging to the public to stay at home except for certain key reasons. They note “This is of concern given the importance of prompt treatment with antibiotics to limit further spread as well reducing risk of potential complications.”

In this study, the authors undertook a prospective, observational study in schools and nurseries in London with scarlet fever outbreaks to assess impact of antibiotic treatment on detection of Group A Streptococcus (GAS) in cases; prevalence of GAS carriage in classroom and household contacts using throat swabs; and presence of GAS in the classroom environment. Transmissibility was assessed using cough plates, hand swabs, environmental swabs and air settle plates with genome sequencing to confirm chains of transmission. Cases were tested on days 1-3 of antibiotics, then weekly for 3-4 weeks. Contacts were tested weekly over 3-4 weeks.

Six classes, comprising 11 scarlet fever cases, 17 household contacts, and 142 classroom contacts were recruited. Of 10 cases on treatment, all had negative samples after starting antibiotics, however 4 of 10 became GAS-positive by week 2 or 3. One untreated case remained positive. GAS was identified in 3 out of 17 household contacts.

GAS prevalence in classroom contacts was high and increased between weeks 1 and 2 in all outbreaks (week 1, 0-19%; week 2, 9-56%; week 3, 18-50%), 27 contacts (19%) were GAS-positive on two, and 4 on three samples. Surface swabs (n=60) taken from various places in 3 classrooms did not yield GAS except in one instance. Genome sequencing showed clonality of isolates (meaning near-identical) within three classes tested, confirming recent transmission accounted for high carriage. A newly emergent lineage (called M1UK**) accounted for 2/3 outbreaks.

The authors say: “GAS transmission within classrooms was extensive despite short-term effectiveness of antibiotic treatment. Transmission may occur prior to receipt of antibiotics, underlining the importance of rapid diagnosis and treatment. Despite exclusion of cases and guideline adherence, heavy shedding of GAS by classroom contacts, who may represent subclinical infection or carriage, are likely to perpetuate outbreaks. Airborne transmission appears to be a key factor in scarlet fever, in contrast to environmental contamination.”