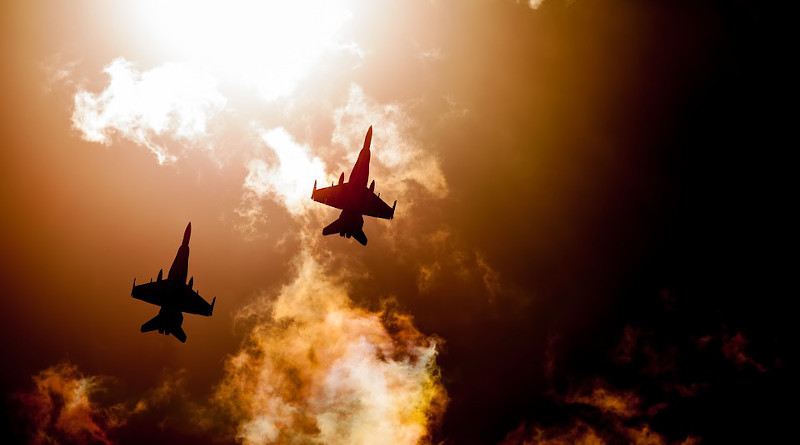 Indra said it will lead the European CROWN R&D project that will equip European fighters and aircraft with capabilities which combine radar, communications and electronic defence to dominate radioelectric space and operate at an advantage over the enemy.

The project has been selected to form part of the Preparatory Action for Defence Research of the European Commission managed by the European Defence Agency and the grant agreement is now being prepared.

This group of companies and research centers from seven countries will design the first element capable of integrating radar, electronic defence and communications equipment into a single compact and lightweight item of equipment that can be installed in the aircraft nose cone, camouflaged in the fuselage, or in an under-wing pod, on multiple platforms (even in UAVs). It will be a system based on active electronically scanned array (AESA) and sophisticated algorithms that will enable multi-purpose use for different capacities and in an optimized way.

No other country as yet possesses this capability so it will bring a major advantage to whoever acquires it first. This integration will enable the aircraft’s radar to intelligently select the least congested area of the spectrum to operate effectively and extend its range, even in environments where the adversary tries to interfere with its operation.

At the same time, coordination of the radar with the systems that monitor the radio spectrum and those that generate countermeasures (ES/EA) will significantly improve the performance of these systems and of aircraft weapons systems in general. As for communications, they will gain range and bandwidth to exchange a greater volume of data with other platforms at higher speeds.

The ultimate goal is to equip the aircraft of the future with a compact solution, smaller in size, with a lower weight and cost, and more power to provide a decisive advantage. On this will depend the ability to detect the enemy, select and fix targets and exchange data with other platforms on land, sea or air to prevail in combat or protect themselves from attack.

Electronic defence has been placed at the center of military strategy in recent years as some countries resort to controlling radioelectric space as a way to counter the superiority of European and allied aircraft.

The CROWN project could subsequently address the adaptation of this system for use by ground units and all types of land vehicles and ships.

Leadership of the European defence sector

The Spanish Government has appointed Indra as the national industrial coordinator in the European Defence Program FCAS (Future Combat Air System), the largest joint European Defence program to date and the most ambitious in terms of technological development. Indra will carry out this work together with the industrial leaders appointed in turn by France and Germany, Dassault and Airbus, respectively.

The company also participates in the proposals for 9 EDIDP consortiums (European Defence Industrial Development Program) that are being evaluated and acts as coordinator in 3 out of 5 consortiums led by Spain, among others, the PESCO program for Strategic Command and Control, probably the most important of them all, in which Spain, Italy, Germany, France, Luxembourg and Portugal participate.

Besides this, Indra has been participating for decades in international programs such as the Eurofighter, A400M, NH90, Meteor and ESSOR, as well as non-European projects and in the NATO environment such as ESSM, FLEPS, ACCS and many others.