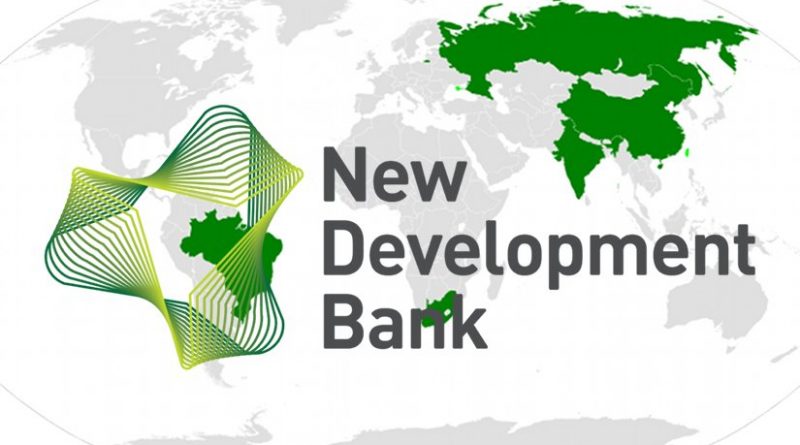 Following two years of intense negotiations, the BRICS leaders agreed on 15 July 2014 in Fortaleza (Brazil) to launch the New Development Bank (NDB). This is a significant (and therefore not to be underestimated) step in their efforts to build a less crisis-prone international financial system. If the bank succeeds in its goal to provide development funding for its member states and for the rest of developing nations, it has the potential to become a game-changer in the evolution of the international economic order. The creation of the NDB is already a historic landmark. It is the most significant institutional innovation in international development funding since the creation of the Inter-American Development Bank (IDB) in 1959, the Asian Development Bank (ADB) in 1966 and the European Bank for Reconstruction and Development (EBRD) in 1991.

The birth of the NDB is unique for a number of reasons. Unlike the development banks mentioned above, which have a predominantly regional focus, the NDB’s founder countries are from four different continents and its potential reach is thus truly global. Furthermore, this will be the first time since the Bretton Woods conference in 1944 (which created the IMF and the World Bank) that the US has no influence in the governance structures of an international development bank (it is important to remember that the US is a founder-member of the IDB, the ADB and the EBRD). Finally, its creation is historically significant because this is the first time in modern history that China is actively involved in the creation of a multilateral institution. In fact, after knowing the first details of the bank’s governance structures, it might safely be argued that China is the leading country behind the NDB project.

Despite strong opposition from India and Brazil, two other emerging heavyweights, China has been able to convince its partners to locate the NDB’s headquarters in Shanghai. It has also pushed through the creation of the first NDB regional centre in Johannesburg, which means that most of the funding that will not go to the BRICS will probably go to infrastructure projects in Africa, one of Beijing’s priorities. China therefore has the potential to function similarly to the US in the Washington-based Bretton Woods institutions. With a GDP of US$9.2 trillion, one and a half times the combined GDPs of Brazil (US$2.2 trillion), Russia (US$2.1 trillion), India (US$1.8 trillion) and South Africa (US$350 billion), China will have a de facto veto power in most of the NDB’s key decisions, even though voting powers are theoretically equal since all five members will contribute US$10 billion to the bank’s US$50 billion initial subscribed capital.

China’s financial might is already acknowledged in the contributions to the BRICS Contingent Reserve Arrangement (CRA), which was dubbed a ‘mini-IMF’ by the Russian Finance Minister Anton Siluanov. There China will provide US$41 billion (a tiny 1% of its US$4 trillion mountain of foreign reserves), while Russia, Brazil and India will only contribute US$18 billion each, with South Africa, the smallest economy, adding another US$5 billion.

Given China’s apparently overwhelming influence in the NDB, it will be interesting too see how much autonomy and freedom non-Chinese officials (both at the senior and junior levels) will have. The BRICS leaders have agreed that the institution’s first president will be Indian (a Russian will chair the board of governors and a Brazilian the board of directors), and that his or her mandate will last five years. After that, there will be a rotating presidency with Brazil, Russia and South Africa next in line for appointing the president, so that China will not be presiding the bank in two decades. This could be seen as a major concession. The question is whether the non-Chinese presidents will have room for manoeuvre, and whether (and this is not a minor issue) junior officials, say from Brazil or South Africa, will be able to freely access their otherwise censored Google, Twitter and Facebook accounts. If China allows this level of autonomy and freedom both at the top and the bottom of the NDB’s operational structure, it will prove its commitment to multilateralism and show that it acts differently from the US.

The BRICS have diverse cultural heritages, political systems and economic fundamentals. These disparities will be the source of discrepancies and tensions in the governance structures of the BRICS group as a whole and of the NDB in particular. However, Western policymakers and pundits should not make the mistake of dismissing these initiatives as unworkable and therefore irrelevant. Now that the devastating effects of the Global Financial Crisis (2007-09) are starting to be overcome –with signs that the US and Europe are growing again (the former more than the latter)– many in Washington and the European capitals think that we can return to business as usual. They are failing to accept the fact that the US-led international financial system, based on US dollar hegemony and unfettered financial markets, has lost its legitimacy among a large number of financial and political elites in the emerging markets.

We are witnessing a historic power shift from the West to the Rest, and the NDB is thus far the phenomenon’s most symbolic institutional representation. In order to manage the transition smoothly it would be wise for Europe not to be seen as constantly siding with the US in trying to obstruct any attempt to reform the international monetary and financial system. This will only increase tensions and foster the likelihood of a power game between competing blocs in which the US and Europe are on one side and the BRICS on the other. Europe will remain the US’s junior partner, but this should not preclude it from becoming a useful power broker between the US and the BRICS.