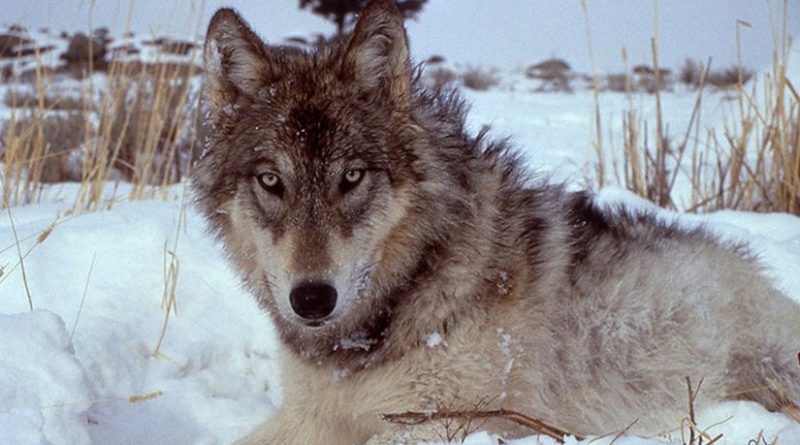 Wolves lower the risk of interacting with humans during the reproduction period –- when they are most vulnerable — and adopt some similar behaviors in their areas, from Alaska to India and Afghanistan, according to a new study published in the journal Biological Conservation, which has as its first author Víctor Sazatornil, collaborator at the Department of Evolutionary Biology, Ecology and Environmental Sciences of the University of Barcelona.

The wolf (Canis lupus) covers a wide area on Earth compared to most of terrestrial mammals. This fact, together with the ancestral conflict with the man and their survival capacity, makes the wolf to be considered one of the most capable animals to prosper in any kind of environment, including the human-dominated ones.

This perception is not wrong, but the wolf’s vulnerability towards men reaches a high point at some moments of its life cycle (reproduction period, etc.) according to the article by this team made up by 27 researchers from 12 countries, published in the journal Biological Conservation.

According to Víctor Sazatornil (UB), “after revising 728 breeding places from different wolf areas, we found that, in general, wolves lower the risk of interaction with humans by placing their breeding areas in places far from human activity territories, or placing them in areas with more refuge, unseen or with difficult access for the man. This behaviour seems to be more present where there is more human presence”.

When the wolf seeks refuge for the baby

The authors found general patterns in the breeding areas of wolves. Having in mind the hunting history by men in Eurasia and North America, the scientific team states that in Europe and Asia wolves are sensitive to humans when selecting the areas where to take care of their babies and they usually go for the highest and abrupt areas in their territories. However, in North America, this sensitiveness is not the same and wolves use to choose valleys and softer relief areas.

“In Eurasia there is a narrower co-existence between wolves and human activity. Therefore, by sticking in more humanized areas, they are more careful with the breeding areas to maintain the balance with the higher exposure to humans,” said Víctor Sazatornil, who is working on his doctoral thesis under the supervision of José Vicente López-Bao (University of Oviedo) and Alejandro Rodríguez (Doñana Biological Station, EBD-CSIC) and tutored by Professor Santiago Mañosa (Department of Evolutionary Biology, Ecology and Environmental Sciences and the Biodiversity Research Institute (IRBio).

According to the expert José Vicente López-Bao, “one of the hypotheses we consider is that the different persecution history done in both continents can be a reason to explain the seen patterns. In Eurasia, persecution started with the appearance of farming and it got stronger gradually, while in North America they ended with the wolves in big areas some decades after colonization and with efficient means from the very first moment”.

During North America’s colonization, they had efficient means –- fire, guns, poison, etc. — to go after big mammals. For instance, the American bison population went from millions before the Europeans’ arrival to a few hundred in the late 19th century. Regarding the wolf’s case, a period of exposure to persecution different between continents could have influenced in the adaptation of the species protection in Eurasia, where the adaptation process was more gradual.

Surviving in the most humanized environments

According to the authors, the management of the habitat for wolves goes unnoticed in humanized environments –for instance, the Iberian peninsula- because they probably assume that it doesn’t affect much to the species, which has survived until now in this environment. “We should at least guarantee the presence of small areas inside those territories where there is preservation of plants offering protection and human activity is controlled during the breeding period”.

One thought on “Wolves Seek Refuge From Hunting During Breeding Period”