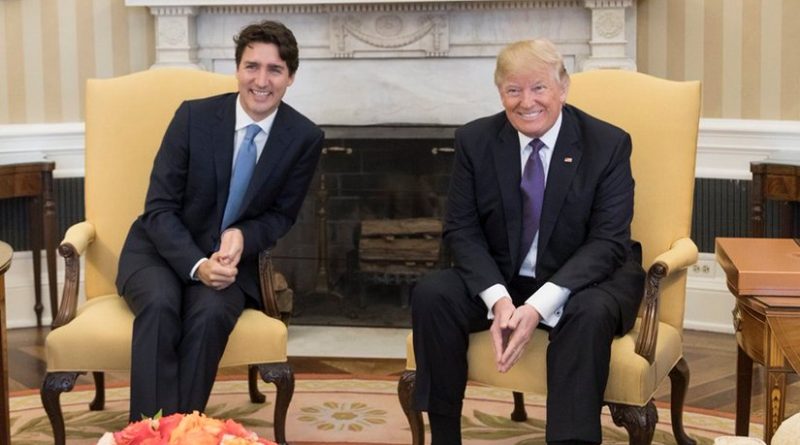 Picture two men. Both are North American leaders; both have won their most recent election and are about to face another. One of these men is constantly accused of racism; the other is not, yet apparently has a history of wearing black/brown face. The former is none other than President Donald Trump, and the latter is the Canadian Prince of Progressive himself, Prime Minister Justin Trudeau.

Only Trump faces the constant vilification of an increasingly hostile left for incidents that when taken out of context and with just enough innuendo, could be deemed by a far too fragile media class as in bad taste. Trudeau appears to have been given a free pass by the very same media that has sought to destroy careers for far less.  As long as the progressive mantra is constantly sung, all sins can be forgiven.

When the initial picture emerged of Trudeau dressed as an Arabian Knights character, replete with darkened skin and a turban, the PM was quick to board a plane for a quick presser where he explained:

“It’s something that I didn’t realize was racist at the time, but know I recognize it was something racist to do and I regret.”

A further admission followed that he might also have worn “make-up” when impersonating Harry Belafonte singing the Banana Boat Song (Day-O). And not to be outdone, a third piece of footage has begun circling the internet that claims to be a video of Trudeau yet again wearing blackface, although this latest has not been confirmed by Trudeau and may, in fact, turn out to be someone who looks strikingly similar.

One Rule for Some

For many in the public sphere, it seems that it is not the act of wearing darkening make-up that has caused offense, but rather that Trudeau himself is all too quick to call out others who have engaged in questionable behavior regarding race. The word “hypocrite” has been written and posted more than once regarding this story.

What seems most irksome is that this should not be a surprising development for Justin Trudeau. He was aware that he engaged in this behavior in the past and must have had an inkling that the photos would one day be released. He chose to wait and hope that they would go unnoticed when he could have – if he were truly an honest man – brought up this topic himself. Yet that path would have required courage and personal integrity.

However, the PM should not worry himself unduly over these photographs. The Canadian Broadcasting Corporation (CBC), reacting to potentially the biggest scandal this side of summer, chose to run as their top story, “Is Meatless Meat Really Better for Your Health & the Planet.”

American media was also not overly keen on splashing this across the front pages.

Ultimately, this will do little to hamper Trudeau’s chances of re-election or his public persona. With the media feeding this story only as much as they absolutely have to, it will all be forgotten about by the end of the week. Like Gov. Ralph Northam of Virginia, his sins will be wiped away by a public apology and a promise to learn from his mistakes. If only that were all it took for those who do not follow the progressive mantra.

Home » Does Trudeau Get A Brownface Free Pass? – OpEd