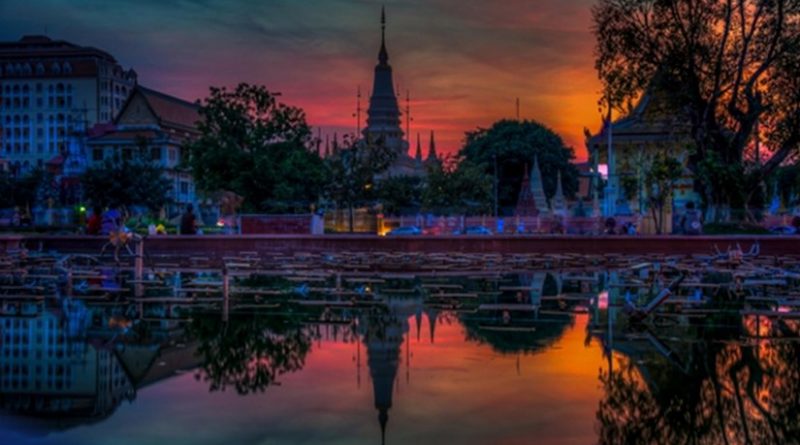 Cambodia is no longer going forward, it is slipping backwards, as it has many times before. Earlier this month the government asked the Supreme Court to dissolve the main opposition coalition. One opposition leader, Kem Sokha, was sent to prison in September and the other, Sam Rainsy, is in exile. The English-language newspaper, The Cambodia Daily, has been closed and the relatively free radio stations leant on and a number closed. The decades-long Prime Minister, Hun Sen, talks about rebels in the capital, Phnom Penh, plotting to overthrow the government.

Good things still happen. The economic growth nearly touches 7% year after year. Land reform has worked. The health and education of the poor has markedly improved. In other countries this might be a prelude to political liberalisation. But not in Cambodia. Hun Sen, who before has won many elections, some reasonably honest, some rigged, now fears defeat at the polls next year.

To understand why Cambodia is so we must go back 47 years before the genocidal movement, the Khmer Rouge led by Pol Pot, took over.

In 1970 a pro-American military junta led by Lon Nol deposed King Sihanouk, who had succeeded in keeping his country out of the Vietnam War.

Lon Nol threw his weight behind the U.S. Cambodia became a pawn in the Vietnam War. While he was in power he encouraged the U.S. to bomb the Khmer Rouge movement which roamed in the interior, hitting targets using eight-engined B-52s, each capable of carrying 25 tons of bombs. Napalm was used unsparingly. In the end the Khmer Rouge overthrew Lon Nol in his bastion in Phnom Penh.

Ironically, later, the U.S. came to support the Khmer Rouge against the North Vietnamese – “My enemy’s enemy is my friend”. Without this later U.S. support, argued Sydney Schanberg who was the New York Times’ correspondent in Cambodia, the Khmer Rouge, which was no serious threat in 1970, “being a motley collection of ineffectual guerrilla bands, totalling at the most 3,000, could never have grown into a murderous force of 70,000.”

Fast forward to 1979. The Vietnam War ended in 1975 with the U.S. defeated. The Khmer Rouge were in power in Cambodia. Besides continuously provoking Vietnam with military incursions, at home they had deported everyone from the cities and made them work 15 hours a day on the farms. Intellectuals and teachers were tortured and murdered. 2 million people were killed.

The North Vietnamese invaded Cambodia in 1979, repulsing a major attack by the Khmer Rouge, and installed in power ex-Khmer Rouge dissidents. One of them was Hun Sen who became prime minister in 1985 and has kept that position almost ever since.

Because the hated North Vietnamese installed the Cambodian government, the U.S. persuaded its allies to vote for the Khmer Rouge to keep Cambodia’s seat at the UN. Although from the safety of the Thai border the Khmer Rouge went on slaughtering Cambodians the U.S. did not change its mind until 1990.

To everyone’s surprise the Big Five at the UN decided to make Cambodia a protectorate. They mounted a reasonably fair election. Hun Sen did not win but he refused to step down. A compromise was found with King Sihanouk returning to power and Hun Sen becoming his number three. Before long, after a two-day civil war with the king’s son, he was number one again, and still is. The Khmer Rouge continued with their attacks, boosted by all the help they had received in the past on the Thai border from the US and China.

Despite its U-turn the U.S. (and its allies) have never apologised for their long support of the Khmer Rouge. President Bill Clinton made an apology on a visit to Guatemala for the wrong done in supporting the country’s military death squads. But in Phnom Pen I was told by a senior U.S. diplomat that they were under strict orders by the Obama Administration not even to discuss it.

People from different political perspectives draw different conclusions. I’ve concluded that the long period when the U.S. and the Europeans (except Sweden) supported the Khmer Rouge embittered Hun Sen and most Cambodians. It helped build his popularity. It is that popularity he has drawn upon, together with his skill and ruthlessness in political manoeuvring.

He has made the economy an Asian star. Cambodia attracts a lot of foreign investment. It has decreased the number of people in poverty faster than any other Asian country, apart from China and Bangladesh, Cambodia is reasonably efficient despite high levels of corruption. Hun Sen feels that his opponents are being helped by outside forces. Certainly they don’t get the large amount of money they have available from inside Cambodia.

Those of us who believe in democracy must criticise his effort to fix next year’s election. But it is easy to understand his motivation. [IDN-INPS – 17 October 2017]

*For 17 years Jonathan Power was a foreign affairs columnist and commentator for the International Herald Tribune – and a member of the Independent Commission on Disarmament, chaired by the prime minister of Sweden, Olof Palme. He is the author of a newly published book, “Ending War Crimes, Chasing the War Criminals” (Nijoff). He also authored “Like Water on Stone – the History of Amnesty International” (Penguin). He forwarded this and his previous Viewpoints for publication in IDN-INPS. Copyright: Jonathan Power.

Home » Cambodian Economy On The Rise, Democracy On The Wane – OpEd