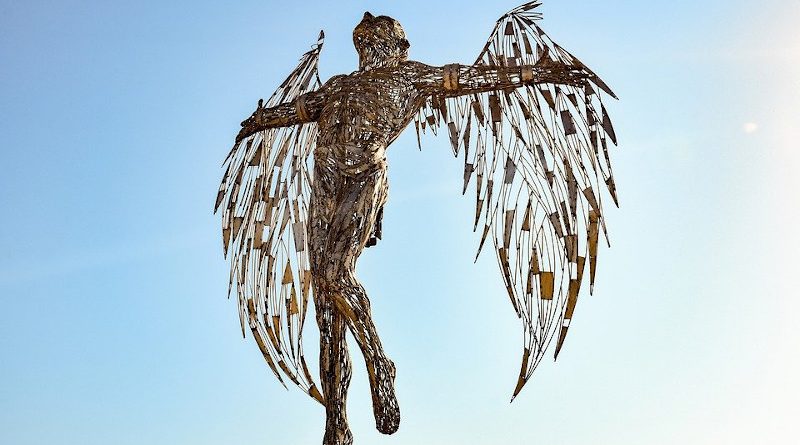 In Greek mythology, Icarus – in trying to escape a bad situation – became reckless and flew too close to the sun, plunged into the sea and perished. This ancient parable has current relevance for Southeast Asian countries. As the US-China confrontation in the South China Sea heats up and pressure mounts to chooses sides, they have increased the tempo of what Singapore’s former Ambassador Bilahari Kausikan calls their instinctive “diplomatic dance” learned over centuries of bitter experience. https://mothership.sg/2020/08/asean-china-united-states-binary-bilahari-kausikan/#:~:text=Asean%20is%20complex%20%26%20can’t,a%20%22two%2Dhorse%20race%22&text=The%20undiplomatic%20diplomat%2C%20as%20he,a%20two%2Dhorse%20race.%22

The steps in this intricate dance include “balance, hedge and bandwagon” and, I would add, flip-flop.  But they are going to have to be really quick and fancy on their feet to dance their way out of this dilemma.

These countries do not want to choose between the two.  They want to “remain the masters of their own destiny” and maintain peace and stability in the region. https://www.thestar.com.my/aseanplus/aseanplus-news/2020/09/12/asean-intends-to-remain-the-master-of-its-own-destiny-says-hishammuddin In particular, they do not want to become puppets or surrogates for either one as happened during the Cold War. This can and did result in disaster when one great power tries to undermine the leadership of a country that it considers on ‘the other side’.  They also do not want to lose their supposed collective ‘centrality’ in managing regional security.

Moreover, while many are more ideologically aligned with the U.S. and prefer its security protection, they have economic and longer term geopolitical reasons that make them reluctant to confront China – even with U.S. backing. https://johnmenadue.com/why-australias-strategic-situation-is-far-worse-than-we-think-afr-6-7-20/;https://nationalinterest.org/blog/skeptics/south-china-sea-showdown-heres-how-america-trying-contain-china-its-own-backyard https://nationalinterest.org/blog/skeptics/south-china-sea-showdown-heres-how-america-trying-contain-china-its-own-backyard    They want to remain ‘neutral’ and benefit from both. But that is a complicated dance indeed and not without its dangers.

The latest uptick in the contest began on 13 July when US Secretary of State Mike Pompeo gave an in-your-face anti-China policy statement on the South China Sea that raised China’s hackles and the stakes.  https://www.lawfareblog.com/growing-risk-inadvertent-escalation-between-washington-and-beijing

The U.S. has also ramped up its military posture there to show it means business. China has responded in kind and more—both diplomatically and militarily, and the contest for the hearts and minds of Southeast Asian countries has reached a new level of intensity.

As expected, this contest was front and center at the recent round of ASEAN hosted meetings. In the run up to  – and at – the meetings, China and the U.S. sharply criticized each other and each appealed to the Southeast Asian countries to support their position.

This is only a prelude to what is to come.   The U.S. and China see the contest as a win – lose struggle – and neither– especially the U.S. –likes to lose.  Indeed the U.S. in its appeal to common values and to join it in an anti-China front is essentially saying “you are with us or against us”. https://www.defense.gov/Newsroom/Speeches/Speech/Article/2330263/secretary-of-defense-virtual-keynote-speech-at-apcss-as-prepared/ So far China and the U.S. have been playing relatively ‘nice’.  But this contest for regional domination is now going to get more brazen and nasty – especially in the run up to the US Presidential election.

Some like Kausikan hope that the region’s multipolarity “creates agency to pursue our own interests because it widens the space and opportunity for maneuver,” adding that countries need to have “the wit to recognize their agency, and the courage and agility to use it”. But the option that some suggest of appealing to third parties to maintain peace and stability in the region exists only in theory and reality has a way of biting its deniers in the britches.

It is up to the states themselves to preserve their unity and centrality– and they are trying to do so. The ASEAN Foreign Ministers responded to Pompeo’s July13 statement by reaffirming their intent to maintain Southeast Asia as “a region of peace, security, neutrality and stability” amid “growing uncertainties resulting from the changing geopolitical dynamics in the regional and global landscape.” https://news.cgtn.com/news/2020-08-09/ASEAN-FMs-vow-to-maintain-Southeast-Asia-as-region-of-neutrality–SO9FhXLYqI/index.html

But it is going to take a lot more than words to achieve this.

As unity wanes, it may become every country for itself. Already cracks in ASEAN have developed with members like Cambodia clearly supporting China and others like Vietnam opposing it.  As the two ‘stars’ step up their soft and hard power pressure– and hedging room narrows and disappears, it does not seem likely that ASEAN can stay united and ‘central’ in regional security affairs.  Indeed, it is not at all clear that most Southeast Asian countries will be able to ‘dance’ sufficiently well to remain free from the inexorable gravitational pull of one ‘star’ or the other and thus may not be able to avoid the fate of Icarus.

A version of this piece first appeared in The ASEAN Post