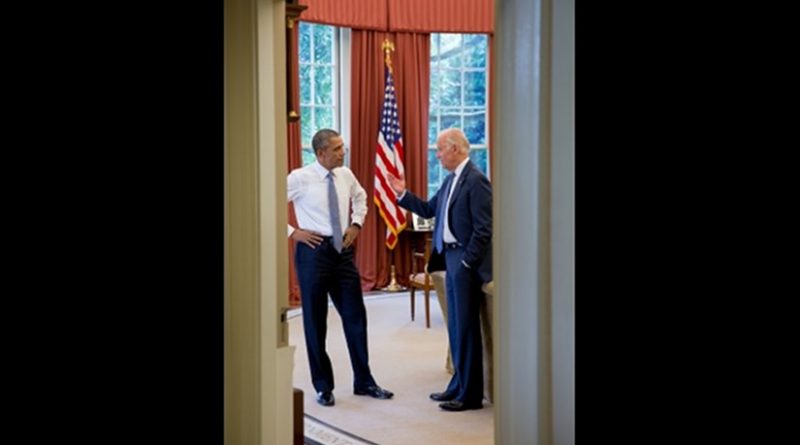 In this week’s address, the US Vice President Joe Biden spoke to his and President Barack Obama’s commitment to protecting our country from terrorists, while also providing refuge to some of the world’s most vulnerable people. He emphasized that he and the President consider the safety of the American people to be their first priority. But slamming the door in the face of refugees fleeing precisely the type of senseless violence that occurred in Paris last week would be a betrayal of our values. The vast majority of Syrian refugees are women, children, and orphans; survivors of torture; and people desperately in need of medical help. And all refugees undergo the highest level of security checks of any category of traveler to the United States. The Vice President reminded us that ISIL wants us to turn our backs on Muslims victimized by terrorism. We win by prioritizing our security while refusing to compromise our fundamental American values of freedom, openness, and tolerance.

Good morning everyone. This past week we’ve seen the best and the worst of humanity. The heinous terrorist attacks in Paris and Beirut, in Iraq and Nigeria. They showed us once again the depths of the terrorist’s depravity.

And at the same time we saw the world come together in solidarity. Parisians opening their doors to anyone trapped in the street, taxi drivers turning off their meters to get people home safety, people lining up to donate blood. These simple human acts are a powerful reminder that we cannot be broken and in the face of terror we stand as one. In the wake of these terrible events, I understand the anxiety that many Americans feel. I really do. I don’t dismiss the fear of a terrorist bomb going off. There’s nothing President Obama and I take more seriously though, than keeping the American people safe.

In the past few weeks though, we’ve heard an awful lot of people suggest that the best way to keep America safe is to prevent any Syrian refugee from gaining asylum in the United States.

So let’s set the record straight how it works for a refugee to get asylum. Refugees face the most rigorous screening of anyone who comes to the United States. First they are finger printed, then they undergo a thorough background check, then they are interviewed by the Department of Homeland Security. And after that the FBI, the National Counterterrorism Center, the Department of Defense and the Department of State, they all have to sign off on access.

And to address the specific terrorism concerns we are talking about now, we’ve instituted another layer of checks just for Syrian refugees. There is no possibility of being overwhelmed by a flood of refugees landing on our doorstep tomorrow. Right now, refugees wait 18 to 24 months while the screening process is completed. And unlike in Europe, refugees don’t set foot in the United States until they are thoroughly vetted.

Let’s also remember who the vast majority of these refugees are: women, children, orphans, survivors of torture, people desperately in need medical help.

To turn them away and say there is no way you can ever get here would play right into the terrorists’ hands. We know what ISIL – we know what they hope to accomplish. They flat-out told us.

Earlier this year, the top ISIL leader al-Baghdadi revealed the true goal of their attacks. Here’s what he said: “Compel the crusaders to actively destroy the gray zone themselves. Muslims in the West will quickly find themselves between one and two choices. Either apostatize or emigrate to the Islamic State and thereby escape persecution.” So it’s clear. It’s clear what ISIL wants. They want to manufacture a clash between civilizations. They want frightened people to think in terms of “us versus them.”

They want us to turn our backs on Muslims victimized by terrorism. But this gang of thugs peddling a warped ideology, they will never prevail. The world is united in our resolve to end their evil. And the only thing ISIL can do is spread terror in hopes that we will in turn, turn on ourselves. We will betray our ideals and take actions, actions motivated by fear that will drive more recruits into the arms of ISIL. That’s how they win. We win by prioritizing our security as we’ve been doing. Refusing to compromise our fundamental American values: freedom, openness, tolerance. That’s who we are. That’s how we win.

May God continue to bless the United States of America and God bless our troops.

Home » Biden: In Face Of Terror, We Stand As One – Transcript