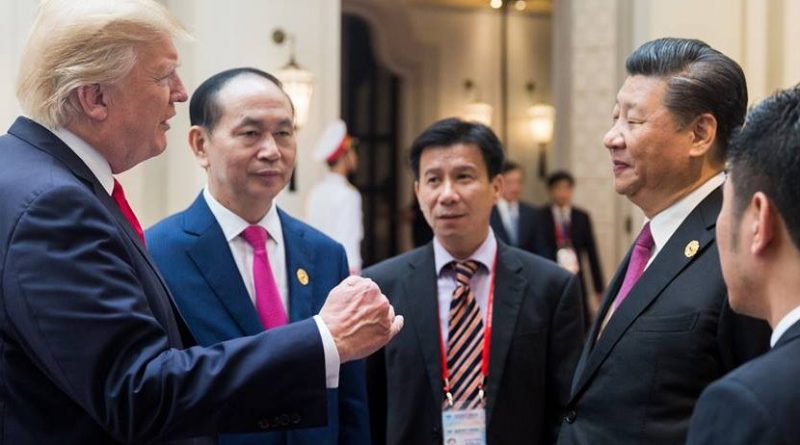 Chinese President Xi Jinping has warned his US counterpart Donald Trump against meddling into Beijing’s internal affairs, saying that Washington’s actions were harming “mutual trust” and cooperation, such as they are.

The two leaders held phone talks on Friday, and provided markedly different accounts of them. Trump used Twitter, his medium of choice for the affairs of state, to brag about having a “very good talk” with Xi about their “giant Trade Deal” in the making.

Xi was more traditional about it, releasing a statement through the state news agency Xinhua. His readout, however, focused on a less pleasant part of the discussion, in which he told Trump about his concerns with US behavior and repeated interference into the internal affairs of China which Beijing found harmful. Washington’s words and actions on Taiwan, Hong Kong, Xinjiang and Tibet were detrimental to the mutual trust and bilateral cooperation between the US and China, Xi told Trump, expressing hope that the US is serious about implementing the “important consensus” reached by the two leaders.

There was steel behind the standard diplomatic language. Earlier in the day, Xi had visited Macau and warned “external forces” against interference and overseas “finger-pointing” over Chinas internal affairs.

I must emphasize, since Hong Kong and Macau’s return to the motherland, dealing with these two Special Administrative Regions’ affairs is entirely China’s internal affairs and none of the business of foreign forces,” he said.

Macau was once ruled by Portugal, and ceded back to China in 1999, two years after Britain relinquished nearby Hong Kong, now the site of months-long protests by opposition activists seeking independence from Beijing. China has repeatedly complain about foreign interference in Hong Kong protests, which originally broke out in the autonomous territory over the now-scrapped extradition bill.

The US and some European nations have openly voiced support of the protesters, with opposition leaders visiting Washington.

Last month, the US Congress adopted a legislation that allows Washington to sanction both Hong Kong and mainland officials over their alleged mistreatment of the protesters.  The law sparked an angry reaction in Beijing, with China accusing the US of blatantly meddling into its internal affairs.

Home » Xi Warns Trump Against US Meddling In China’s Affairs