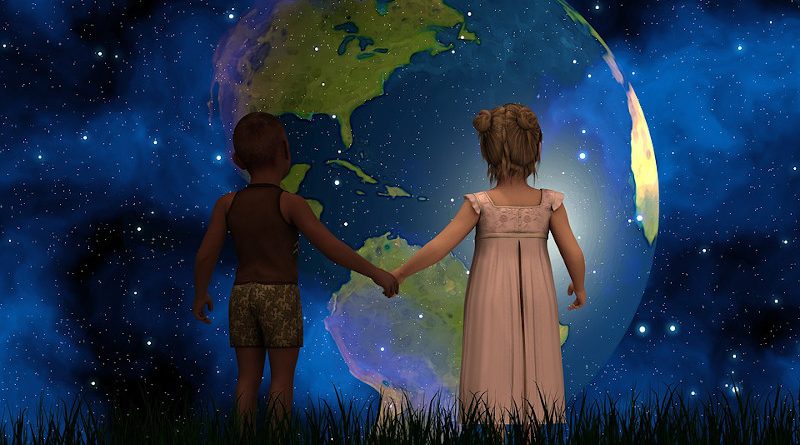 I suppose that I should not be indulging in nostalgia while the pandemic reaps its deadly ransom throughout the planet. A case could be made for delaying any criticism of political governance in human affairs and concentrating on battling COVID 19. Certainly, amongst some politicians, mainly those in power, this might be considered the moral thing to do.

However, the line is crossed when the State adopts measures to enhance its own prerogatives at the expense of what was, in the best-case scenario, a dwindling space for the exercise of human freedom. In crossing the line and promulgating new decrees and laws, the State enjoins us to participate in the fight against the pandemic but only on their terms, not ours.

When I look across the border to the south and observe the political rain dance and pandemonium caused by the impostor in the White House amidst the pandemic, I have to thank the American revolutionaries in 1780 for kicking out my family of Tories and exiling them to Québec and Canada. The last four years in the United States has been anything but making America great again.

The pandemic has required a level of public discipline and obedience beyond the pale. Such is the logic of a pandemic. You cannot fight it alone. Yet, these frantic calls for public solidarity to save the health system come after years and years of funneling money into health care. Why is the structure so feeble despite the massive amounts of money that have been diverted to prop up health budgets over the last 20 years?

The metaphor of black holes comes to mind. Is this the universal health care model that inspired so many Americans to embrace Obamacare? The weakness is mainly due to a failure by the political class to focus and plan for the future. As a child, I used to read often the story of the ‘Three Little Pigs’ and admired the house built of brick rather than the one of straw. In any event, now it is time to pay the piper and guess who pays the bill? Political parties continue to play a significant role in the failure to provide and protect its citizens.

Of course, being a colonial tributary of the British parliamentary system does not help either. There has never been a more clever form of government designed to scheme and hide truth from the people. All of this is cloaked in a fanfare of media and politicians celebrating our differences from the United States and crowing about democracy and freedom. The three pillars of society – Health, Justice and Education are infected with this not so jovial political infamy. For an American, it would be intolerable.

The American road to anarchy, irrationality and political instability has taken another path through the admittedly bizarre and unseemly concept of racism in the 21st century. For a Canadian, this might appear intolerable.

In Canada, one only has to imagine the abuses of power inherent in the appointment of judges by political party elites, the existence of a non-elected Senate full of semi-retired bagmen and a shiftless foreign monarchy symbolizing and sealing our colonial status, if not materially then in mind or culturally. How can it be expected that citizens take the pandemic measures seriously given the ingrained abuses of the British parliamentary system and how it operates in a seemingly free and benevolent nation?

The ‘We’ scandal is yet another case in point. The pandemic has provided proof that a large portion of the funds earmarked for public purposes has instead been wasted on a corrupt and arrogant political class. Instead of a Humpty Dumpty behind the wheel in Washington, we have the ‘King of Kensington’ (https://www.imdb.com/title/tt0072529/mediaviewer/rm281246208/) in Ottawa.

In Foreign Affairs, the same ‘bovaryisme’ (erstwhile provincialism characterized by coquetries and cupidity) can be observed. Domestic politics drives foreign policy making. The next federal election will once again relegate international issues to the back burner and insignificance.

The narrative goes: Canada is a middle power, and the political class enjoys invoking this ‘fact’ to excuse its own indolence. The case of the two Canadians presently held by Beijing comes to mind. Canada (né pour un petit pain) has wrongly been characterized as a ‘Robin Hood’ abroad spreading good will and peace to war torn and far away lands. On the contrary, Canada distributes export permits to arms dealers like the light armored vehicles to Saudi Arabia for use in Yemen and any domestic disturbances, or drones to Turkey for use by Azerbaijan in the Nagorno-Karabakh conflict.

Meanwhile two innocent Canadians are rotting in a Beijing jail while Canada plays ‘footsy’ with Beijing afraid to invite dissident leaders from Hong Kong and the Uyghurs to raise public consciousness about Beijing’s human rights abuses.

Canadian pork and canola exports trump any human rights. Innocent Canadians are paying the unacceptable price of their freedom to facilitate the vacillations of a weak and corrupt political class in Ottawa headed by Prime Minister Justin Trudeau.

Moreover, one has only to imagine the conflict of interest implications of the present Foreign Minister with loans (recently divested) to Chinese banks! The fact is that the arrest on Canadian soil of a Huawei executive on route to Mexico in December 2018 might very well have been blocked by American civil society, media or independent justice interests thereby rendering the arrest of the two Canadians irrelevant. Instead, under the British parliamentary system, Canadians are at the mercy of executive fiat symbolized by a range of options shared only by our ‘elected’ rulers and autocrats.

Americans would do well to imagine if, around the cabinet table, there was a Minister of Justice who could overrule any court in the land at the drop of a hat. This is the essence of the SNC Lavalin scandal and others that continue to haunt the minority Trudeau government. What is the point of having a constitution if it is constantly overruled by political parties?

In their heart of hearts, the mandarins in Ottawa know what every Canadian diplomat who has served abroad knows full well: Canada’s reputation as a leader in the world ranks far above the status of a middle power although that, too, is fast becoming a modern myth as the Canadian moral tragedy plays itself out in the 21st century. It is a classic case of bovaryisme.

In the early years of the Syrian uprising, Canada was in the forefront of the democratic opposition to the brutal Assad regime. This ‘impudence’ was quickly corrected by the political class and Canada went from having the best information network on the Syrian opposition and revolt to one of the lamest.

Caprice, corruption, dissimulation of truth, political sclerosis, cupidity and coquetries – these are the code words that have come to characterize the Canadian political system. The absence of a media free from the ownership of corporate political interests makes truth telling next to impossible. The impact of this trend is inflicting terrible damage on a public dialogue which is already fundamentally backward in its understanding of the world and its different cultures. The feckless media by and large participates in creating this valueless vision of national purpose. Meanwhile modernity races on, the pandemic’s discoveries go unheeded and mediocrity is used as a political substitute for values and freedom.

In the words of Charles Dickens’ masterful character Ebenezer Scrooge: I shall retire to bedlam. The rest is just humbug.