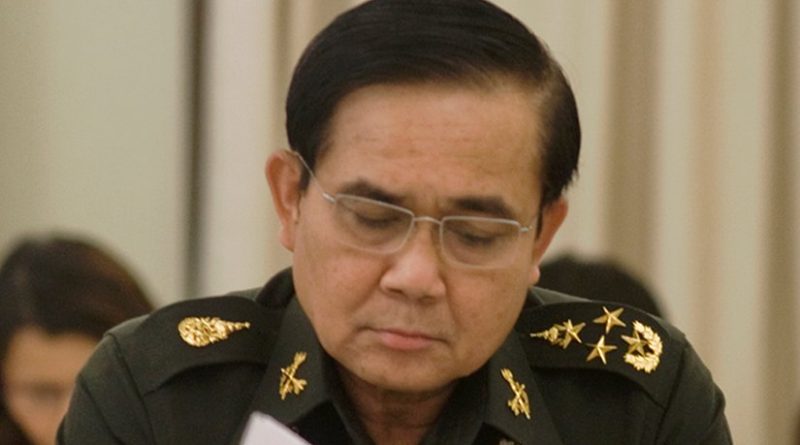 The arrest, which Prime Minister Gen. Prayut Chan-ocha said was for violating the ban on public assembly and political activity, is itself unjustified under the right of all persons to peacefully assemble and protest.

Sirawith has been released after the Bangkok Military Court dismissed the police request for his pre-trial detention. According to Sirawith and eyewitness accounts, around 10:30 pm on January 20, soldiers from the 2nd Battalion of the army’s 2nd Infantry Regiment snatched Sirawith as he was walking with his friends outside the Thammasat University’s Rangsit Campus. Sirawith was then pushed into a pickup truck with no license plate and driven away to an unknown destination.

The ruling National Council for Peace and Order (NCPO) junta denied knowledge of Sirawith’s arrest and his whereabouts until soldiers handed him over to police custody around 2:30 am on January 21. Sirawith said he was blindfolded and beaten while being interrogated by soldiers.

“The abduction and apparent mistreatment of a prominent student activist is further glaring evidence that wanton violations of human rights are the norm under the NCPO’s military dictatorship in Thailand,” said Brad Adams, Asia director. “What’s even worse is Gen. Prayut brushed off international concerns and condemnation, and appeared to tolerate the abusive treatment Sirawith received by emphasizing the military could ‘use any measure’ to carry out an arrest.”